England made history at Wembley on Wednesday night after beating Denmark 2-1 to secure a place in the Euro 2020 final.

However, it was Raheem Sterling who was the centre of attention after stealing the show during their all-important semi-final clash.

Pundits Ian Wright, Gary Neville and Roy Keane heaped praise on the 26-year-old for his performance against the Danes as England ended their 55-year wait to reach a major men’s final. 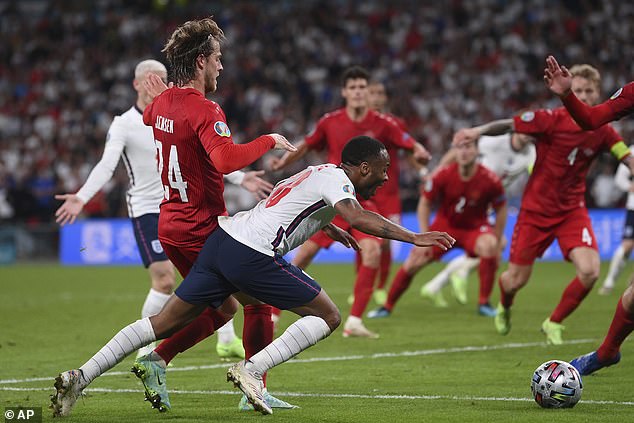 Sterling played a pivotal role in England’s success at Wembley – having had a hand in both of the Three Lions’ goals.

He was responsible for continually hitting the heart of Denmark’s outstanding defence during the 120 minutes of football.

He also earned England’s match-winning penalty after being fouled by Joakim Maehle in the 104th minute. 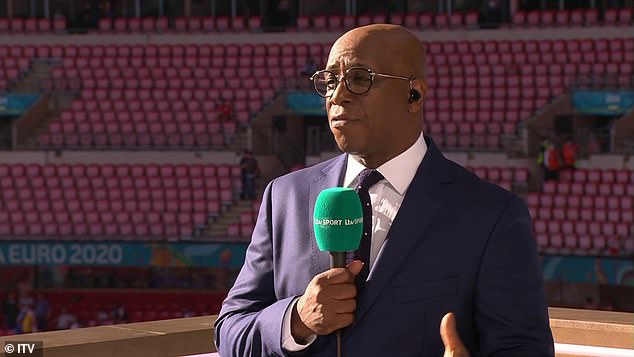 As a result, pundits had nothing but good words to say about the 26-year-old England talisman.

Speaking after the game, Wright said: ‘Raheem Sterling, he’s attacked this tournament, he’s done brilliantly again today. I believe he was the difference. I’m delighted for him, Gareth, the whole team and the entire country.’

Neville said: ‘Denmark played a brilliant game, faded towards the end but I have to say Gareth Southgate his team, the staff, the players everyone of them have been unbelievable. 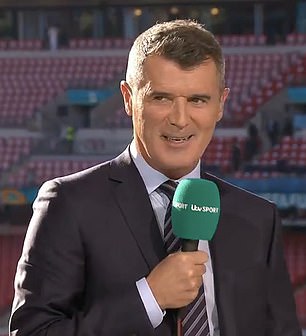 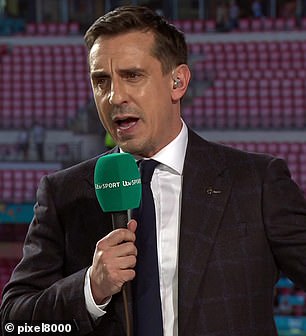 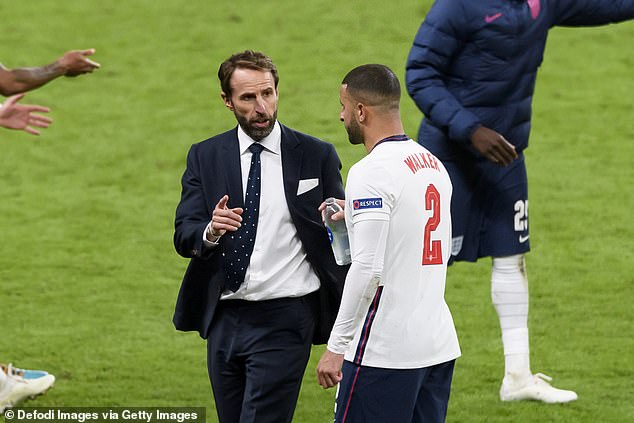 ‘These are not nearly lads, they had to go and do it tonight.’

Keane added: ‘A bit of courage, character, leadership, you can see Gareth, he deserves all the credit in the world. He’s done a brilliant job.

‘Delighted for Gareth and England deserved it. Man of the match was probably Kasper Schmeichel which says a lot, lucky with the penalty, but England certainly deserved it.’