Euro 2020: If England lose to Germany the tournament’s a failure but win and heads can be held high

England’s players should not have to carry the weight of history for Tuesday’s game at Wembley. Germany, penalties; these are failures that are not the current team’s to own.

What Gareth Southgate’s side must carry with them is a different kind of pressure, one made up of responsibility and expectation. Because if they lose this knockout tie against Germany, their Euro 2020 campaign will have been a failure. 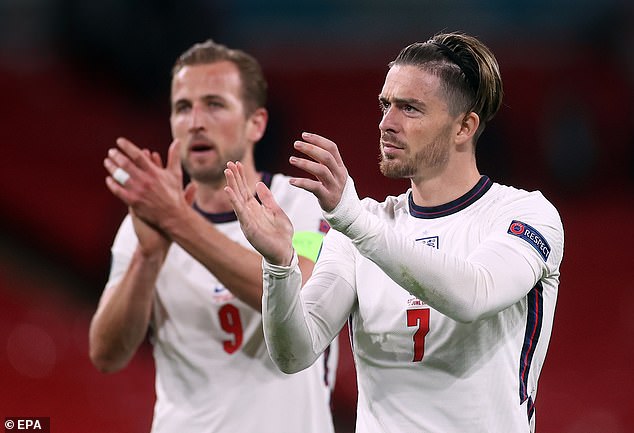 England have been pretty wooden so far in three home games against modest opposition; resolute and determined, for sure, but also wooden.

Their results have been good enough but their football has been short of imagination. Which brings us to what feels like a definitive moment now.

Lose this one against a fairly pedestrian German team and England will have fallen short of what we — and they — expected. Win and everything feels different.

It’s still Germany, so victory would count as a triumph over a significant other. That in itself would stand as a tournament marker of note.

Meanwhile, defeat for Holland has left England’s side of the draw so wide open that a route to the final begins to look clear. 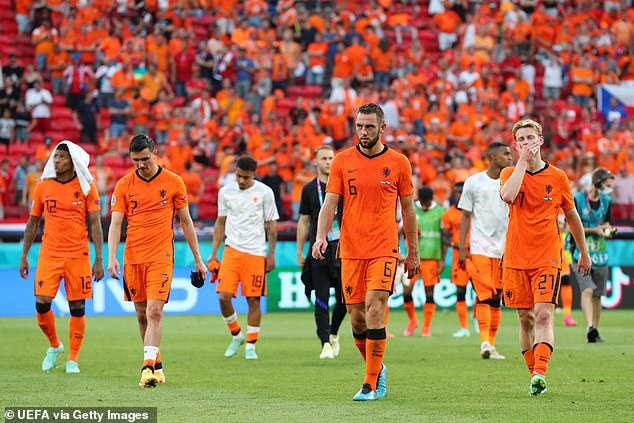 Italy against Austria provided some evidence. Assured and confident after a straightforward victory over Turkey in the first game of the tournament, they played freely in games two and three.

But Saturday night at Wembley was different. Jeopardy came into play and Italy looked an inhibited team, who could have lost had a VAR call not ruled out Marko Arnautovic’s second-half goal for the Austrians.

It would have been a huge shock had Italy gone out. It would have felt like a juggernaut running into a wall that nobody saw. 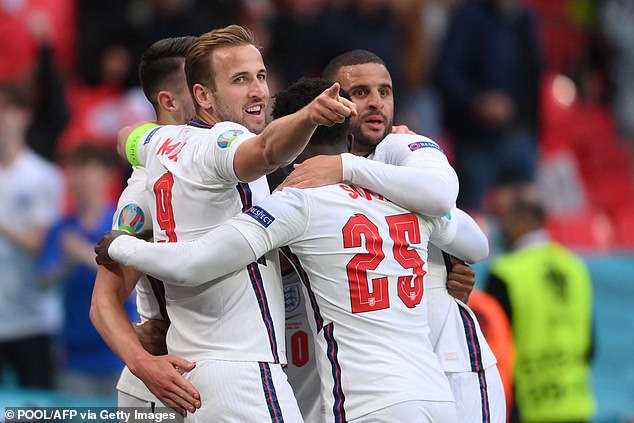 It will not feel like that if England lose. Southgate’s players have had a pretty free ride from the media and public so far and that is OK. They won their group, after all.

But nobody should pretend they have really played all that well, because they haven’t. The rest of Europe will not blink if they are knocked out by Germany.

One important factor will be experience. Harry Maguire’s performance against the Czech Republic in the centre of defence was impressive and therefore reassuring, and Jordan Henderson played well enough as a second-half substitute to remind us that he has a range of passing greater than his two young competitors for that position, Rice and Phillips.

Leeds midfielder Phillips has had a good tournament, but it was revealing to hear him admit on Sunday that one of his first thoughts when on the ball for England is not to make a mistake. 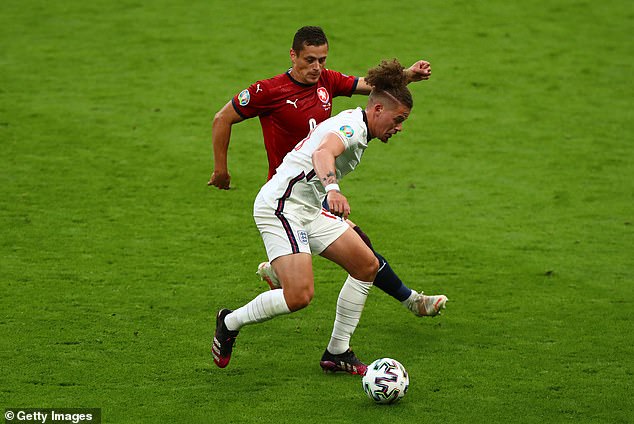 Nobody wants to criticise a young player for honesty, but even so, England will surely need to be brave when they are in possession from this point on.

‘Maybe we do need to be more confident and take a few more risks,’ said Phillips. ‘That’s me personally, as well.

‘Maybe I should turn and go forward. But I am new to the team, so I don’t want to be risking the ball too much and losing a little bit of confidence. But I am in a major tournament, so I have to show what I can do.’

Southgate’s own assertion last week that England’s lack of fluency was due to a shortage of match fitness is difficult to understand. The Premier League season only finished three weeks before England’s first game, and seven of the England squad featured a week later in the Champions League final. That should not be long enough for anyone to physically go off the boil.

A more simple explanation is that some players have been found wanting a little for real form, confidence or tournament experience. It happens. 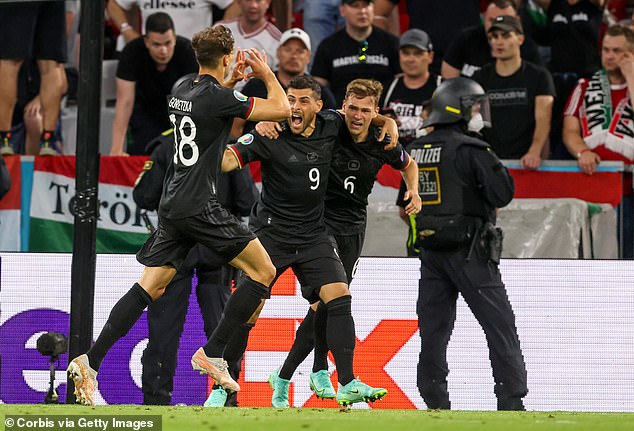 The good news is the Germans have looked similarly afflicted.

Writing in the Sunday Times, Graeme Souness argued that neither England nor Germany could expect to have a player included in a ‘team of the tournament’, and it was a fair point.

Germany’s wing-backs Robin Gosens and Joshua Kimmich have impressed, and John Stones has had a steady fortnight. But that’s about it.

Tuesday, then, might be a strange night. Across Europe, the game will be seen as one of the tournament’s crunch moments, but it’s history that lends it that billing rather than anything either team have produced so far.

Since the last 16 draw was confirmed on Wednesday night, England’s players have been asked constantly about penalties. It is hard to imagine any other country being so wound up about something which only has a marginal chance of happening.

But that is the English. Fixated with the past. Obsessed with the settling of scores. 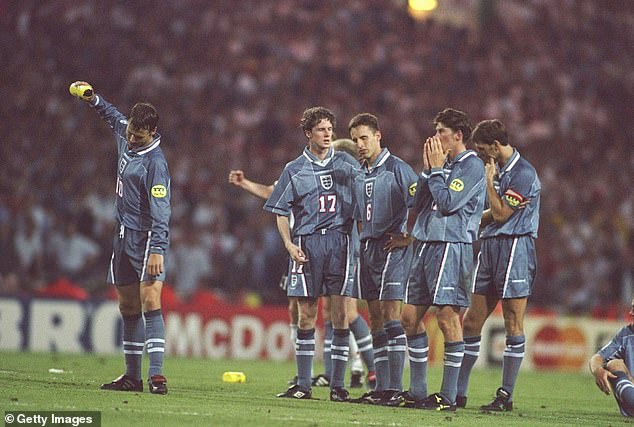 The more encouraging truth is that England have an awfully good chance of winning this game in the traditional manner.

Southgate’s players should not care greatly that it’s Germany, no matter how often we ram it down their throats.

They should simply know that opportunity awaits and that, in order to take it, they might have to play a little more bravely than they have so far.

If they don’t manage it and they suffer another last 16 exit after the Iceland debacle in 2016, they should also be aware that people will want to know why.