Euro 2020: It was bold to start Harry Maguire but he produced a positive first step back

It was 30 minutes before kick-off and England’s warm up had just started when it became evident a significant conversation was taking place on the pitch.

As the squad loosened up, drilling balls to each other and stretching legs, Harry Maguire stood with Graeme Jones, one of Gareth Southgate’s coaching staff, and looked pensive. Jones, was more relaxed and offered encouragement and assurance.

The discussion ended with Jones rattling his hand into Maguire’s chest three times, as if to say ‘don’t worry’.

But he was worried. You didn’t have to be a body language expert for the next 15 minutes to realise that Maguire was not comfortable. Whether it was in the shuttle runs to get the legs going in or during a passing exercise with Kyle Walker, his brow was continually furrowed.

For a few fleeting moments, as the starting line-up played a small-sided game, things became even more pronounced. Each time Maguire moved or made a pass, he followed it with a little hop and flicked out his left foot, the kind you do if you are trying to shake away pins and needles.

There was no panic from any of the coaching entourage who were watching yet Maguire, plainly, was not at 100 per cent fitness. He had warned this would be the case last week when taking on media duties but, even still, it was a situation that led eyebrows to raise.

Imagine if the worst had happened? Given how testing the previous 24 hours had been for Southgate, the sight of the Manchester United man retreating gingerly before the meaningful action against the Czech Republic had started would have been a total calamity. 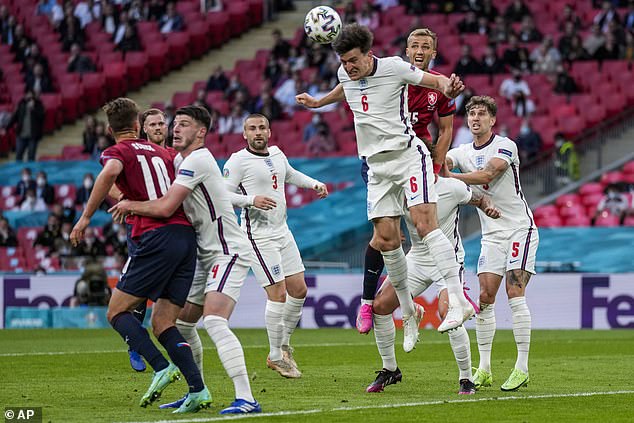 Maguire, in terms of physical fitness, is behind his colleagues. It is 44 days since he rolled his left ankle in a tumble with Aston Villa forward Anwar El-Ghazi and the injury was so severe that the 28-year-old explained he would be feeling its impact for many more ‘weeks and months’.

But it gives you an idea how highly-regarded he is by Southgate that the man in charge was prepared to put his trust in Maguire for a fixture of this significance. He needed every single second available, mind you, to be receive the thumbs up to start but now there was no turning back.

England’s history at tournaments has been pockmarked by key players being selected when not physically sharp – think Bryan Robson (1986), David Beckham (2002) and Wayne Rooney (2006) for your highest-profile examples – and there was definitely risk in Maguire’s inclusion.

He knew it, Southgate knew it, everyone knew it. Maguire plays as a right footer on the left side of central defence but it was so noticeable, even in the early exchanges, how reluctant he was to even try a pass with his weaker, recently damaged foot. 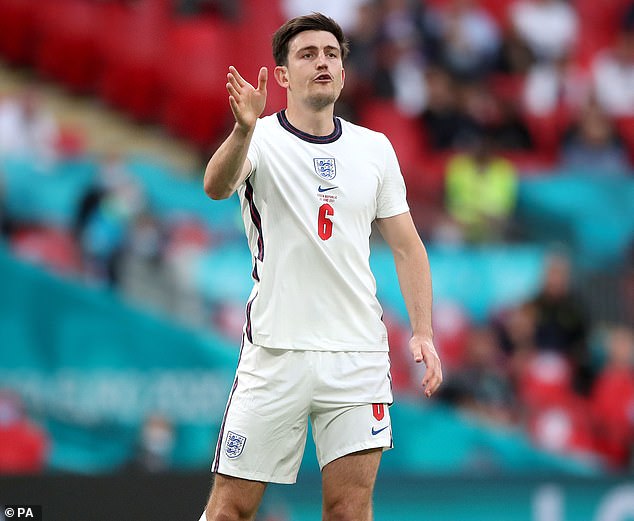 The ball came to him nine times in the first seven minutes and he used his right foot on every occasion; even his first tackle, in the eighth minute, was made with his right foot to dispossess Lukas Masopust when the natural thing to do would have been lead with his left.

Gradually, however, you could see his confidence start to seep back. Maguire, a commanding voice in the team, had implored his team-mates to be ready from the start – Kalvin Phillips, for one, found himself being barked at – and soon the muscle memory began to work again.

The best moment, without question, came in the 25th minute when he pinged a glorious ball out to Harry Kane but England’s captain, after twisting and turning inside Tomas Kalas, saw his shot superbly saved by goalkeeper Tomas Vaclik. Kane, after beating the floor in frustration, was quick to acknowledge the quality of the pass.

Here was a reminder of what Maguire offers. Those who played against him when he was at Hull found it remarkable that none of the big clubs had come to take a chance on Maguire because the quality of his distribution was so high. When he is on song, he gives England a different dimension. 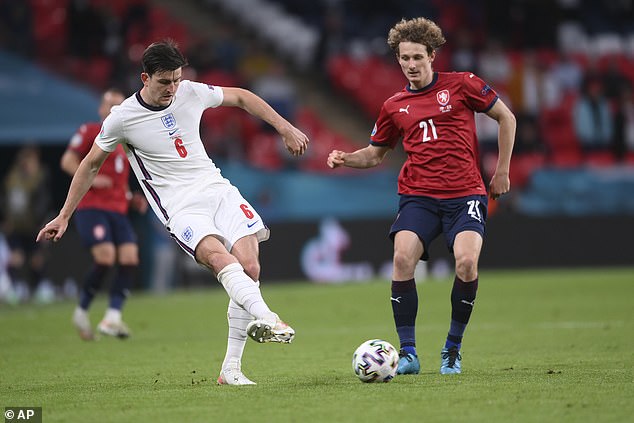 More confidence was able to flood through him in the 28th minute when he got his body in the way of a shot and then followed up by climbing high to head away a cross. To see him like this was the perfect antidote to those worrying first glances.

It must be noted that the Czechs do not boast the same level of forwards England will come up against in the latter stages – Patrick Schick, for one, was disappointingly subdued – so it would be wrong to say that Maguire had a comprehensive workout.

What it is indisputable, nonetheless, is this exercise was successful. He looked jaded at one point in the second period, putting his hands on his haunches and having a good blow, but he was still running strong late on, when carrying the ball deep into Czech territory.

His arrival in this tournament was eagerly-awaited. Maguire, absolutely, produced a positive first step.