By Reuters and Daniel Davis For Mailonline

Italian police prevented 52 fans from attending the quarter-final Euro 2020 match between England and Ukraine in Rome on Saturday as they did not comply with Covid-19 restrictions, a statement said on Sunday.

In an effort to prevent the spread of the highly contagious Delta coronavirus variant, Rome last month introduced a five-day quarantine for anyone coming to Italy who had been to the UK in the previous two weeks.

By cross-checking names of travellers of flights from England and Ukraine with those who had bought tickets, the Italian police identified 52 fans who had not complied with the required quarantine time. These fans also had their tickets cancelled, the police said.

Last week Italy told fans from England not to try to use loopholes in any travel measures to sneak into the quarter-finals clash, even if they had a ticket. 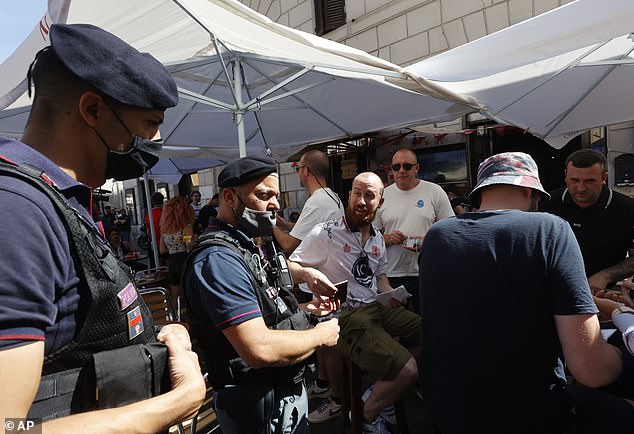 It was not revealed how many of the supporters were from England or Ukraine – but reports in Italy, via The Independent, claimed at least 50 of them were English.

After they were discovered to have failed to comply with the rules, they were placed in hotels around the city to complete their quarantine period.

A stark warning had been issued to fans considering journeying out to Italy, with Andrea Costa, undersecretary for the Italian Ministry of Health, clamping down. 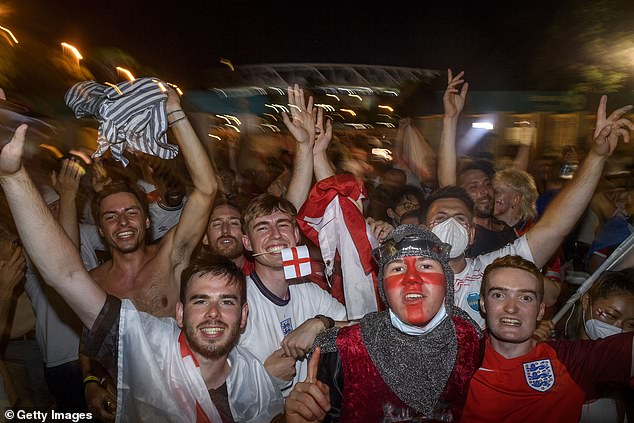 ‘The rules are clear and concise – English fans will not be able to travel to Italy,’ he said.

‘There are currently five days of obligatory quarantine on arrival, so unless fans arrived before June 28 and completed quarantine, there is no point travelling to Rome.

‘Those that do attempt it and are caught will be fined and punished. Rules have to be obeyed and we cannot afford to be running any risks.’

Non-essential travel is also banned between Ukraine and Italy. 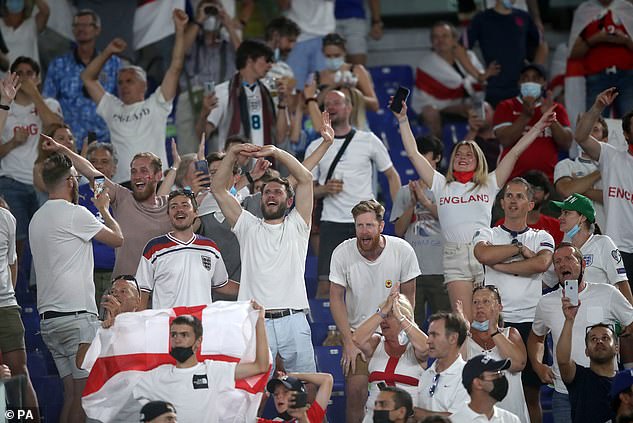 As a result of the crackdown, any England fans currently in Rome will not be able to watch the Three Lions take on Denmark back at Wembley on Wednesday.

Travellers from Italy, which is on the UK Government’s amber list, have to self-isolate for 10 days after touching down.

A party atmosphere spread across the country after England’s latest victory this summer, however, with their semi-final now looming large. 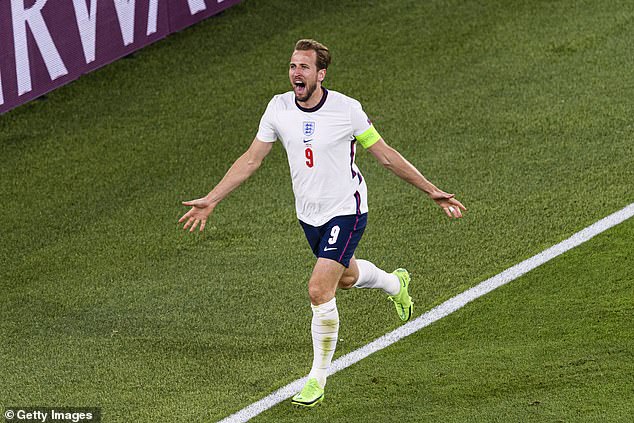 Harry Kane scored twice in the emphatic win, and England will take on Denmark at Wembley

Hundreds of thousands of supporters took to the streets to toast the result into the early hours, particularly in hotspots across London.

Back in Rome, Three Lions fans were able to cheer on the team from inside the Stadio Olimpico, with many expatriates allowed into the ground.

The bars and restaurants around the city were also packed out as thousands made sure to watch on as England took another step towards a first trophy since 1966.