Euro 2020: Jadon Sancho vows to ‘show everyone what I can do’ if given England chance versus Germany

England’s forgotten man Jadon Sancho has vowed to ‘show everyone what I can do’ if given a rare opportunity to play at Euro 2020 against Germany.

The Borussia Dortmund winger is part of the Three Lions squad preparing for their last-16 tie at Wembley on Tuesday, but has been given just six minutes of action so far as England finished top of Group D with seven points.

The 21-year-old only made his first appearance in the third game against Czech Republic as a late substitute.

But however brief it was, Sancho says it was a ‘special’ moment to make his major tournament debut and said he will be ready to showcase his talents if given the chance.

Speaking on The Official England Podcast, he said: ‘It was definitely special to get my first minutes in the game. It was something that I’ll never forget.

‘Hopefully I can get more minutes in games to come. I’ll just take my time and when I get my chance to play, I’ll show everyone what I can do.

‘I think competition helps everyone. If you don’t have competition then sometimes you can get carried away and you don’t see the things you need to work on to try to improve your game. 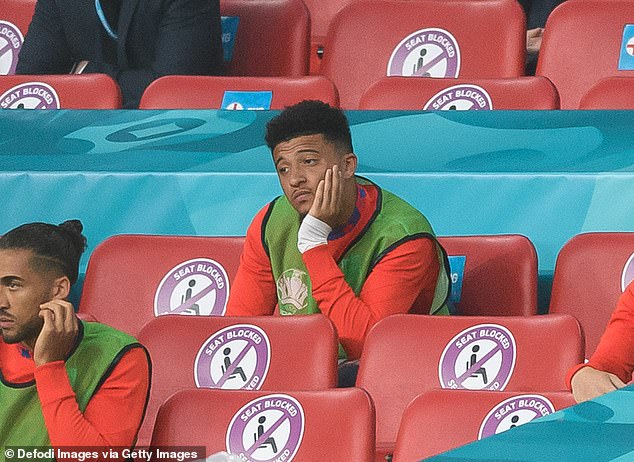 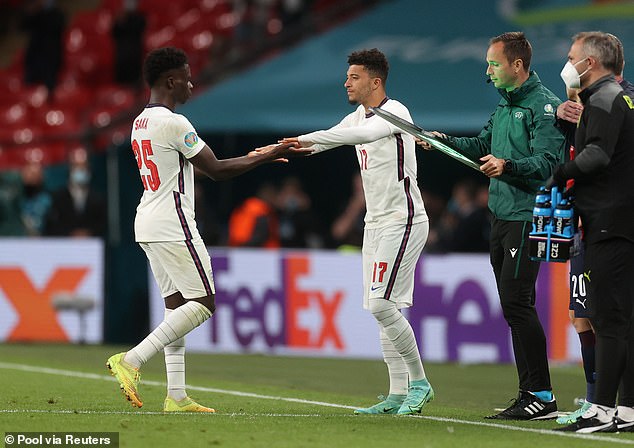 When pressed on Sancho’s sparing minutes prior to the 1-0 Czech Republic victory, Southgate explained that the winger relative international inexperience was why he had been sparing up to that point.

‘We’ve got some explosive options and a lot of them are young players and experiencing a big tournament for the first time’, the England manager said.

‘So as a coaching staff we are realistic about our expectations of them as individuals.

‘Jadon is in that mix. He’s trained well the last few days and of course we have got those options and those decisions to make.’ 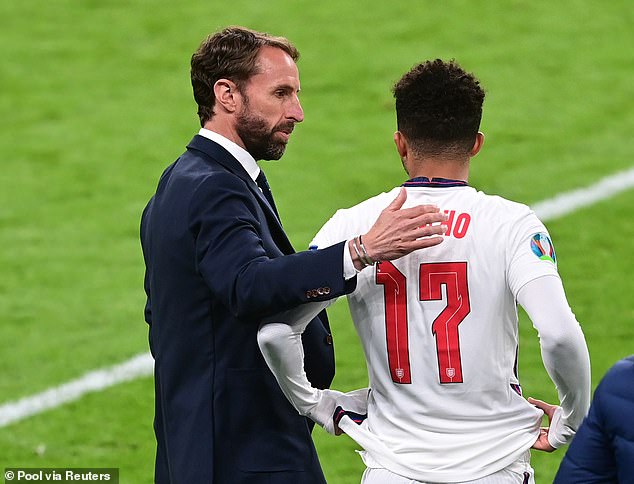 Sancho’s impressive showings at Dortmund have earned him a £77million move to Manchester United summer, with the long-awaited deal now thought to be ‘on the home stretch’.

The former Manchester City man has 20 caps for England with 3 goals, while he has an impressive 50 strikes and 64 assists in 137 appearances since joining the Bundesliga club in 2017.