Luke Shaw is getting ‘better and better’, Jack Grealish ‘is not the manager’s favourite’ and England must NOT switch to a back three against Denmark… Jose Mourinho delivers his verdict after Gareth Southgate’s men thump Ukraine at Euro 2020

Jose Mourinho was full of praise for England after their 4-0 win over Ukraine to reach the Euro 2020 semi finals, but warned them Denmark will pose a serious threat.

Gareth Southgate’s side produced a superb performance in Rome, with Luke Shaw particularly impressive as he provided two assists to continue a strong run of form.

The left-back hit out at Jose Mourinho earlier this week over his constant criticism, but speaking to talkSPORT after the win, his former manager was in a much more positive mood as he looked ahead to how England will approach the Denmark clash. 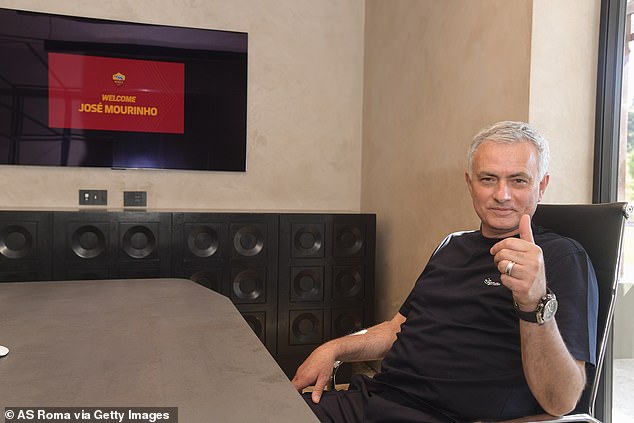 ‘I think the back four with the amazing Euros that both central midfielders are doing is more than enough to control Denmark offensively. And then you have four players to decide the creativity of the game.

‘Do England need to play with the back three like against Germany? My answer is no. Germany is a different way to play three at the back. This match doesn’t need England to adapt and match Denmark.’

One key decision facing Southgate will be who to start in the attacking areas of the pitch on Wednesday night at Wembley. 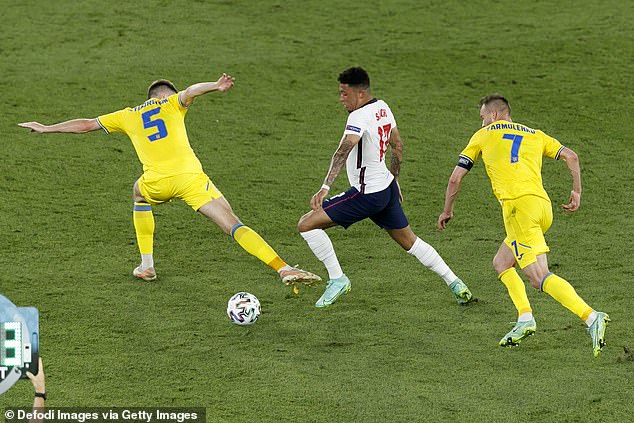 Jadon Sancho looked bright against Ukraine, but the likes of Bukayo Saka and Jack Grealish have also taken their opportunities when they have come in previous rounds.

Despite the clamour amongst fans for Grealish to get more minutes on the pitch, Mourinho believes the Aston Villa man is not someone Southgate is ready to make a regular starter.

‘Raheem Sterling and Kane is clear and there’s two places in my opinion that’s open. Gareth has to make the best decision,’ Mourinho said. 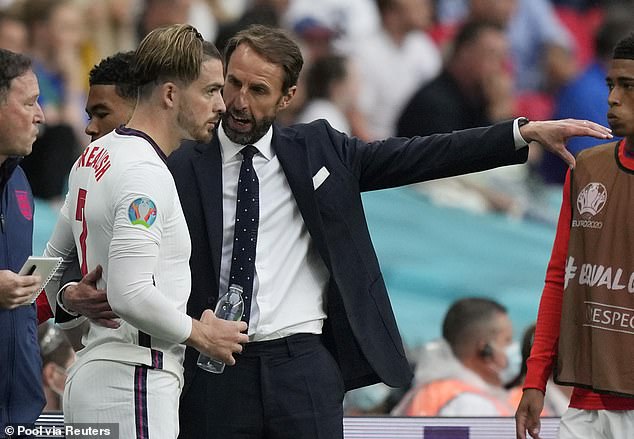 ‘Jadon Sancho played well, Phil Foden started the tournament, the same with Mason Mount. Jack Grealish – it looks like he’s not the favourite player of Gareth but every minute he’s on the pitch is doing is well.’

Denmark have swept aside Wales and the Czech Republic in the knockout stages so far, and will arrive at Wembley confident they can halt England’s momentum.

Mourinho has warned Southgate’s side they will face a difficult test to secure a place in next Sunday’s final.

‘Denmark are solid. They also found a way to play different than the way they started,’ Mourinho said. 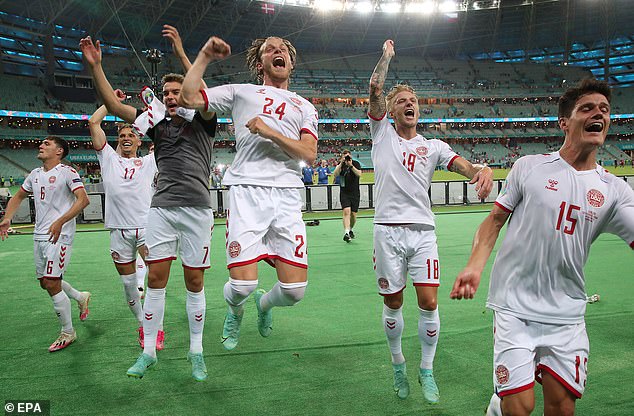 ‘They started of course with Christian Eriksen as a number 10 and with a back four. They are now playing with three at the back, a solid team, good players playing in the best leagues with lots of experience.

‘They are very positive in spite of what happened to Christian and it looks that they are emotionally strong.

‘I think it is of course going to be a difficult match for England despite England playing well and being at home.’