Mats Hummels reveals his three-year-old son celebrated his OWN GOAL against France… because he isn’t old enough to understand his dad had scored at the wrong end!

Germany star Mats Hummels says his three-year-old son celebrated his own goal against France on Tuesday.

Hummels says his son doesn’t understand what an own goal is yet and that he thinks the ball going in the net is always good – even if you put it past your own goalkeeper.

Therefore, the Borussia Dortmund star’s son was seen ‘celebrating’ when his dad ‘scored’ in their Euro 2020 opener.

Speaking in an interview with Bild, Hummels said: ‘Thankfully, he doesn’t know yet what an own goal is.

‘He thinks the ball in the net is always right. I was told that he was celebrating. I’ll probably have to teach him that.’

The Germany centre-back became the third player to score an own goal at Euro 2020 when he turned the ball into the wrong net during their 1-0 defeat to France. 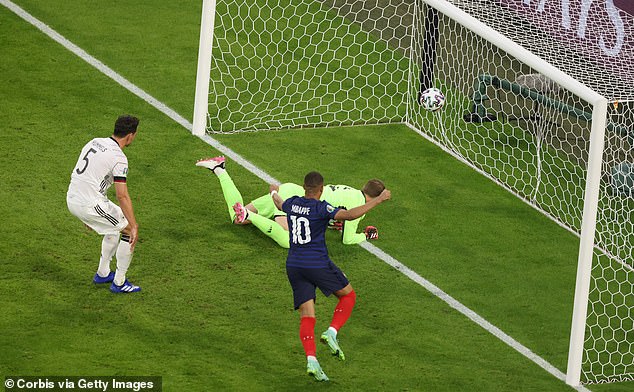 Both players had already scored own goals in the group stages of the competition – with the latter coming in opening game of the tournament.

Speaking of Hummels’ own goal, Germany head coach Joachim Low did not blame his centre-back, claiming it was a difficult ball to clear.

He said: ‘No reproach to Mats for the own goal. It was difficult for him to clear.

‘It was a brutally intense game. We fought until the end. I can’t blame the team, we gave it everything we had. What was missing was a bit of penetrating power in the final third. We didn’t do enough there.’ 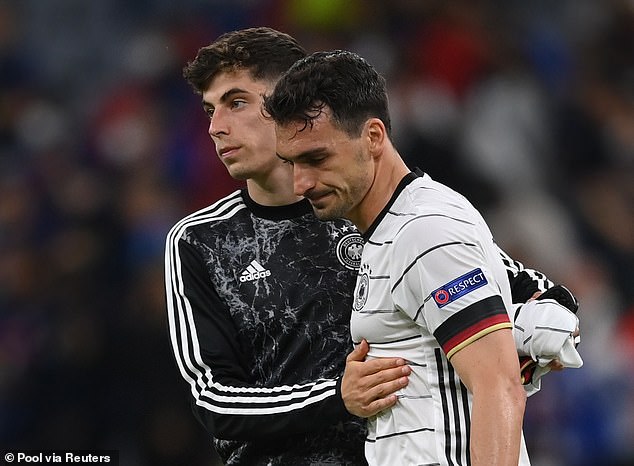