Euro 2020: Pepe tries to tell Rui Patricio to dive to the left to save Karim Benzema’s penalty

If only he listened! Pepe tries to tell Rui Patricio to dive to the left to save Karim Benzema’s penalty before Portugal keeper IGNORES his advice and goes to the right instead… as Frank Lampard jokes it was ‘out of order’ to blank his team-mate

Portugal defender Pepe was left fuming after France equalised from the penalty spot on Wednesday, after he frantically tried to tell Rui Patricio where Karim Benzema was going to put his spot-kick.

With Portugal a goal up thanks to a successfully-converted penalty of their own, France were given a route back into the game after Kylian Mbappe went down under the challenge of Nelson Semedo minutes before the half-time interval.

With Benzema waiting to take the spot-kick, Pepe, a former Real Madrid team-mate of the Frenchman’s, had the inside scoop on where he would put his penalty after spending years together at the Bernabeu.

Pepe (circled, right) tried to tell his goalkeeper Rui Patricio where to dive for a peanlty 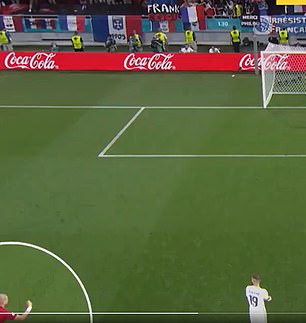 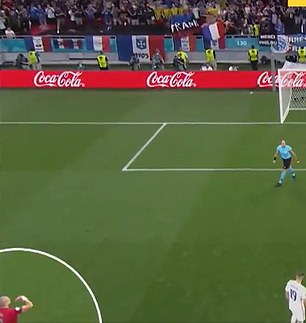 Pepe (circled, bottom left) frantically tries to tell his team-mates to dive to the left

While Portuguese keeper Rui Patricio composed himself, Pepe could be seen trying to catch his team-mate’s attention, wildly instructing him where to dive in order to prevent France from equalising.

But unfortunately for Pepe, Patricio decided against the defender’s advice and chose to dive the opposite way – which turned out to be the wrong call for them and Portugal.

As Benzema wheeled away in celebration having equalised for France, a furious Pepe could be seen throwing his arms up in the air before going to remonstrate with his team-mate over why he ignored his advice. 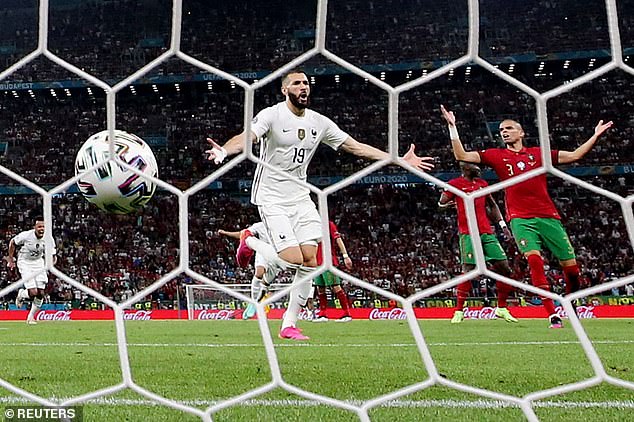 In the end, the two sides ended up sharing a point, after Ronaldo’s second penalty of the game cancelled out a superb second from Benzema, with both nations qualifying for the last-16.

The incident between Patricio and Pepe had the BBC Sport pundits laughing, as Gary Lineker pointed out the hilarious moment after the match.

With Pepe gesturing to dive to the left, Lineker says: ‘Let’s look at Pepe here, telling the goalkeeper Patricio which way he’s [Benzema] is going to put the ball.

‘He’s a bit frustrated there and he’s tells him again – he’s obviously played with Benzema at Real Madrid for years and years. “Go to your left! To your left!”

‘And Patricio, for inexplicable reason, ignores him! Look! Still “to the left, he’s definitely going left”. Where does the keeper go? He [Pepe] was right!’ 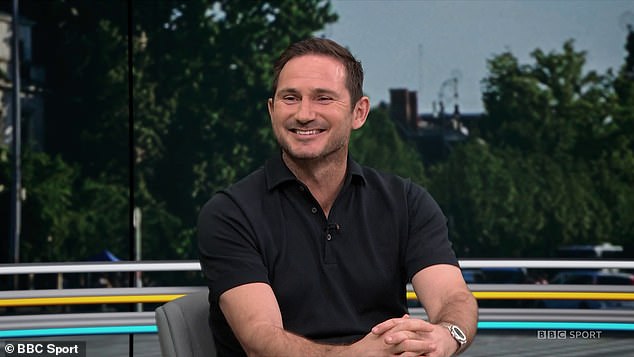 The incident tickled Frank Lampard, who jokingly claimed Patricio’s decision to ignore Pepe was ‘out of order’ 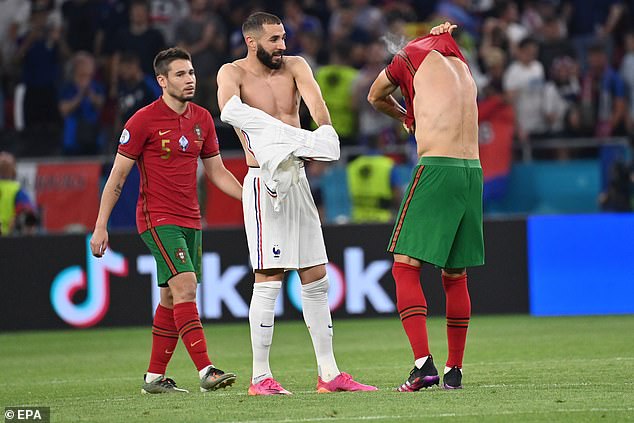 Lineker’s running commentary got laughs out of co-hosts Frank Lampard and Alan Shearer, with the former joking that Patricio’s decision to ignore a team-mate was ‘out of order’.

Portugal occupied every position in the group during their 2-2 draw with France on a dramatic night but eventually finished as one of the best third-placed teams and take on Belgium – the number one ranked side in the world – next in Sevilla on Sunday.

The round of 16 clash will give Ronaldo the chance to become the record goalscorer at international level after he equalled Iran’s Ali Daei’s tally of 109 with a brace against France.