Pundits have criticised Hugo Lloris after the France goalkeeper gave away a penalty for accidentally punching Portugal’s Danilo Pereira.

The Tottenham goalkeeper went to clear the ball but caught the Paris Saint-Germain player to give away the penalty after 30 minutes.

Despite French’s players protests, Ronaldo took to the spot and put the ball past Lloris to make it 1-0. 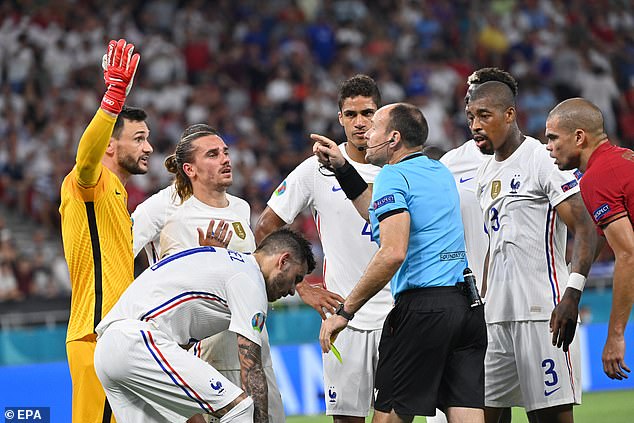 BBC pundits said that while goalkeepers would normally get away with what Lloris did, they felt it deserved to be a spot-kick.

Alan Shearer said it was a penalty ‘all day’ and added: ‘I do think that’s a pen, Danilo’s got to the ball first he’s headed it and Lloris has mistimed coming out and whacked him. He’s only got to the ball because Danilo headed it off him.

Former Manchester United and England centre-back Rio Ferdinand even joked that it was ‘GBH’ by Lloris.

He then said: ‘They’re like a protected species normally goalkeepers so I was glad to see that (the penalty was given). It was dangerous, reckless and a definite penalty. 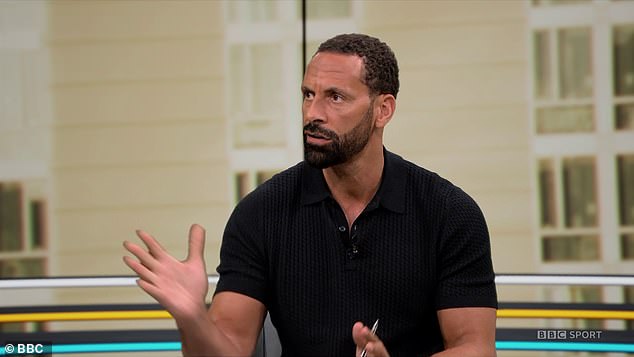 Chelsea legend Frank Lampard agreed with his co-pundits as he said: ‘Goalkeepers have been given a leeway for years to come and catch things.

‘But when you’re punching and coming out of that speed and go through the player it’s dangerous and reckless.’

It was a big mistake by Lloris and led to Ronaldo opening the scoring for Portugal.

There more penalty decisions to come as Nelson Semedo gave away a penalty for a foul on Karim Benzema before half-time.

Benzema equalised from the spot before scoring a second after half-time for an effort which was originally ruled out before VAR overturned the decision.

Ronaldo then scored a second penalty after a handball by Jules Kounde.