Fernandes has struggled to recapture his club form on the international stage in Portugal’s two Euro 2020 games and he cut a frustrated figure during their 4-2 defeat by Germany on Saturday.

The midfielder took aim at his team-mates on a couple of occasions before being substituted in the 64th minute and Souness was unimpressed by his attitude. 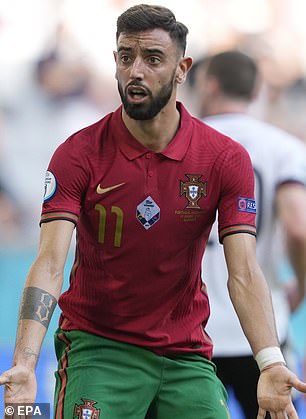 ‘He’s an exceptionally talented boy, there is so much to like about him. A great striker of the ball, when he shoots he makes the goalkeeper work,’ Souness told ITV.

‘I played with players that would not be accepting of the thing you just touched on [petulance], you know he doesn’t get the ball and he is waving his hands around.

‘He would not have lasted more than five minutes in my dressing room, but he is a wonderful talented boy.

‘It would be more along the lines of who do you think you are? We play as a team, we win together, we lose together. 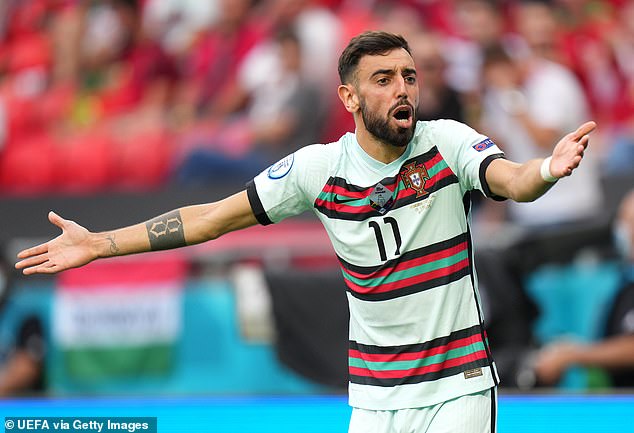 ‘So all that nonsense, shaking your head and waving your arms at your own teammates, is a no no for me.’

Fernandes’ frustration during matches has previously been noticed by pundits with Ian Wright noticing how he can be easily annoyed during matches for Ole Gunnar Solskjaer’s side.

‘I look at Bruno Fernandes and he just seems to be getting more and more frustrated with people when I’m watching him,’ Wright said on the Wrighty’s House podcast in February. 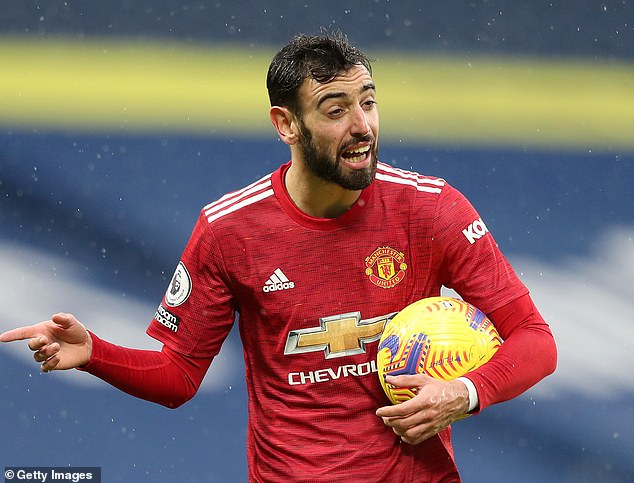 ‘I don’t want people to take this wrong and say, “oh, Wrighty’s digging him out”. I’m not digging him out, I just look at leaders like him, he’s obviously the leader of Manchester United, it’s blatantly obvious to see.

‘Dennis [Bergkamp] was the leader for us on the pitch and I never saw him get frustrated with individuals to the point where he was turning and doing that thing because it’s so demoralising for you.

‘He looks like a perfectionist, if everything is not bang on perfect he seems to be upset.’