EuroMillions winner Gillian Bayford is cleared of assaulting her ex

Lottery winner Gillian Bayford will not face action over an alleged assault on her ex, Gavin Innes

Euromillions winner Gillian Bayford has been cleared of assaulting her ex – after police found there was ‘insufficient evidence’ to proceed with a case against her.

The 46-year-old jackpot winner was due at Dundee Sheriff Court today to face an assault charge over an alleged attack on her ex Gavin Innes, 45.

It is understood she was accused of lashing out at him in an Audi Q7 car in October last year and that the incident was reported to police within the last few weeks.

Bayford was initially charged by police with a minor assault and released on an undertaking to appear in court on Thursday.

But that appearance was cancelled after police concluded there was ‘insufficient evidence’ to proceed with a case against her, meaning she didn’t need to attend court.

But after their relationship broke down she publicly labelled him a ‘gold digger’. 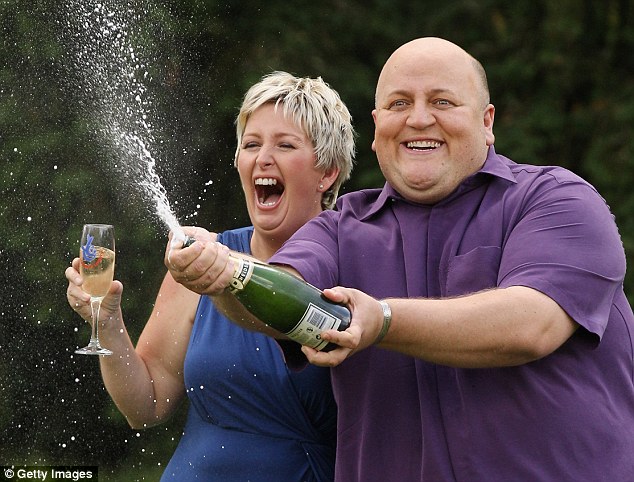 Ms Bayford won £148million with her then husband Adrian in 2012. She has since split from him and remarried a man called Brian Deans, after dating Mr Innes last year

A source close to the case said: ‘She was arrested, interviewed and charged in relation to this assault.

‘She was then released on an undertaking as is standard in domestic cases like this.

‘The police completed their investigations and reports in the case but after consulting with prosecutors it was decided that there wouldn’t be enough evidence to proceed so the matter was not reported to the procurator fiscal. That will be an end of the case.’

A Police Scotland spokesman said: ‘There was insufficient evidence to proceed to court.’ 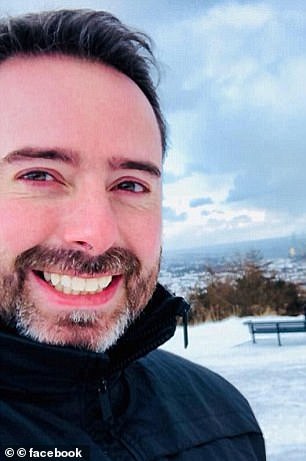 She accused Mr Innes, pictured, of ‘pulling the wool over her eyes’ after they split

It is understood that Bayford was alleged to have swung for Mr Innes in an Audi Q7 car last October.

He was understood to have only suffered minor injuries and did not require hospital treatment.

Friends say the pair had been at school together but hit it off when Gavin approached Gillian to help with a charity he was starting for male victims of domestic abuse.

But after they split, Ms Bayford said: ‘You have to meet a few weasels before you can meet someone nice – a prince or whatever.

‘With Gavin it was just financial. He pulled the wool over my eyes from the very beginning.’

Bayford married convicted fraudster Brian Deans, 37, in August in a lavish ceremony in St Andrews, Fife, six years to the day after she landed her jackpot.

She was due to appear in the same court where he was jailed for six months in 2012 after he was convicted of stealing £13,500 from Tesco by putting through fake customer refunds.