The Europa League game between Malmo and Union Berlin descended into chaos as both sets of fans lobbed flares before an explosion took place by the side of the pitch.

Play at the Eleda Stadium was suspended for 20 minutes shortly after the second-half started with the players led to safety and riot police wading in.

Flares and fireworks were thrown by both Malmo and Union fans from opposite ends of the stadium. A larger firework then went off close to where security personnel were standing in front of the Union support.

Television footage showed a lit flare arcing through the air and landing on the pitch while the match was still going on. After play was stopped, further flares were thrown.

The official Union Berlin Twitter account posted: ‘Bangers. Rockets onto the pitch from the Union end. The players taken off. They mull around the touchline. The game is temporarily suspended. B*******. I’m sorry.’ 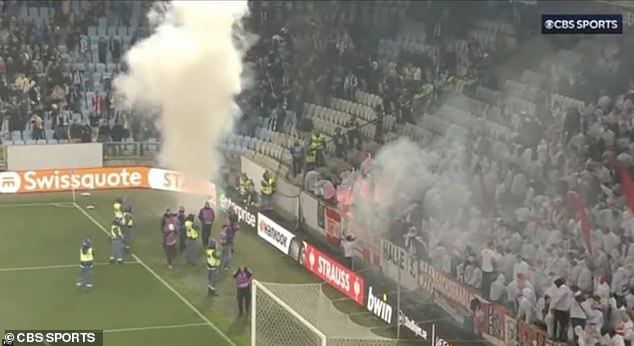 After the match they added: ‘This is a mess. There were at least two rockets from the Union end, at least one big flare from Malmo.

‘Now it’s a stand-off. No-one knows what will happen.’

A later tweet added: ‘Just to clarify, it’s not certain yet they came from the Union block. Or what happened, there are question marks everywhere.

‘It was suddenly chaos. We are waiting for more information.’

A statement released by Malmo read: ‘Malmo FF deeply regrets the situation with the thrown pyrotechnics and bangers from the away section in connection with our home match against Union Berlin. 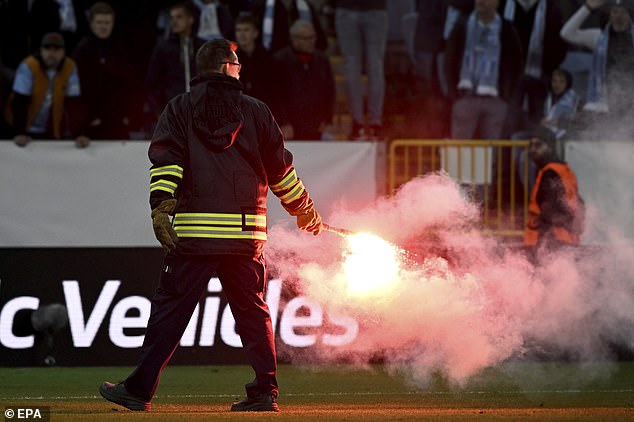 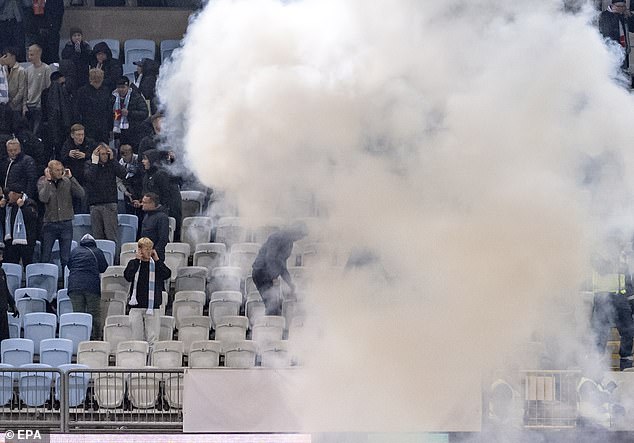 The large bang by the side of the pitch startled supporters, who moved away from danger 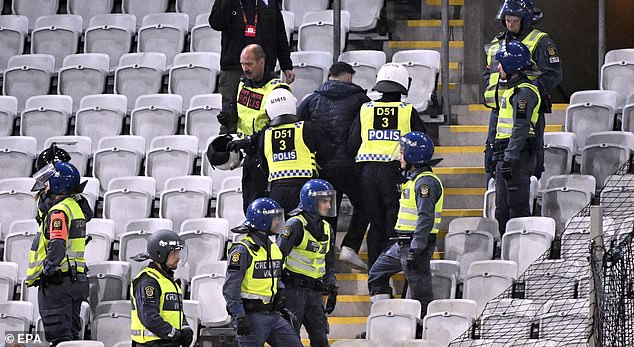 ‘Tonight’s events are something we have never been close to before, something that does not belong in our stadium or any stadium in the world and we clearly distance ourselves from the illegal actions of the individuals in the away section who put other people in great danger.

‘On Thursday evening, we contacted as many spectators as possible who were close to the events. 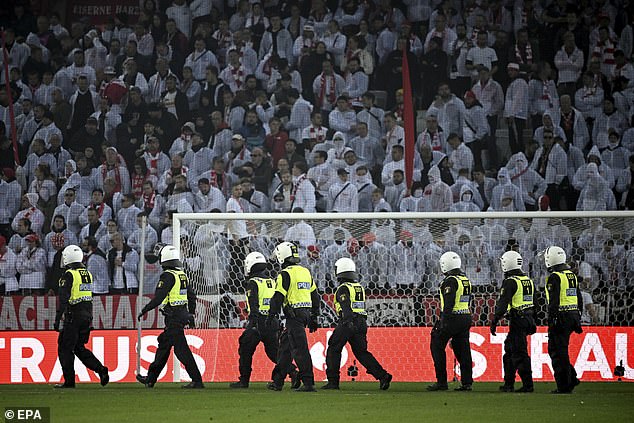 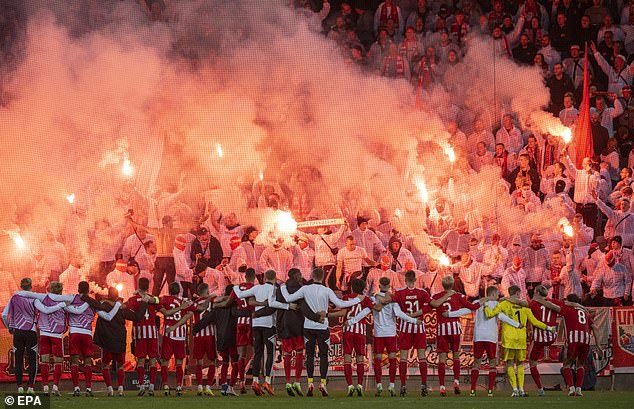 ‘It must be safe to go to football. Eleda Stadium must be a safe place to visit. We will continue to work for that.’

UEFA are almost certain to launch an investigation into the crowd trouble with both clubs potentially facing sanctions.

When play resumed, Union won the match 1-0 thanks to a 68th-minute goal by Sheraldo Becker having seen Andras Schafer sent off earlier on.

The result left Malmo pointless and bottom of Group D, while Union are third with three points.