Europa League still has a lot to offer to Celtic

The Champions League has long been established as the richest private members’ club in the world.

Populated by the playthings of oligarchs and sheiks, the unwritten rule is that if you are looking at the admission price you probably can’t afford to be there.

In the spirit of bonhomie, UEFA still, reluctantly, allow a few interlopers over the threshold each year. Invariably bewildered souls, they tend to revel in the party atmosphere and make hay while the sun shines but rarely overstay their welcome. Often, it’s a chastening experience. 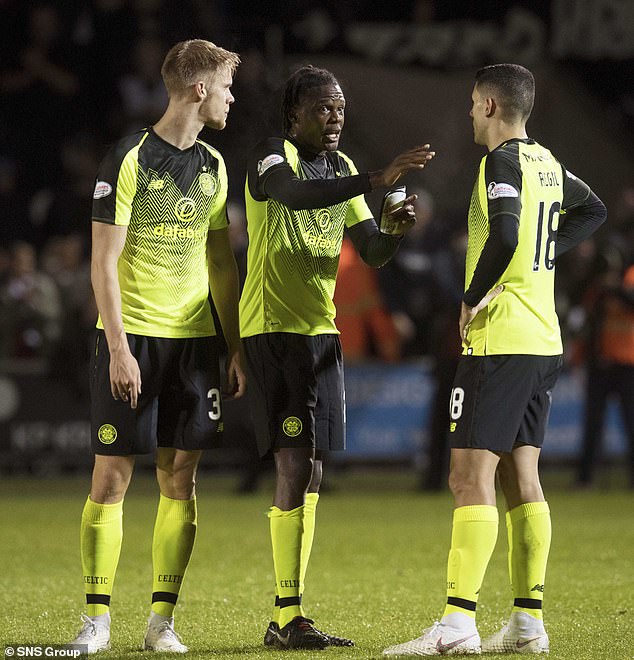 Last year, Celtic earned their golden ticket but rarely looked at ease with their opulent surroundings.

Brendan Rodgers’ men won just one of their six matches, failed to earn a single point at home and shipped 12 goals over two games to a Paris Saint-Germain side who would lose convincingly to Real Madrid in the first knockout round.

It’s now remarkable to think that, just a decade ago, Gordon Strachan’s team not only qualified for the group stages but made it to the last-16 twice. Frankly, that now feels like an eternity.

‘Financially, and I don’t like using the word, but it’s impossible to compete with these top teams,’ said Gary Caldwell, an integral part of that team.

‘I remember at the times we did it, the amount of things that had to go right… last-minute goals… it wasn’t as if we were doing it comfortably.

‘We were just getting everything out of a group of players and getting every bit of luck you need to be successful.

‘One year (2007) we were unlucky against AC Milan not to go through to the quarter finals but the next year we played Barcelona and were just outclassed in both games.

‘It’s a really high level. The gap becomes harder and harder to fill because of the finance.’

Given Celtic’s rich heritage in the competition, however, no one would question their right to be there.

Champions in 1967, they – together with fellow former winners including Ajax, Steaua Bucharest and Red Star Belgrade – are entitled to ask why the governing body penalises them on the basis of geography when it promotes itself as a defender of the game’s heritage.

Increasingly, though, supporters of such disenfranchised sides are asking themselves another question: What really is the point of the Champions League? 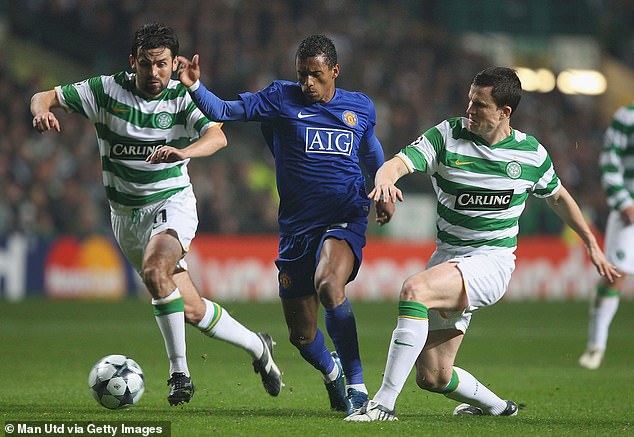 The obvious answer to those concerned with ensuring Celtic remain in rude financial health is a cheque for £30million. But, from a sporting point of view, the return seems to diminish with each passing year.

Although the prospect of gatecrashing the Europa League was once viewed as the equivalent of a dozen cans of warm lager being consumed in a tenement flat, it no longer holds quite the same sense of dread.

While a squeeze on the market share due to Rangers’ involvement makes the prospect of netting even a reported £8m somewhat fanciful, a section containing Rosenborg, Salzburg and RB Leipzig does at least offer a reasonable chance of success in the way the continent’s premier tournament no longer can.

Bluntly, while it is not the place where Celtic want to be, it is probably their more natural environment these days. Even Brendan Rodgers seems to concur.

Back in his first season in Glasgow, the Celtic manager didn’t just see his side as one eminently capable of being regular attendees in the Champions League. He felt capable of winding back the clock to the times when making the last-16 was a reality.

‘I think that was the aim for me to come here – it was to really build the club, for us to qualify for the Champions League and to get out of the group stages and see how far we can go there,’ he said. ‘I would hope Celtic are a last-16 team in two or three years’ time.’

Compare and contrast that with his more measured tone as he looked towards Thursday’s Europa League group-stage opener with the Norwegians.

‘I see lots of stories and reports about us getting to the final,’ he said. ‘That’s a long way away. You only have to look at the teams and the calibre of clubs and financial resources in this competition.’ That may well be as much of a blessing as it is a curse, however. 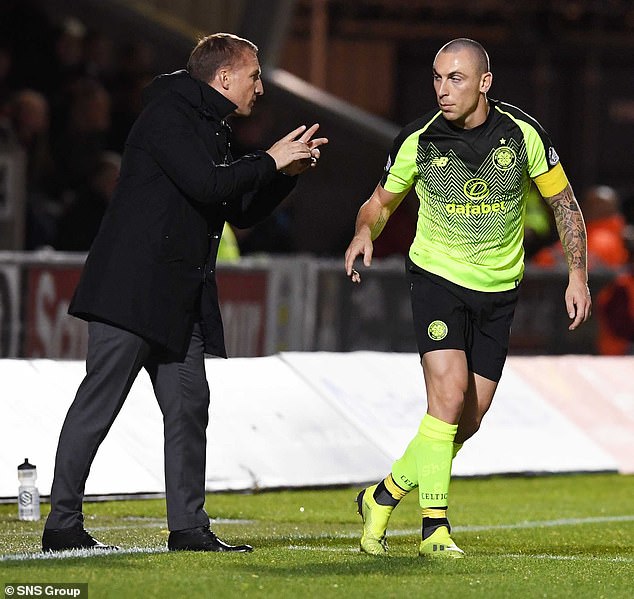 Celtic’s section may not have the glitz of Paris Saint-Germain or Bayern Munich – but nor are Salzburg or RB Leipzig to be sniffed at either.

A list of stellar names litters the competition, among them Chelsea, Arsenal, AC Milan and Sevilla. Those four alone have won 20 European trophies between them. Lazio, Marseille, Dinamo Kiev and Villarreal, who face Rangers on Thursday night, make for an impressive supporting cast.

Each come with a proud European history. Ominously for the two Scottish sides, none are likely to be looking down their noses at this competition.

‘I think it is more appealing than a few years ago,’ added Caldwell.

‘If you look at the past two winners, Atletico Madrid and Manchester United, it’s Champions League calibre teams who are now winning it whereas before it was more up and coming teams who won the competition.

‘The fact the winner now gets into the Champions League makes it a much more appealing competition, especially for teams in very difficult leagues like the English Premier.’

So after two years of mixing it with the elite, is this simply the new reality?

Caldwell wouldn’t quite go that far just yet. Like many of the club’s supporters, though, faced with making up the numbers or the prospect of a run in an ever-improving competition, there is much to be said for the latter.

‘Celtic are always a team who potentially can get into the group stages of the Champions League,’ continued Caldwell. 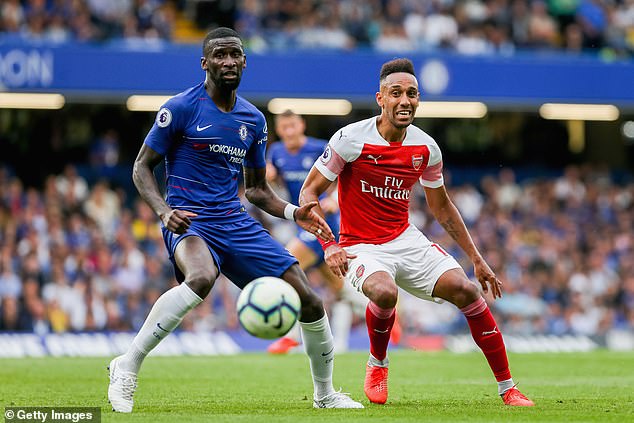 Arsenal, Chelsea, AC Milan and Sevilla are among the stellar teams in the Europa League

‘How far do you you go after that? In recent years, it’s shown to be extremely difficult because of the quality of the competition.

‘While Celtic should always strive to be a Champions League group team, this is a good alternative for them.

‘They will still be fantastic nights at Celtic Park.

‘They won’t be easy games by any manner of means. Celtic will have to be at their best but I’m sure they have a squad and a manager that can definitely compete at that level in European competition.

‘I’m pretty sure the manager’s aim will firstly to still be in it beyond Christmas.

‘Once you are in the knockout stage, that gives you a chance to progress like Celtic and Rangers did to get to a final.

‘We’ll all agree that you have to ride your luck and have things going for you for that to happen.

‘But if you get into the knockout stage, you always have that possibility of going until the very end.’