The time has nearly come for Europe and the United States to resume their battle for golfing supremacy when the 2018 Ryder Cup begins at Le Golf National on Friday morning.

The Americans are slight favourites to retain the crown they won at Hazeltine two years ago but their recent form away from home gives every indication Europe could regain bragging rights. 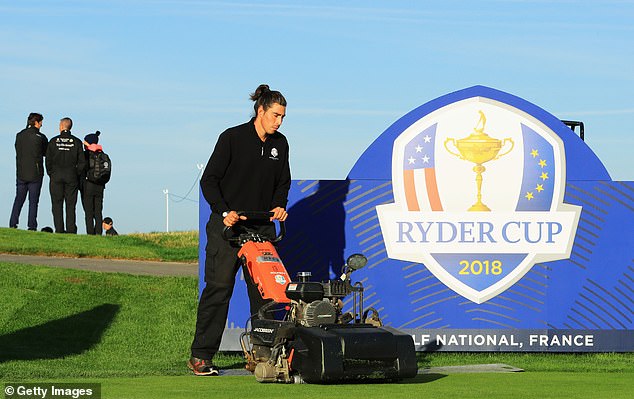 Where will the action unfold?

The Albatros course at Le Golf National is where all eyes will be focused this weekend. Designed by architects Hubert Chesneau and Robert Von Hagge, it is located in Saint-Quentin-en-Yvelines, southwest of central Paris.

The jewel is most definitely the 18th hole, one of the great finishing holes anywhere and a scene where matches could be won or lost on Sunday.

Bunkers down the right and water down the left pose as major risks while certain flag positions will have serious implications on club selection. It is the perfect match play hole when everything is on the line. 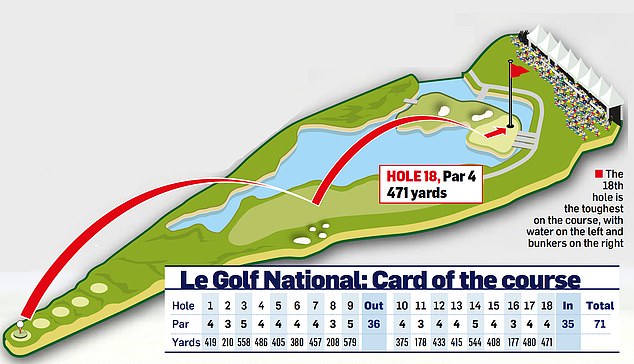 Who are the captains?

Thomas Bjorn will be leading the charge for the hosts. The Dane has won 15 times on the European Tour during his career and played in the victorious Ryder Cup teams of 1997, 2002 and 2014. He has also served as a vice-captain on four occasions.

Standing opposite him will be Jim Furyk. The 48-year-old was on the winning side twice in nine Ryder Cup appearances as a player. The 2003 US Open champion played in every Ryder Cup from 1997 to 2014 and was one of David Love III’s assistants for the 2016 triumph. 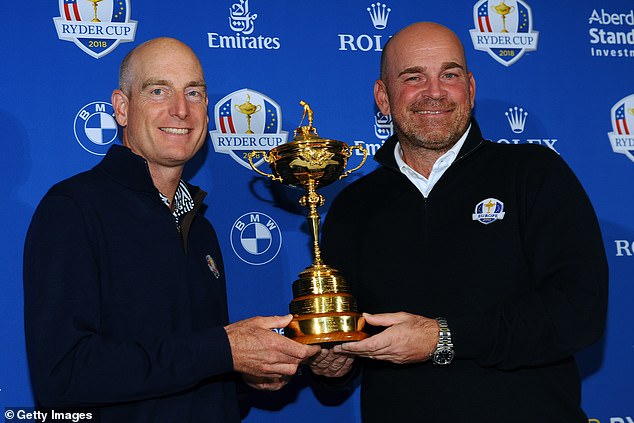 Who will be taking part?

As always with the Ryder Cup there are a host of familiar faces blended with some fresh blood looking to make an impact.

European veterans Sergio Garcia, Ian Poulter and Henrik Stenson were all handed a reprieve by captain Bjorn after missing out on a qualification place. Recently crowned and then swiftly replaced world No 1 Justin Rose and Rory McIlroy also return while Paul Casey was rewarded for his return to the European Tour with a spot.

Phil Mickelson, with 11 Ryder Cup appearances, is in the same team as debutants Justin Thomas, Bryson DeChambeau and Tony Finau to emphasise the gulf in experience in Furyk’s squad. Brooks Koepka has won two majors in a stunning 2018 and is expected to play a crucial role for the away side.

What’s happening and when?

Although golfing action doesn’t actually get underway until Friday we will be treated to the fanfare of the opening ceremony on Thursday night. There will no doubt be ambling speeches from both camps before we get down to business with the announcement of the Friday morning pairings. Keep an eye out for The Kaiser Chiefs also performing.

Action then begins with the fourballs at 8:10am on Friday before switching to foursomes in the afternoon. That formula is repeated on Saturday and then it all comes down to singles match play on Sunday.

Will America end their overseas hoodoo?

When the US won 12 successive Ryder Cups, including one draw, from 1959 to 1985 it would have been ridiculous to suggest they would go 25 years without an away win, yet that is the reality now facing Furyk’s team.

Their last victory outside the US was at the Belfry in 1993 when they were led by Tom Watson and that remains the Americans’ only away victory since 1981.

During that 37-year period Europe have won on American soil four times and repeatedly triumphed in England as well as Spain, Ireland, Wales and Scotland. 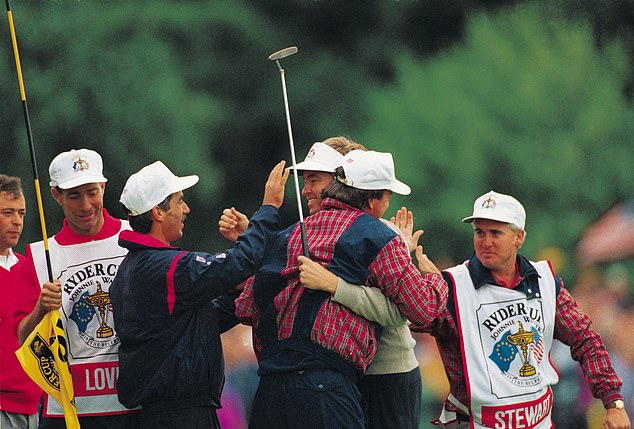 Is Tiger back on the prowl?

There was nothing quite like seeing Tiger Woods complete one of the greatest comebacks in sport when he won the season-ending Tour Championship in Atlanta on Sunday night.

Chasing a first win since 2013 and the 80th PGA Tour title of his career, Woods took a three-shot lead over Rose and McIlroy into the last day at East Lake and the 14-time major winner was never in serious danger of getting caught.

Thousands of Woods fans spilled onto the 18th fairway to follow their idol to the green and they will be hoping he can continue his incredible year by guiding his homeland to victory this weekend. 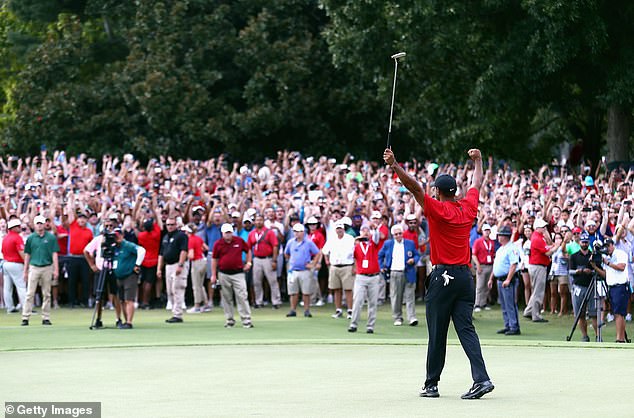 Do Europe have a secret weapon?

Tyrrell Hatton was one of the first players to secure his place on the European team and 2010 winning captain Colin Montgomerie recently singled him out as a possible dark horse.

The 55-year-old Scot claimed Hatton was someone whose combustible temperament could be the perfect response to American fire.

‘The Americans won’t look at him as a threat but he’s a guy who could hole a putt at the right time and that’s so important.’ 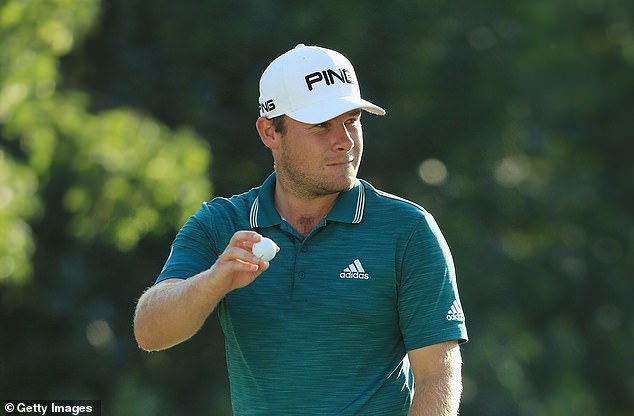 Two years ago in Minnesota fans were treated to one of the most memorable singles matches in Ryder Cup history.

McIlroy and Patrick Reed played in the opening match of Sunday’s singles and delivered a sensational match-up that the controversial American eventually won.

They exchanged blows on the first seven holes, but it was on the eighth green when their contest exploded into life. The Northern Irishman produced an outrageous putt from distance to score a birdie that caused wild scenes. ‘I can’t hear you’, he screamed before cupping his ear as to suggest the Americans had gone silent.

Reed then stepped up and rolled in his reply for a share of the hole before wagging his finger at his opponent. They then fist-bumped before walking to the next tee amid chaotic scenes in the stands. 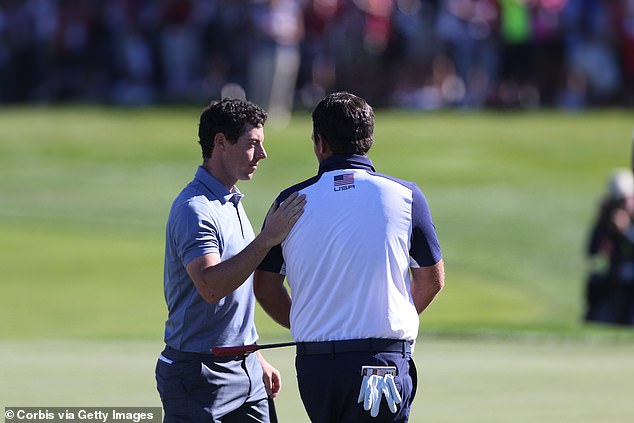 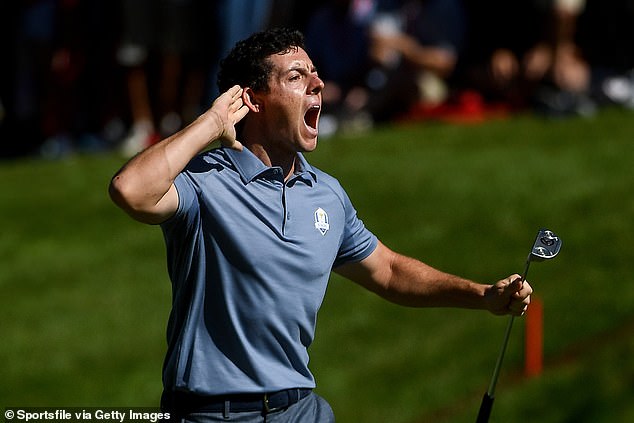 Will Ian Poulter light up the tournament again?

There was something missing in the absence of Ryder Cup stalwart Ian Poulter at Hazeltine and Europe will be hoping his return provides results.

Following a stupendous return from a serious loss of form stemming from injuries, Poulter is back in the team after being chosen by Bjorn.

He is the second most experience player behind Sergio Garcia on Europe’s team and boasts a credible 72.22 per cent win rate. He was won 12 of his 18 matches across five Ryder Cup appearances, losing four and halving 2.

No American will fancy their chances of going one-on-one with Poulter on Sunday because when he gets going, he’s incredibly difficult to slow down. 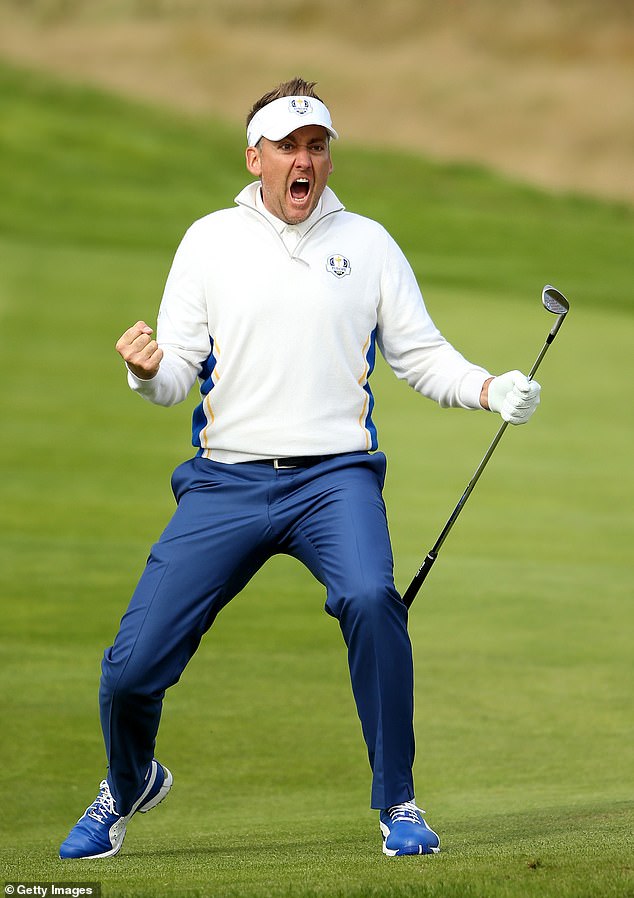 Will rankings show their value?

A brief look down the world rankings will show, that on paper at least, the Americans have to be considered favourites with six of their team in the top 10.

Aside from Rose thee of the top four are American with Dustin Johnson having replaced the Englishman at the summit of the rankings on Sunday night. Rose is then followed by Koepka and Justin Thomas, last year’s PGA Championship winner, in second and third respectively.

Molinari (fifth) boosted his ranking by winning The Open at Carnoustie and the Italian is followed by McIlroy (sixth). DeChambeau has managed three PGA Tour wins in the last three months and could crown a phenomenal year in France. He is joined in the top 10 by team-mates Rickie Fowler and Jordan Spieth while Spain’s Jon Rahm gives further European presence. 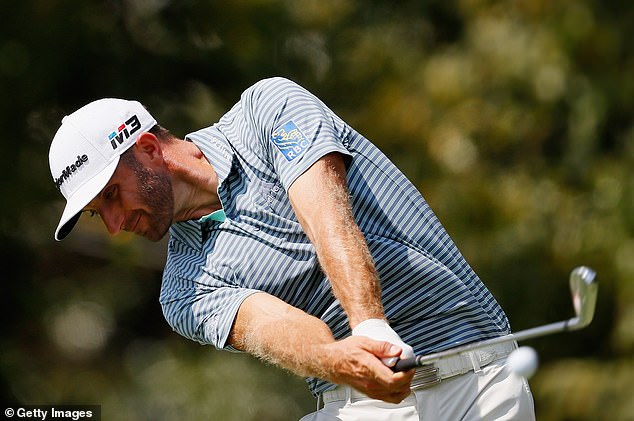