Europe and UK are spiralling towards a drugs overdose epidemic, study warns

Europe could be spiralling towards an opioid epidemic as an unprecedented surge of cheap, super-strength heroin hits the streets of EU nations, a major report warns.

A major EU report about the drugs market in the continent today revealed record amounts of heroin are being shipped into Western nations, and that man-made versions of the drug represent a ‘growing health danger’.

One expert told MailOnline he predicts a surge in violent crimes across the continent as criminal gangs fight for market control over these drugs.

Huge amounts of the drugs could trigger something akin to the opioid crisis which has gripped the US in recent years, with tens of thousands dying of overdoses.

Cheap, super-strength heroin is hitting the streets of EU nations thanks to a bumper in harvests in Afghanistan, experts say (file) 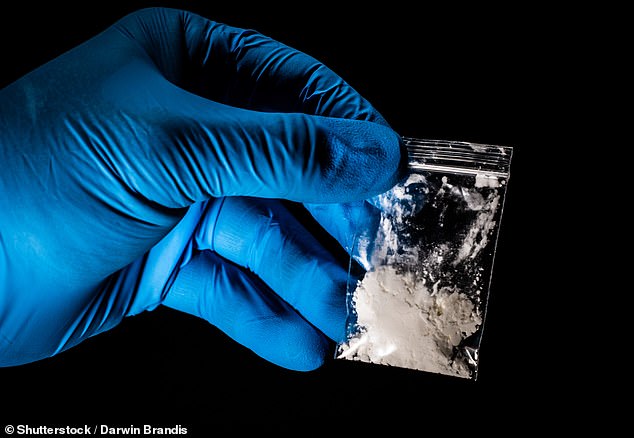 The 2019 EU Drug Markets Report, released by the European Monitoring Centre for Drugs and Drug Addiction, and Europol, found opium poppy production in Afghanistan was at a ‘historically high level’, more than doubling in the last decade.

This has caused a huge increase in the purity and volume of heroin making its way into the continent.

Drug busts are also said to be becoming alarmingly frequent in Turkey, which straddles western Asia and is used as a backdoor into Europe for smugglers.

Intelligence suggests a spike in activity levels among other major trafficking routes.

It estimated that Europeans now fork out at least £6.3billion on heroin – which kills more users than any other drugs – every year. 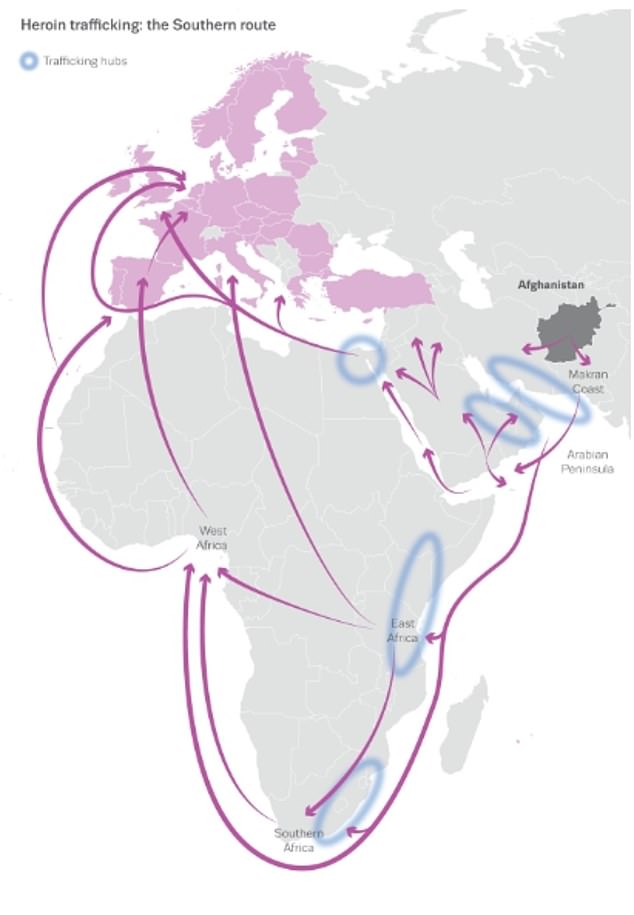 Doctors ‘are fueling an opioid crisis in the UK’

Doctors are fueling an opioid crisis in the UK by over-prescribing the powerful painkillers, a report has warned.

Governments should treat the opioid epidemic as a public health crisis urgently, experts have now said.

But data shows that the abuse problem is booming in other leading economies too, including the UK, with deaths rising by almost 50 per cent in the last five years.

The drugs are causing more than an estimated 2,000 deaths every year in England and Wales, according to the data.

Increasing availability and over prescription of the highly addictive drug is at the root of the problem, officials said, as well as illicit trade.

The Organization for Economic Cooperation and Development (OECD), who pulled the data together, said: ‘The United States is by no means alone in facing this crisis.

‘Opioid over-prescribing is considered one of the most important root causes of the crisis.

‘The influence of pharmaceutical manufacturers on pain management has been considered significant, by conducting marketing campaigns targeted mainly at physicians and patients, downplaying the problematic effect of opioids.’

Highly potent synthetic opioids – which can be 50 times stronger than heroin – have also surged in popularity in recent years, the report said.

The most famous of them is fentanyl, which has been responsible for a series of overdoses and deaths – most famously singer Prince.

Ian Hamilton, an addictions lecturer at the University of York, told MailOnline: ‘We’ve watched the opioid epidemic unfold in America, but Europe has managed to escape it so far, by and large.

‘But this could change as the strength of heroin will increase, due to such a high yield in Afghanistan.

‘It will be so strong that, even if you have experience with the drug, it’s difficult to know how much you should take.

The drugs, which are bought and sold on the dark web, have been arriving into Europe through the post in huge quantities .

They are mass produced in factories in China where drug laws are far less stringent and, to a lesser extent, in India.

Synthetic opioids like fentanyl, methadone, buprenorphine and tramadol now account for around one in five new opioid-related hospialisations.

And because they have no smell and can be easily concealed, they are hard to spot by by police, the report said.

Writing in the report, the authors said: ‘New synthetic opioids are a growing cause for concern, with a rapid increase seen in the number of fentanyl derivatives, substances particularly associated with health problems, including fatal poisoning.

‘The main source countries, where they are sold openly by chemical and pharmaceutical companies, are China and, to a lesser extent but particularly for those sold as medicines, India.’

Experts have warned the EU could be heading towards an opioid epidemic, like the one currently ravaging the US which kills 50,000 people a year.

York’s Mr Hamilton said Britain, in particular, could be grappling a full-blown crisis within a decade.

He added: ‘This at a point when UK drug treatment services are facing severe cuts to their budgets.

‘This suggests we are not in a position to be able to respond to this threat to public health.

‘We’ve already seen violence associated with these drugs in the form of county lines drugs, which is directly correlated to the UK.’