With thousands of people around the world protesting violence against women, a top EU official joined in and smeared his face with red make up during a speech.

European Parliament president Antonio Tajani showed his solidarity with the men and women around the world supporting the initiative when he paused in the middle of a Brexit summit to apply the red smear.

The smear is intended to highlight the violence faced by around one third of women in their lifetimes.

He said at the summit: ‘It is not normal that it is normal. I support the campaign launched in my country to fight violence against women.’

The Italian later tweeted: ‘Violence against women is unacceptable. I learned this from my mother and I’m teaching it to my children.’

Football clubs in Italy joined in on the protest, with Cristiano Ronaldo among the players donning a red stripe on their faces during top division matches.

The move is in support of the UN’s International Day for the Elimination of Violence Against Women, marked each year on 25 November, with protests already raging across the weekend.

The 16-day campaign saw around 50,000 take to the streets in France on Saturday and Sunday. 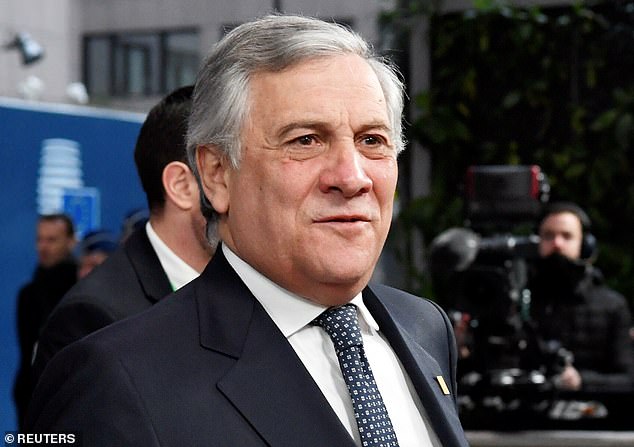 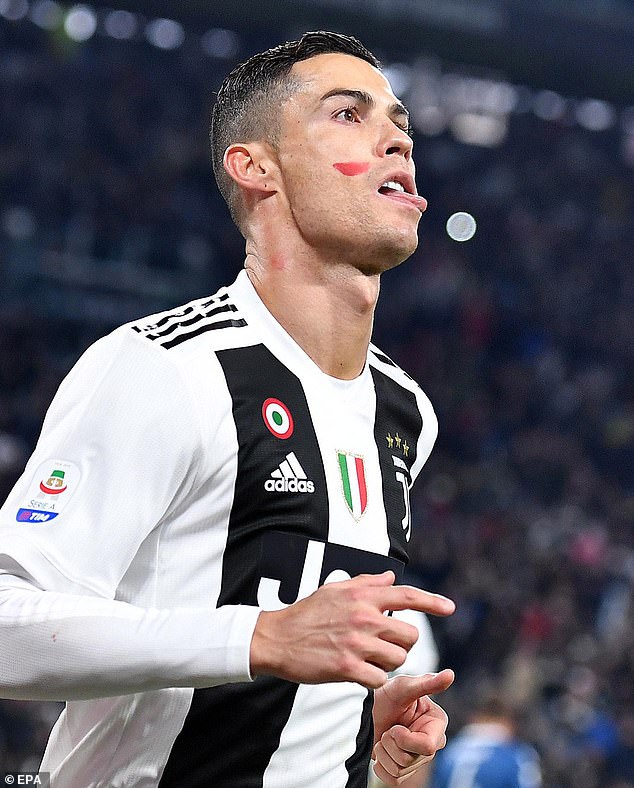 A UN statement read: ‘The last year has been extraordinary in terms of the awareness that has been raised on the extent and magnitude of the different forms of violence inflicted on women and girls.

‘The #MeToo campaign—one of the most viral and powerful social movements of recent times—has brought this issue into the spotlight.

Thousands also took to the streets of Paris, Marseille, Athens and Rome among other places to raise awarness.

Tanjani’s show of solidarity came as Theresa May told MPs to do their ‘duty’ and vote for the Brexit deal as she promised she will fight ‘with all my heart’ to get it through the Commons.

After an historic Brussels summit to seal the deal, the Prime Minister said the deal took back control of ‘our laws, borders and money’ while protecting jobs and security – meaning it was in the ‘national interest’. 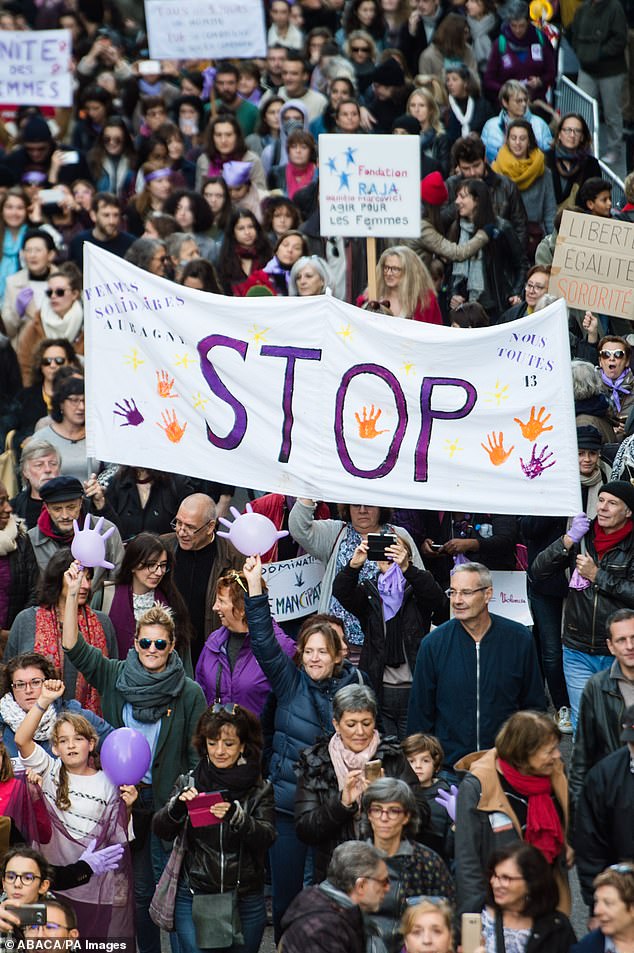 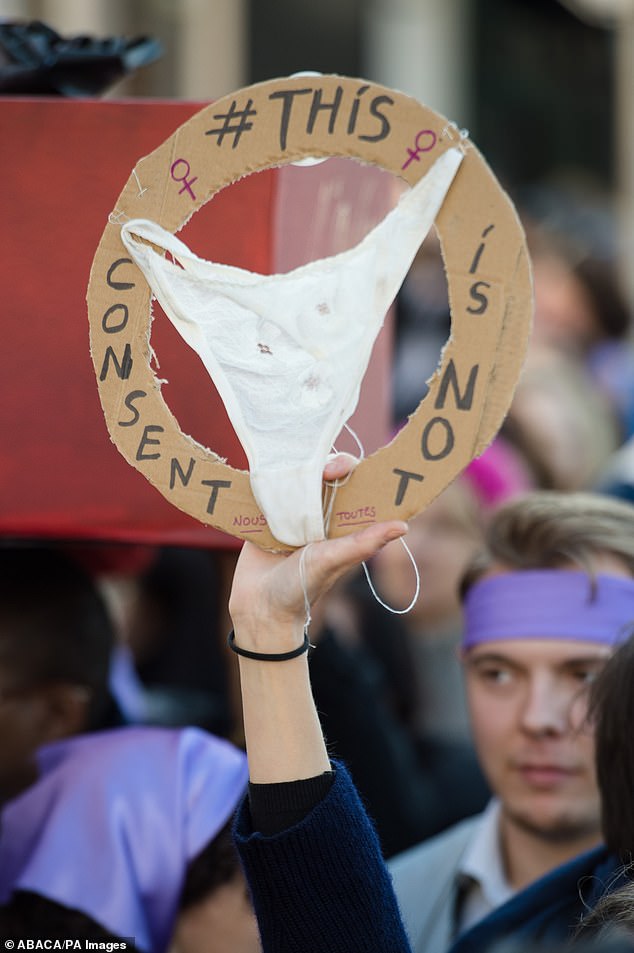