Europe’s front pages were once again dominated by talk of a European Super League – and today it was beleaguered Juventus chairman Andrea Agnelli in the firing line.

Agnelli’s key role in the proposal for a closed-shop style breakaway league has seen him met with fierce criticism.

He was splashed across the front page of Thursday’s Gazzetta dello Sport as they say he has been ‘left isolated in Italy and Europe’ after the Super League plans collapsed in 48 hours.

Gazzetta dello Sport’s headline read, ‘Agnelli Mystery’, with his future at the head of Juventus ‘more in doubt than ever’ before.

A picture of Agnelli with his head in hands accompanies the story questioning his future as the decision-maker in Turin.

Tuttosport, a Turin-based newspaper, detailed that Agnelli ‘will have to mend the rapport with Serie A and UEFA’ after attempting to pull off the audacious Super League proposals. 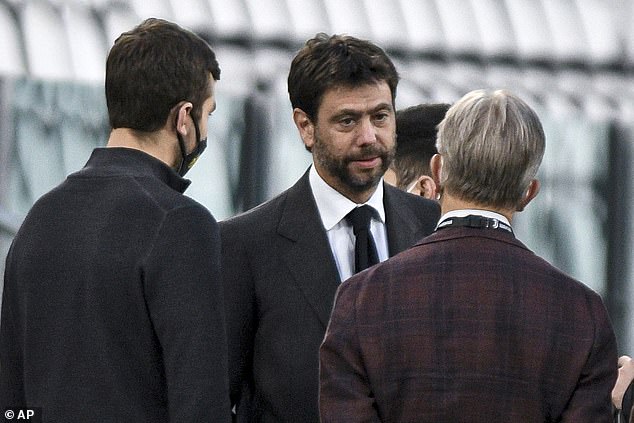 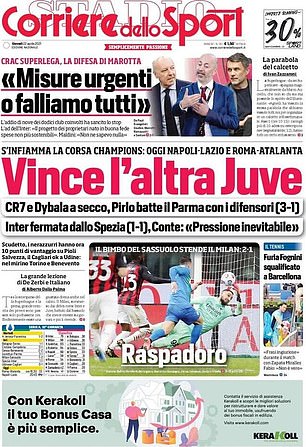 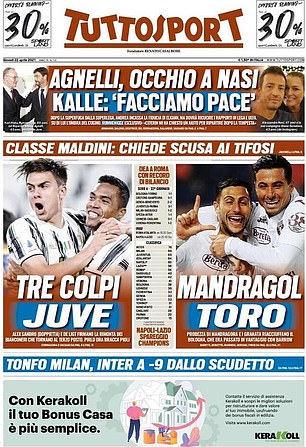 Over in Spain, Mundo Deportivo were left reflecting that the plans to push through a breakaway competition ‘stink’.

They report that Real Madrid and Barcelona ‘maintain they need important changes’ to the game of football and both LaLiga giants ‘want to negotiate with UEFA’ regarding reform.

Real Madrid president Florentino Perez, who was also named as the future president for the Super League, made a 90-minute appearance on Spanish radio in which he produced an impassioned defence of the plans.

It was his interview which ran on the front of Spanish daily newspaper Marca as he said he is ‘sad and disappointed’ that English clubs pulled out to destroy hopes of this breakaway being pushed through. 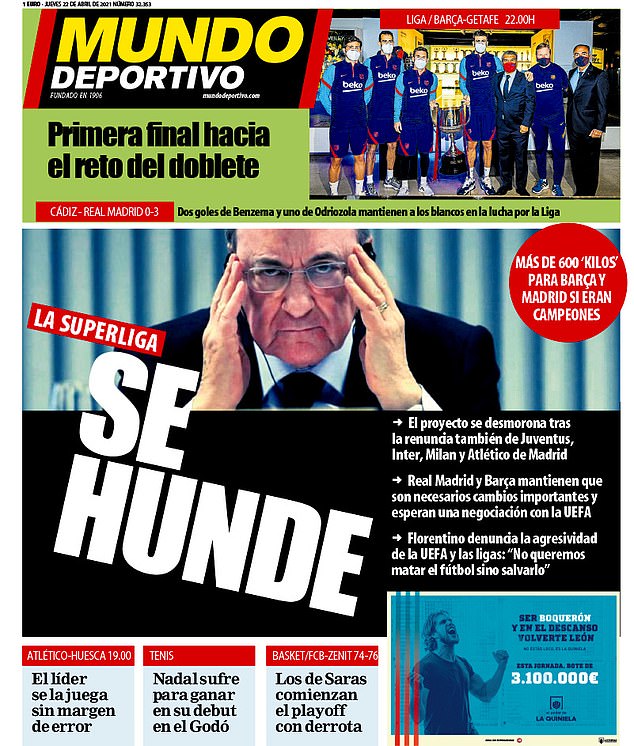 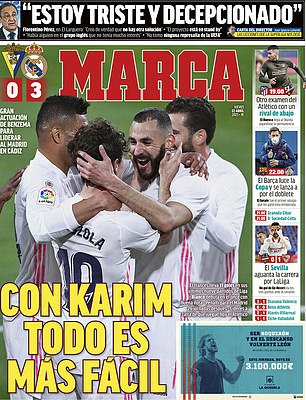 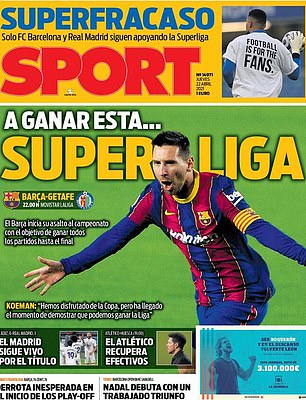 Perez came out swinging in an interview with El Larguero’s Manu Carreno in which he claimed a smear campaign was created to oppose the Super League after fierce backlash across Europe.

Perez also doubled down on suggestions that the 12 founding members of the project have not left yet given that they have signed a legally ‘binding contract’, while suggesting several English teams could still feature in the competition.

‘I am a bit sad, disappointed,’ he started. ‘We have been working three years on this project, on fighting the current financial situation in Spanish football. It is easy to understand – you cannot touch La Liga, so you look for more money midweek.

‘The leagues are sacred. What we can change is the midweek games. The Champions League is obsolete – it’s only interesting from the quarter-finals onwards.

‘Among the 12 teams we lost €650million last season. This season two or three more times. This format clearly does not work.’ 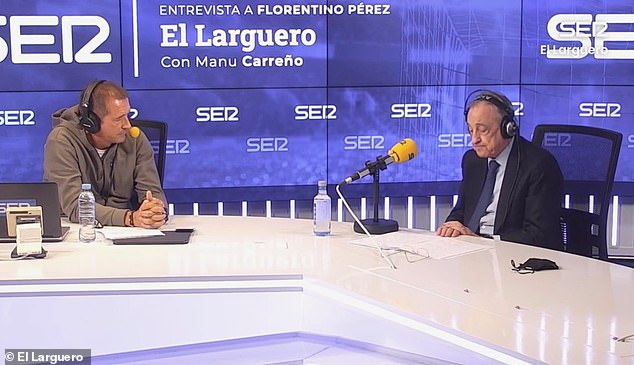 Real Madrid president, and president of the European Super League, Florentino Perez (right) came out fighting on Spanish radio on Wednesday night after his proposals were foiled