The fleet of autonomous taxis are operated by Yandex – a Russian search engine that boasts many of the same services as Google, including self-driving vehicles, e-commerce, and a voice-activated AI assistant.

Yandex has launched its trial project for the driverless fleet in the new town of Innopolis, which is being developed as a ‘high tech city’ in the Republic of Tatarstan.

The service will free-of-charge to passengers during the trial and Yandex will have an engineer inside the cab at all times to ensure safety should the system fail.

Car companies around the world are hard at work developing their own autonomous driverless cars, however, this is the first time the self-driving vehicles have been available to try for anyone in the area and travel on public roads in Europe.

Pictured is the Yandex self-driving taxi that is available to book today. The autonomous vehicle is designed and operated by the Russian equivalent of Google. The latest trials are being conducted in the new town of Innopolis, found in western Russia’s Republic of Tatarstan

The autonomous cabs have been designed to adapt to other road users, giving way to other vehicles and pedestrians, and even performing emergency stops if needed.

The service is operating free-of-charge to passengers during the trial.

Yandex has confirmed that engineers will be inside the vehicle at all times during the trial period to monitor the system and ensure safety should it fail.

Around 100 people have already signed up to take part as passengers in the trials.

Should it prove successful, Yandex plans to roll-out the service more extensively.

‘Our Yandex self-driving team plans to later expand the autonomous ride-hailing service to include more destinations, additional vehicles, and removing the safety driver, in addition to improving the service based on user feedback,’ a spokesperson for the Moscow-based company said.

Governments are often hesitant about putting self-driving cars on roads because the technologies are still being actively developed.

The UK has four cities that currently allow trials on the road, while France and Israel only allow tests on a case-by-case basis.

However, these services are not currently open to members of the public. 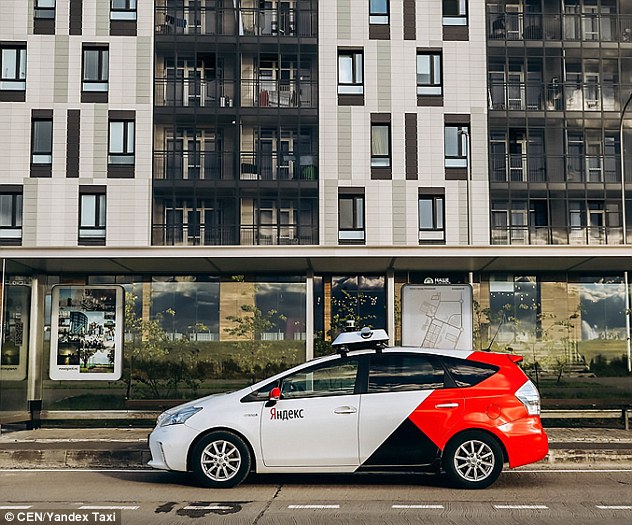 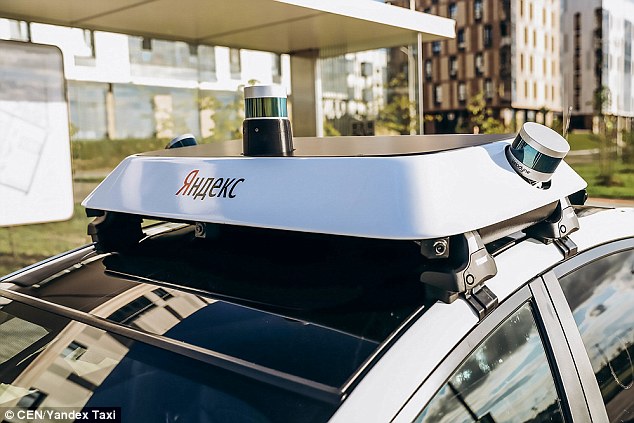 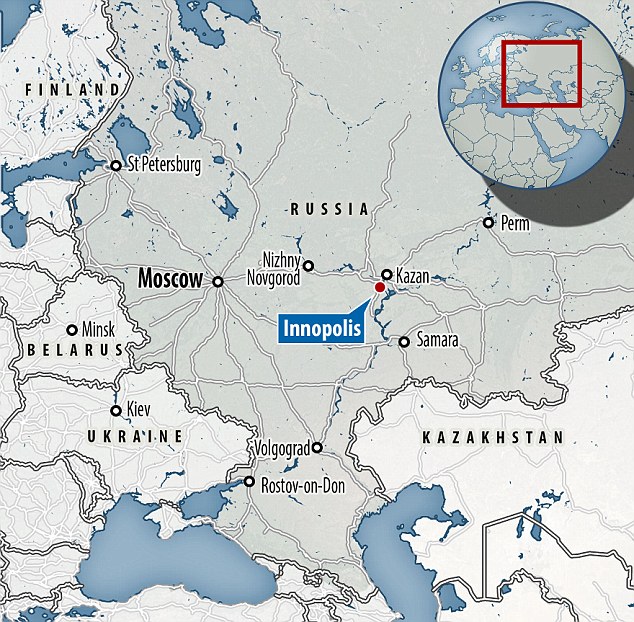 Innopolis, which is currently effectively a technology park with town status, is being developed as a ‘high tech city’

Rustam Minnikhanov, the head of the region, signed the deal with Yandex for Innopolis to be the testing ground for the futuristic new service.

Mr Minnikhanov, one of the first to test the service, said: ‘Autonomous taxis are safer.

‘I can drive a car professionally and therefore can evaluate it.

‘The system works very smoothly. The way the car turns, breaks, it is very safe and pleasant.’

Innopolis was initially established as a technology park in 2012, with a focus on supporting high-tech industries. 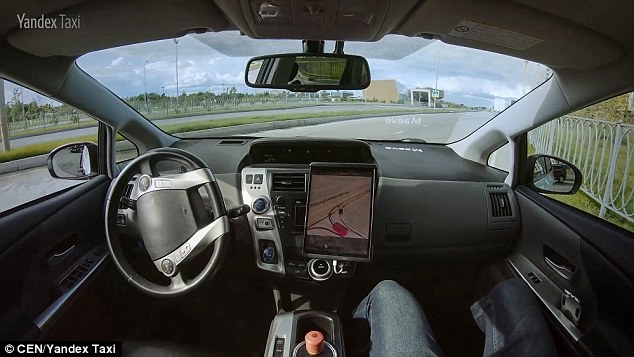 Innopolis was set up as a technology park in 2012, with a focus on supporting high-tech industries 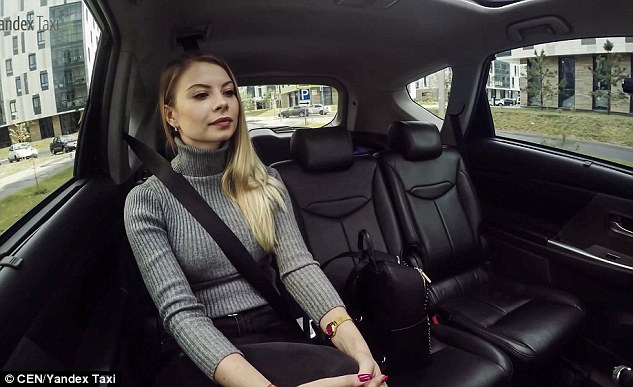 Around 100 people have signed up to take part as passengers in the trials. If it proves successful, the next step will be to roll out the service more extensively

However, it was later granted town status and there are ongoing plans to develop the area over several stages – spread across 120 hectares – with a university serving as the core focal point.

Autonomous taxi services have already been tested in a number of other parts of the world.

US firm NuTonomy launched a self-driving car service in Singapore in 2016, while both Uber and Google’s sister company, Waymo, are trialling similar schemes in California, Arizona, Pittsburgh, and Texas.

A self-driving taxi service is also being trialled in the Japanese capital city of Tokyo with a view to rolling it out more extensively in time for the 2020 Olympic Games.