The Eurovision Song Contest 2023 will be held in Liverpool, it has been announced.

Commentator of the music competition, Graham Norton, 59, appeared on The One Show on Friday to reveal where in the UK the event would take place after Liverpool and Glasgow were named the final two cities in the running last month.

Comedian Graham said: ‘The city that will host the 67th Eurovision Song Contest in 2023 is Liverpool.’

A big announcement! Graham Norton announced The Eurovision Song Contest 2023 would be held in Liverpool during an appearance on The One Show on Friday

Ukrainian entry Kalush Orchestra triumphed at the 2022 competition in Turin, Italy, but the European Broadcasting Union (EBU), which produces the annual event, decided the show cannot be safely held in the country following Russia’s invasion.

The group said in a statement: ‘We are very pleased that next year’s Eurovision Song Contest will take place in Liverpool. Though we haven’t had the privilege of visiting yet, the musical heritage of the city is known all over the world.

‘Playing in the same place that The Beatles started out will be a moment we’ll never forget! 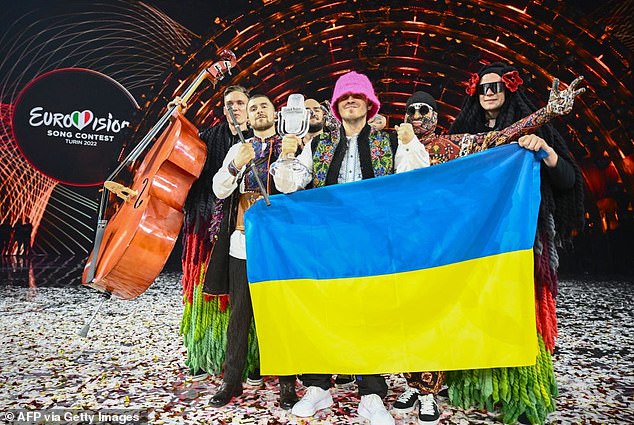 Winners: Ukrainian entry Kalush Orchestra (pictured) triumphed at the 2022 competition in Turin, Italy, but the EBU decided the show cannot be safely held in the country following Russia’s invasion 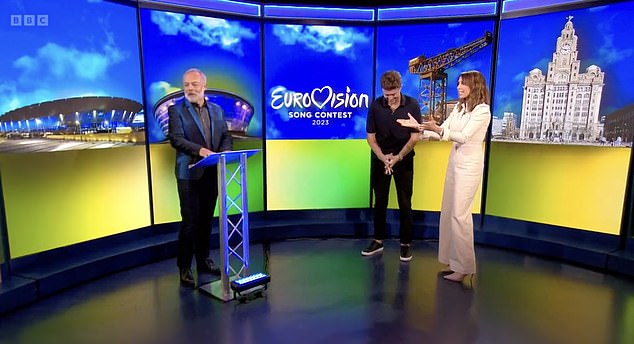 Host city news: Graham made the announcement alongside The One Show hosts Alex Jones, 45, and Roman Kemp, 29

‘Although we are sad that next year’s competition cannot take place in our homeland, we know that the people of Liverpool will be warm hosts and the organisers will be able to add a real Ukrainian flavour to Eurovision 2023 in this city.’

After the announcement, Steve Rotheram, Mayor of the Liverpool City Region, said: ‘While we came up against stiff competition from Glasgow, who deserve more than the nil points they have received on this occasion, nowhere is more experienced or qualified, and nowhere throws a party quite like we do.

‘We want to put on a show that Ukraine would be proud of, and we have been working closely with Liverpool’s sister city of Odesa to ensure that this is their event as much as our own. 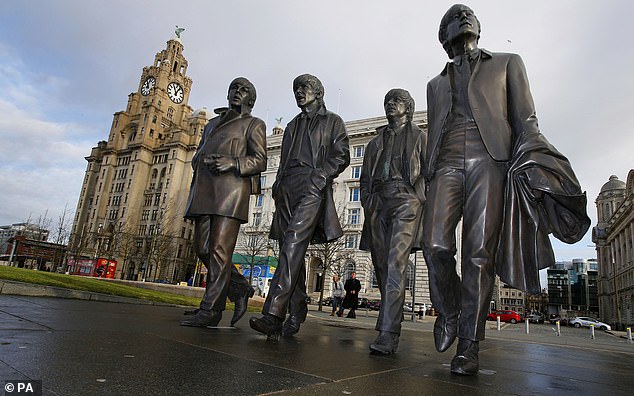 Host city: Liverpool is famous for its music heritage, with the town known as the birthplace of The Beatles (The Beatles statue pictured in the city) 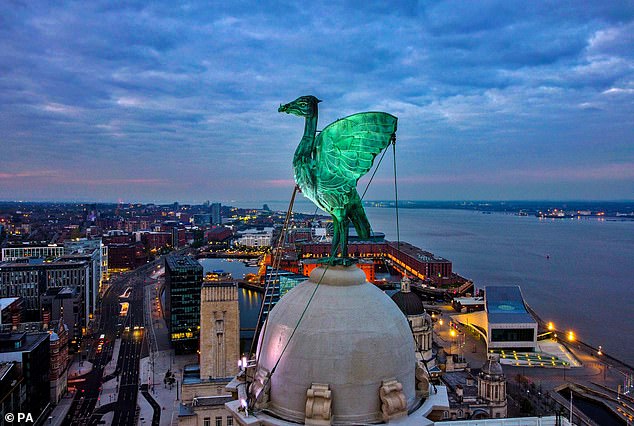 Sights: The Liver Building in Liverpool is pictured as BBC’s The One Show has announced that Liverpool will be the host of 2023 Eurovision Song Contest 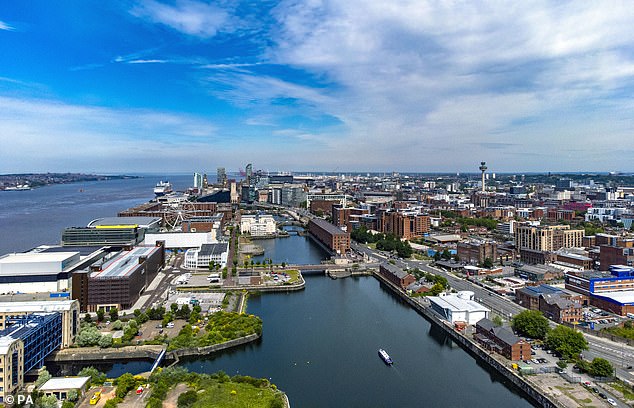 Attention: Thousands of people will descend on Liverpool to attend the contest with millions more watching on television and online after 161million tuned in this year (Liverpool marina pictured)

‘Now the hard work begins. Putting on a show that will give millions a night they will never forget in one of the most turbulent and trying years for our continent is no mean feat.

‘If anywhere is capable of it, it is the Liverpool City Region, with a little help from our friends in Ukraine.’

Sam Ryder, 33, who represented the UK in the competition and placed second overall after Ukraine this year is set to appear on The Graham Norton Show on BBC One at 10.40pm on Friday where the pair will discuss the host city announcement.

‘Myself and Sam, on Friday night, we will be discussing where Eurovision is going to be on the telly — because we’ll know by then,’ Graham said. 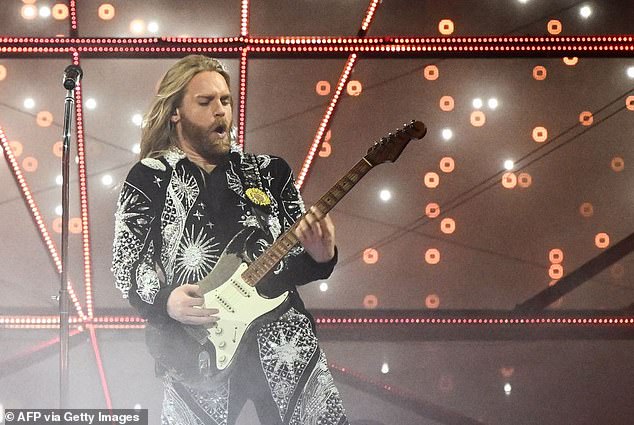 ‘I hope this is ok to say. But yes I am. Unless I’m not supposed to say this, and in which case someone else – Sam Ryder will be there opening an envelope,’ he joked.

Last month, the BBC announced that Liverpool and Glasgow are the two cities in contention to host next year’s Eurovision.

The UK was given the chance to host the event for the ninth time – more than any other country – after Sam Ryder came second in the competition.

In August a list narrowed down from 20 UK cities who initially submitted an ‘expression of interest’ was released by the BBC, with applicants across all four regions demonstrating how they would reflect Ukrainian culture, music and communities.

Battling it out: Last month, the BBC announced that Liverpool and Glasgow were the two cities in contention to host next year’s Eurovision. Liverpool is pictured

Of the seven cities named in August, six were in England, one in Scotland, with Belfast failing to make the cut for Northern Ireland.

Requirements included ‘a suitable venue and sufficient space to deliver the requirements of the Song Contest’, necessary commitment to the contest including a financial contribution, and ‘alignment with the BBC’s strategic priorities as a public service broadcaster’.

Liverpool, which has been a UNESCO City of Music since 2015, is synonymous with The Beatles and has a rich music heritage.

The leader of Glasgow City Council has said the city has ‘everything it takes’ to host Eurovision after the shortlist was announced.

The Eurovision song contest will take place in May next year. 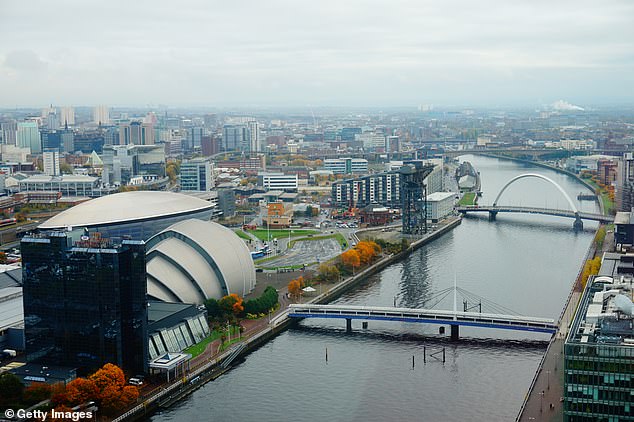 Second place: Glasgow missed out on hosting the 67th Eurovision Song Contest after the UK was given the chance to host the event for the ninth time. Pictured is Glasgow