If you’ve not encountered these phrases before, you might think they belong in a science fiction novel.

In fact, they are now used in British medicine as so-called gender neutral inclusive language.

The idea is to make healthcare more welcoming and accessible to those who don’t fit the standard model of being male or female.

For instance, Government figures suggest that roughly 680,000 Britons ‘do not identify with the gender they were assigned at birth’.

A transgender man – who was born with female body parts – might still have female anatomy and can become pregnant. It’s one example of why many NHS trusts are adopting a broader approach to gynaecological and obstetric language.

Now listen to the debate – are you a woman, or a body with a vagina?

Few would dispute that our NHS must be accessible to everyone. But there was an outcry last week at one phrase that was new to me.

The Lancet, one of the world’s most influential medical journals, tweeted an image of the cover of its latest issue, which displayed a sentence that, in effect, replaced the word ‘women’ with ‘bodies with vaginas’.

The line was from a review of an exhibition on menstrual health at the Vagina Museum in London. It read: ‘Historically, the anatomy and physiology of bodies with vaginas have been neglected.’

Many women, quite understandably, were furious. Editor Richard Horton was accused of ‘dehumanisation’ and ‘erasing’ women from a conversation that primarily concerns… women.

But I have another concern: That when using phrases like this, a sizeable number of patients won’t have the foggiest idea what you’re on about – a problem if you want to give public health messages that must be understood by everyone.

The use of inclusive language isn’t new. In 2016, the British Medical Association recommended its staff use ‘pregnant people’ instead of pregnant women.

For anyone who thought that wouldn’t catch on, it’s a phrase that you’ll hear widely used in maternity care now.

Then, in February last year, midwives at Brighton and Sussex University Hospitals Trust were told to start using terms such as ‘chest milk’ instead of breast milk.

The idea, I’m told, is that some transgender men who give birth and nurse their children feel profound distress at being reminded they’re doing so with their breasts.

‘Breast’ is already a gender- neutral term. In medicine, the chest usually refers to the thorax, which houses the lungs and heart, among other things.

The Lancet, one of the world’s most influential medical journals, tweeted an image of the cover of its latest issue, which displayed a sentence that, in effect, replaced the word ‘women’ with ‘bodies with vaginas’

Speaking to The Mail on Sunday’s Medical Minefield podcast this week, Dr Alison Berner, a cancer specialist who also works in gender identity at the Tavistock and Portman NHS Foundation Trust, said the idea was to assume nothing, perhaps use a neutral term as a starting point, and if in doubt, ask.

She said a ‘cisgender’ man – one who was assigned male at birth and still identifies as a man – may be fine with the term breast cancer, but added: ‘There might be someone who experiences extreme distress from that term. It’s about checking with each individual person what’s all right for them.’

What about ‘bodies with vaginas’ – surely no one wants to be called that?

But Dr Berner said: ‘I am a cisgender woman and I have a body with a vagina.

‘When I see a term like that I know it’s applicable to me and applicable to my trans male friends, if they have a vagina. It’s an anatomically accurate term.’ 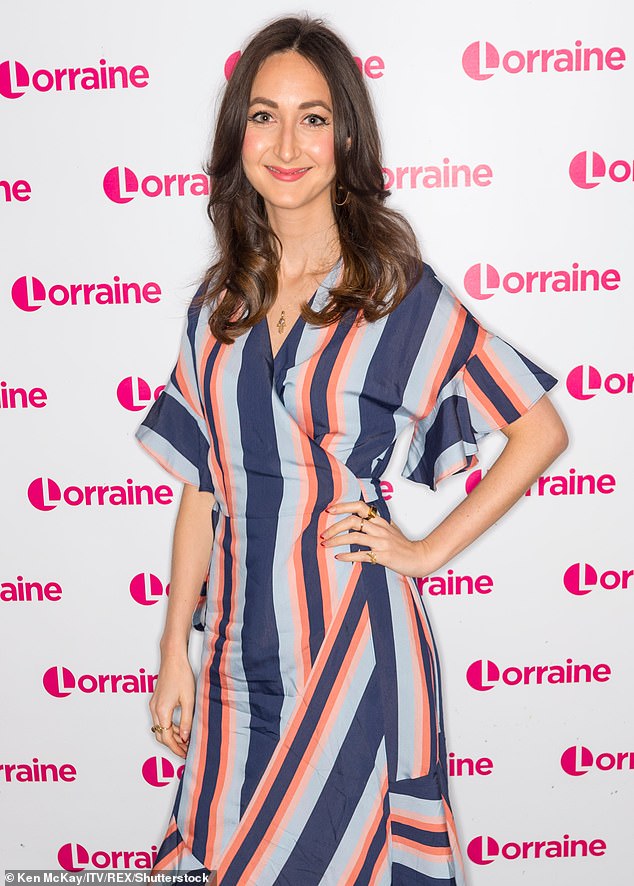 EVE SIMMONS: ‘When using woke phrases like this, a sizeable number of patients won’t have the foggiest idea what you’re on about – a problem if you want to give public health messages that must be understood by everyone’

What about the women who have been offended by it? She cited the risk of making a transgender person suffer dysphoria, a form of distress, adding: ‘There will always be people who might be offended.

But that is quite different to triggering dysphoria.’ It is a controversial view, and I’m not sure how, in trying to be inclusive, you avoid pitting one group against another.

It’s perfectly fair for a woman to say, I don’t want to be called a ‘body with a vagina’. I know I don’t.

What if terms such as ‘pregnant people’ make it into doctors’ everyday speech? Would it confuse people?

An NHS report estimates that 43 to 61 per cent of adults have literacy and numeracy levels that mean simple messages in NHS leaflets can baffle them, and 43 per cent struggle to grasp instructions on a paracetamol packet.

In healthcare, misunderstandings can lead to serious consequences.

In 2016, the British Medical Association recommended its staff use ‘pregnant people’ (above) instead of pregnant women

‘Terms like uterus and vagina may not be totally understandable by the general population,’ says Joyce Harper, an IVF doctor and Professor of Reproductive Science at the Institute for Women’s Health.

‘It’s much more important to use language that people understand.’

Guidance from Imperial College London and the Institute of Global Health offered evidence-based instructions for health messages to improve the take-up of treatment.

It stated: ‘Make it simple. Use language, visuals and ideas that are easy to process quickly. People need to be able to understand what you are asking them to do and why it matters, and… act accordingly.’

Will ‘bodies with vaginas’ do this? I don’t think so. By trying to include one vanishingly small minority it may exclude larger numbers already facing struggles.

Before writing this article, I did some digging among medical contacts to try and find out who exactly is coming up with these terms. It proved relatively fruitless.

Just about every medic I spoke to said they weren’t sure, as any medical professional they knew who dealt closely with patients would consider most of the phrases too confusing. 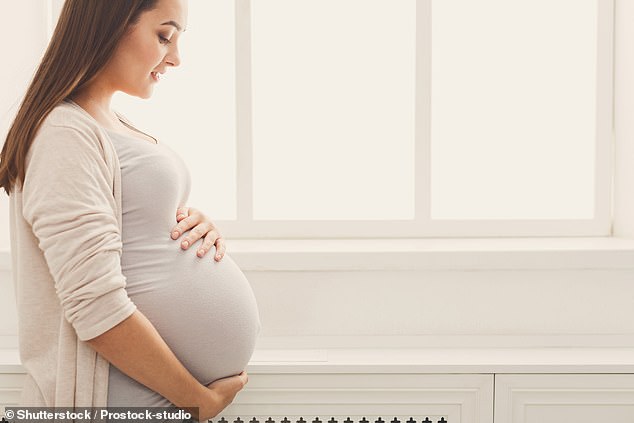 Some terms, such as ‘pregnant people’, are understandable and easy to use, they told me. But others – certainly ‘bodies with vaginas’ – they would not recommend. So who would? [File pic]

Some terms, such as ‘pregnant people’, are understandable and easy to use, they told me. But others – certainly ‘bodies with vaginas’ – they would not recommend. So who would?

Eventually, I spoke to one female doctor who told me that local health teams were often influenced by suggestions from equity steering committees.

These groups are largely made up of volunteers who are asked to represent the community on important issues, and feed prorities back to health chiefs.

But crucially, they are not usually healthcare professionals and, perhaps, lack in-depth knowledge of the repercussions of perplexing health messages for patients.

I’m also not sure Sophia Davis, author of the Lancet article, intended the phrase to be taken out of context.

I emailed her to ask her thoughts, but got only a statement from the editor saying he was sorry people got upset.

The piece uses the word ‘woman’ many times. So why, of all the valuable passages in it, did the editor choose this sentence for his cover? Did he hope it would create useful discussion?

What do YOU think of the term ‘bodies with vaginas?’

Or did he just think that any publicity is good publicity?

Call me cynical, but I think the latter is more likely.

Many of the female doctors I approached on this toxic subject refused to speak.

Dame Professor Clare Gerada, one of the UK’s most senior female doctors and former chair of the Royal College of GPs, said: ‘It’s an area that will result in a lot of hate mail whatever my views, so I won’t say anything. Sorry.’

Another said: ‘People are just terrified of saying the wrong thing, so they’d rather not say anything.’

A third said simply: ‘I am unable to help with this topic.’

In science, open communication, debate and critiques are key to understanding the truth.

An absence of healthy discussion on the subject is the most disturbing thing of all.