Even elephants hate being lonely! Solitary animals show more signs of STRESS than those in a group

Even elephants hate being lonely! Solitary animals show more signs of STRESS than those in a group, study reveals

From anxiety to depression, loneliness is known to have a range of unpleasant symptoms in humans.

And now a new study has shown that loneliness is just as problematic for elephants, who show more signs of stress when alone than in a group.

Researchers from the University of Turku studied Asian elephants in Myanmar to assess whether sociality is linked to stress in the animals.

Their analysis revealed that loneliness increased male elephants’ levels of stress, while females were less stressed when they had babies.

There are more than 10 physical characteristics that differentiate Asian and African elephants.

For example, Asian elephants’ ears are smaller compared to the large fan-shaped ears of the African species.

Only some male Asian elephants have tusks, while both male and female African elephants grow tusks.

It is also important to note that there are two distinct elephants species on the African continent—the savanna elephant and the forest elephant, with a number of characteristics that differentiate them both as well.

‘Feeling lonely can also have a negative impact on your mental health, especially if these feelings have lasted a long time,’ Mind said.

‘Some research suggests that loneliness is associated with an increased risk of certain mental health problems, including depression, anxiety, low self-esteem, sleep problems and increased stress.’

However, until now, little research has looked into how loneliness affects Asian elephants – a typically social species.

In the study, the team studied 95 Asian elephants in Myanmar who were working in the timber industry.

‘This is a unique research environment and population that allows us to study many elephants living in their natural environment, but at the same time have detailed information about their social lives,’ said Dr Martin Seltmann, who led the study.

During their investigation, the researchers assessed the size of the elephants’ work groups, the number of males and females in each group, and if there were any babies within the group.

They also assessed the concentrations of stress hormones in the elephants’ faeces.

In addition, the researchers spoke to the elephants’ handlers from 2014 to 2018, who were able to give information on the social interactions of each individual animal.

‘We found that male elephants show higher levels of stress when they have no friends and when they are in social groups with more males than females,’ said Dr Seltmann. 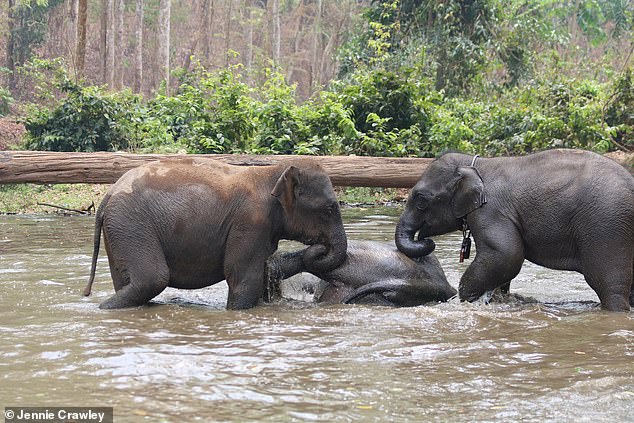 Their analysis revealed that loneliness increased male elephants’ level of stress, while females were less stressed when they had babies

‘Female elephants show lower levels of stress when babies are present in the social group.

‘The size of the social group is not related to levels of stress hormones in males nor females.’

While the researchers expected that solitary females would shown signs of stress, they found that this was not always the case.

Compared to male elephants, solitary females might still be able to interact with other individuals without forming strong social bonds, according to the researchers.

This means the lack of those bonds may not be perceived as a stress.

Overall, the findings highlight the importance of sociality in species beyond humans.

The team hopes the findings could be used to develop methods to improve the welfare of captive social animals in the future. 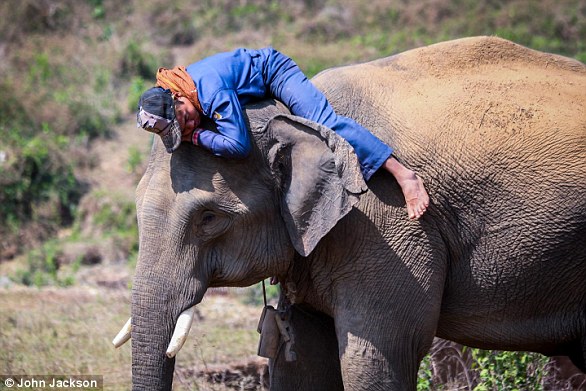