A postie who moves like Jagger. A bewigged Blondie clone (called Debbie Harris!). And a teacher who soars to Wuthering Heights. Event meets the UK’s biggest rock ‘n’ roll copycats

The Bootleg Ball is rocking. Some of the UK’s finest tribute acts have descended on the southern seaside town of Bognor Regis to enjoy an evening of soundalike high jinks and doppelgänger frolics.

Prepare to enter a parallel pop universe where, as the Fab Four put it, ‘nothing is real’. 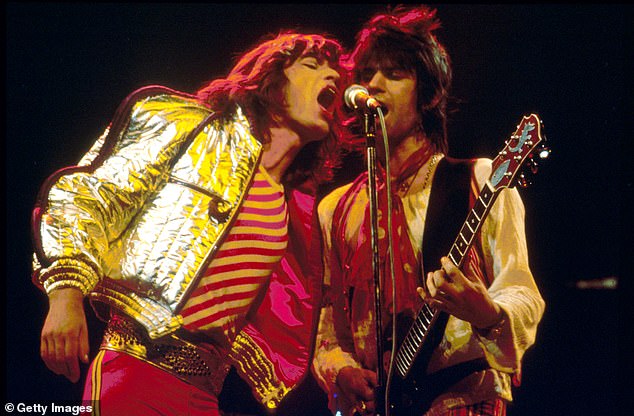 The real Mick Jagger and Keith Richards in Frankfurt in 1976

It is 10pm in Reds Bar, Butlin’s, and Chasing Mumford, the official Mumford & Sons tribute, are bringing their set to a rollicking climax, stamping out work-boot rhythms with a beardy intensity worthy of the genuine article.

Backstage, Bootleg Blondie are making their final preparations before taking the stage for a 45-minute flurry of timeless hits including Heart Of Glass, Call Me, The Tide Is High and Atomic.

Debbie Harris – her real name, as fortune has it – has successfully completed her transformation into Debbie Harry circa 1979 and is patiently applying a final coat of lip gloss before showtime. 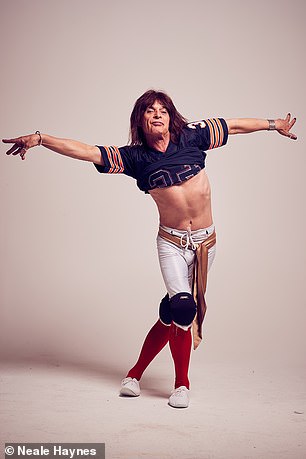 Husband Andy Harris is tightening his skinny tie, as he once again becomes Blondie guitarist Chris Stein for the delectation of a well-lubricated crowd, many of whom are in less expertly sourced but still beguiling fancy dress. ‘You don’t get into this game for the glamour,’ he warns, surveying the basic facilities. ‘We’re playing Skegness tomorrow.’

Glamour-free it may be, but business for tribute acts is booming in Britain. This fascinating subplot to music’s mainstream narrative has steadily grown into a multi-million-pound industry.

As mega-gigs by stadium-sized stars become ever more costly and remote, tribute acts offer intimacy, accessibility and, most importantly, fun, for a fraction of the price.

Broadly speaking, it began in 1980 with The Bootleg Beatles. Born out of the West End hit musical Beatlemania, the band discovered they could play clubs regularly and profitably. Some 4,000 performances later, The Bootleg Beatles are still ‘the toppermost of the copymost’ and will be appearing in theatres this month.

Having been together, with line-up changes, four times longer than The Beatles, they received the ultimate accolade when Beatles producer, the late Sir George Martin, declared it ‘a terrific show’.

Sir Paul McCartney concurred, telling them, ‘I’m gonna come to your next show and heckle ya!’

In a post-modern twist, McCartney has played with the occasional Beatles tribute supergroup, Dr Pepper’s Jaded Hearts Club Band, which has featured members of Muse, Blur and The Zutons.

Once frowned on by critics and purists, tribute acts have finally found a place in the world and, judging by the inspired group names, it is a place where the pun never sets.

Oasish, Proxy Music, Faux Fighters, Fake That, Earth Wind For Hire, Nott The Hoople, By Jovi, Antarctic Monkeys and even The Cheeky Monkees.

It is estimated that the number of tribute bands currently on the UK’s club and pub circuit is now ‘in the thousands’.

The big names – The Beatles, The Rolling Stones, Queen, Abba, Bowie – have spawned hundreds of tribute outfits. But even lesser-known groups have copyists now. ‘There are tribute bands for groups who weren’t massive in the first place,’ chuckles Harris, who has an encyclopaedic knowledge of obscure punk and cites a sham Sham 69 outfit as evidence. ‘But there’s room for everyone no matter huge or how niche.’ 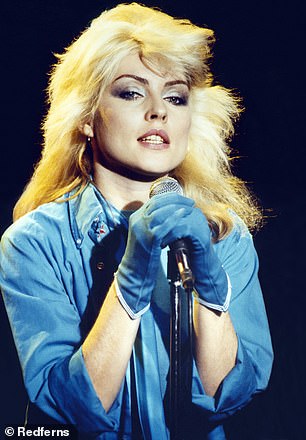 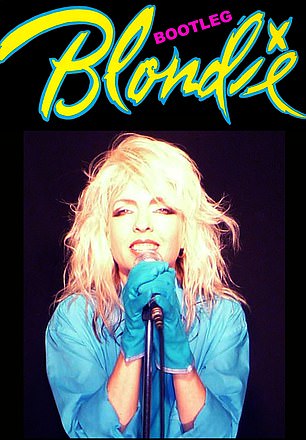 Previous job Singer in the band Granny Takes A Trip

‘It’s all ‘hurry up and wait’ backstage, as Debbie Harris paces the concrete floor and pours herself a warming cup of hot water from the urn provided.

I ask her if she was not creating a rod for her own back in electing to emulate one of the great beauties of our time. ‘Definitely,’ she sighs. ‘It’s hard work trying to look like a flipping goddess.’

She once met Harry backstage at a Blondie show in London and talked to her ‘about bowling of all things’ and gave her a birthday present, a shaggy orange coat, which Harry ‘reckoned she looked like a Wookie in’.

When Debbie and Andy, who are both in their late 40s, got married, Debbie and Chris sent them a very cool video message (‘Congratulations, rock the house!’).

Then with Blondie off the road, their in-demand drummer Clem Burke, who has backed Eurythmics and Bob Dylan, contacted Bootleg Blondie at the start of the year and offered to play 15 UK concerts with them.

The Harrises still shake their dyed fringes in disbelief when discussing the recent ‘Clem shows’. ‘It was unreal, the fans couldn’t believe it,’ marvels Andy. ‘We still can’t believe it ourselves.’

If Debbie Harry witnessed Bootleg Blondie live, she too might have to pinch herself. The voice, movement and energy are eerily authentic. She possibly wouldn’t have to lug the gear into the van at 1am, as Debbie Harris does, but such are the benefits of goddess-level fame. 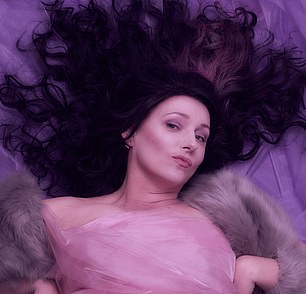 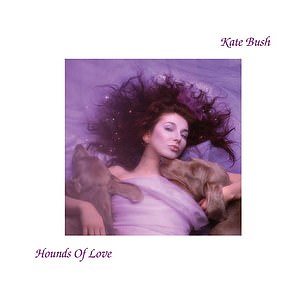 Bands are beginning to realise that the relationship between original artist and tribute act can be mutually beneficial. ‘Blondie don’t play live as much these days,’ Harris says. ‘She is 73 years old, why should she? So, in our small way, we keep the name out there.’

Other musicians prefer to keep their distance. Smiths guitarist Johnny Marr says that he finds tribute acts ‘incredibly flattering’ although has yet to attend a show by, say The Smyths, as ‘that would be very weird’.

Weirder still is how the death of an artist can prove to be a major boon for tribute acts. When David Bowie died in 2016, bookings for Absolute Bowie, an award-winning homage to the Star Man, sky-rocketed.

In May, Absolute Bowie will take their audience ‘on a two-night trip’ at The Half Moon in Putney, south London, when they present Bowie’s vast catalogue over the course of two evenings. Fans are advised to take their protein pills.

The Half Moon has become a spiritual home for the tribute trade. The neighbourhood boozer was once a springboard venue for legends-in-waiting such as The Who, Elvis Costello and U2.

Kate Bush performed one of her earliest pub gigs at The Half Moon with the KT Bush Band in the summer of 1977. With pleasing symmetry, Cloudbusting: The Music Of Kate Bush is now a regular fixture at the iconic backroom.

Singer Mandy Watson doesn’t look much like Kate Bush – she’s blonde and blue-eyed – when we meet for a drink in the saloon. Later, she will don a dark wig and long black dress to approximate the Bush appearance but won’t be widening her eyes or striking ballet poses. ‘This isn’t a parody,’ she says politely.

Even attempting Bush’s swooping four-octave range is a daunting task for the most accomplished of singers, but Watson does so with impeccable technique.

Watson, a former teaching assistant living in Cornwall, ‘totally understands the criticism’ that tribute acts make a living out of another’s artistic endeavours but sees Cloudbusting as a serious appreciation of Bush’s work ‘done purely out of our deep love for her music’. The emotion in the performance is palpable.

At the Half Moon show, particularly during the songs Don’t Give Up and Running Up That Hill, several audience members ‘exchange the experience’ and weep openly.

Kate Bush hasn’t publicly voiced her opinion on the Cloudbusting project, but a type of tacit approval came last year when Bush’s bassist, studio engineer and former live-in partner of some 15 years, Del Palmer, guested with the tribute band at several shows to celebrate the 40th anniversary of Bush’s album The Kick Inside.

Watson saw Bush live once and found it ‘mind-blowing, almost religious’. She doesn’t know if curiosity has driven Bush to attend a Cloudbusting concert incognito but is fairly sure what her own reaction would be. ‘I’d burst into tears, probably,’ she laughs. ‘But I’d have to tell her, if she didn’t mind, how much her music has meant to all of us.’

Still Fab after 40 years, the Granddaddy of British tribute acts are so good that George Harrison once quipped, ‘You probably know the chords better than I do!’ On UK tour now till next February. bootlegbeatles.com

Voted the UK’s No 1 live tribute band on BBC1’s Battle Of The Fantasy Bands hosted by Terry Wogan in 2001. Get it on. On UK tour now. trextasy.com

Fastlove: A Tribute To The Music Of George Michael

Honouring the much-missed soul man. A classy evening showcasing the glorious music of a global superstar. Yes, you’ve got to have faith. On UK tour now. entertainers.co.uk

John O’Neill and his Brighton-based band can serve up songs from any period of the star’s career. On UK tour now till August. absolutebowie.com

The Rolling Stones don’t openly endorse The Rollin Stoned, self-styled ‘greatest rock ’n’ roll tribute band in the world’ but Keith Richards’ mum did. ‘They could stand in for the Stones,’ she said, any old time.

Rollin Stoned singer Fran White, also known as Mick Jaguar, recalls that Doris Dupree Richards came to see them in Dartford and was very complimentary about the tribute act. ‘I’ve been telling my son Keith all about you,’ she informed White. ‘And I’ve told him if that other silly old sod wants to throw his toys out of the pram then we’ve found someone who can replace him.’

After 20 years with The Rollin Stoned, White, who appeared as Jagger on ITV’s Stars In Their Eyes in 1997, still makes a magnificent Mick.

The former postman from Maidstone always delivers and it’s often first class. ‘People ask me if I get fed up singing Satisfaction but I never do because it’s what I’ve always wanted to do,’ he shrugs. ‘It’s not as hard as getting up at dawn and posting bloody letters.’

White’s musical ambition, he reveals, is to ‘sing something really bluesy’ with Jagger, whom he has yet to meet.

At 54, he still boasts a 28in waist, weighs less than 11 stone and wears the exquisitely designed costumes with an easy elegance. Keith Retched’s lop-sided ‘syrup’ might require some re-upholstering but his stripped-down guitar playing is spot-on. Bill Wymandy stands stock still, pumping out his fiendish basslines.

The ensemble’s founding member, Michel Austin, who doubles as the reincarnated Byron Jones, gave teen stardom a whirl under his own name in the early Eighties but abandoned his synth-pop career and joined an early tribute act, The Counterfeit Stones.

‘But that became a bit too cartoonish for me,’ he grimaces, sipping a lager. ‘You can have some camp humour in the act but you can’t just play it for laughs. There has to be some substance there and you have to respect the songs.’

The song selection is what makes a Rollin Stoned show special, as they’ll play all the hits plus a few less obvious gems. Alongside Tumblin’ Dice and Brown Sugar you might get the countrified Dead Flowers or a down and dirty Midnight Rambler. ‘A good old grind, that one,’ Jaguar agrees with a grin.

Tribute bands tend not to attract tribute groupies, although the Stoned main men mutter about the occasional uncomfortable encounter with jealous partners of selfie-seeking fans. ‘The girlfriend might want a photo with you and you can see the boyfriend baring his teeth or worse, breaking a bottle,’ Jaguar shudders.

Asked to choose between the two experiences, she concedes that with Jagger and co, while you might get to briefly bathe in their outlaw charisma, they will always be 2,000 light years away in a sports stadium.

Hand on heart, she prefers to watch The Rollin Stoned in a happily packed room where you’re close enough to see the whites of their bloodshot eyes.

Up on stage, Mick Jaguar positions his painted black fingernails on his narrow hipbones and asks the audience that all-important question. ‘Y’awl ’avin’ a good time?’ The roar rattles the rafters of the Tropic social club in suburban Ruislip, and Keith kick-starts another familiar riff.

It’s phoney rock ’n’ roll… but they like it.