If you want to kill someone silently, says Jo Nesbo, don’t copy the movies. ‘Coming up behind someone and cutting their throat – that is not the way to do it,’ insists the new king of dark Scandinavian crime fiction, whose latest thriller is simply called Knife.

‘The research says people who put their hand over the other person’s mouth to keep them quiet like in the movies often just cut their thumb! Better to put the knife in the back, in the kidney, because that is so painful the victim is not able to shout.’ So now you know, from someone who has really done his homework into brutal ways of killing.

Writer Jo Nesbo was a professional footballer as a teenager, playing for Norway’s best side Molde until he tore the ligaments in both knees and his career ended at the age of 19

Nesbo has been a professional footballer and a banker in the past – and he’s also a rock star in his native country – but for the past 22 years this wiry man with a sharp face, silver stubble and penetrating green eyes has been turning out gory crime thrillers of the highest order, quietly earning his place alongside Scandi noir legends Stieg Larsson, author of The Girl With The Dragon Tattoo, and Henning Mankell, creator of Wallander. Both his former rivals are dead, lost to a heart attack and cancer, but Nesbo is still thriving at the age of 59, having sold 40 million books.

Knife is the latest in a series stretching all the way back to 1997, when he created the detective Harry Hole who has frequently been bruised, battered, tortured, maimed, stabbed or almost-murdered in pursuit of serial killers. By the way Hole is pronounced ‘hoo-lay’ after the name of a town with Viking heritage – while the proper way to say the author’s name is You Nesbow.

‘I was doing research on the psychology of killing when the idea for this book came up,’ Nesbo says. ‘I found it’s extremely difficult, mentally, to kill somebody with a knife. You have to go close. You have that intimacy, which is the theme for this story.’

Knife sees the return of Harry’s old nemesis Svein Finne, a rapist obsessed with knives who is out of prison after a long sentence, looking for revenge.

The plot never goes the way you think it will, as Nesbo delights in playing tricks on the reader, but that is getting increasingly difficult. ‘I see myself as a smart guy, but we now read and consume more stories with books, TV shows and movies than our parents. Ten times more than our grandparents. So as readers we are trained in stories. We have certain expectations, we know the tricks and twists. As an author you have to stay ahead of that and even try to trick yourself, because if you can do that the readers will be tricked.’

He’s been killing people in ever more inventive ways, on paper at least, for a long time, so does Nesbo ever find himself repeating ideas?

‘I do see that I have certain things that I repeat, like amputating body parts. I have a thing about that. Maybe it’s Freudian. The fear of castration or something.’ The couple at the table next to ours in a fashionable Oslo restaurant cast nervous glances at Nesbo on hearing that.

He arrived on a bicycle, wears a simple fleece like the keen rock climber he is, but is disconcertingly intense. ‘I also keep turning back to the father-son relationship, which is strange because I have a very close and loving relationship to my father.’

Nesbo had to cope with discovering that his father had fought for the Nazis during the war. ‘I was 15. Yes, it may have to do with that: trying to forgive your father’s sins.’

His father was only 19 when he volunteered to fight alongside the German soldiers occupying his country, out on the Eastern Front near Leningrad. He believed Soviet Russia was a greater threat to Norway and its way of life than the Germans. ‘My mother’s family was in the Resistance. I had grown up with the image of the German soldier with the helmet as the devil personified, so it was a total shock. Actually, dealing with that brought us closer, my father and I.’

Jo Nesbo was a professional footballer as a teenager, playing for Norway’s best side Molde until he tore the ligaments in both knees and his career ended at the age of 19. He is still passionate about football, follows Spurs and even smuggles a dig at former Manchester United manager José Mourinho (who used to call himself The Special One) into the book. ‘José Mourinho is a pompous jerk who may have won a few titles with the most expensive players in the world, but like most people he’s been deceived by the comments of so-called experts into believing that his own unique gifts were the cause,’ he has a bar owner say.

The coach is never that important says Nesbo, who worked as a stockbroker after his playing career ended and has a fascination with sporting statistics. But he went on to have great success with the band Di Derre, which means Those Guys. At the age of 37, Nesbo was commissioned to write a book about the rock-star life. He got writer’s block and ended up writing a crime thriller called The Bat, which he submitted under a pseudonym, saying: ‘I was afraid it would be rejected as another crap book by a rock star.’ Instead, it became part of the new wave of Scandi-noir books, closely followed by series such as The Bridge and The Killing on television.

The adventures of Harry Hole have been translated into 50 languages and the detective was played by Hollywood star Michael Fassbender in a screen adaptation of The Snowman novel, although it was a disaster, both in terms of box office and reviews. 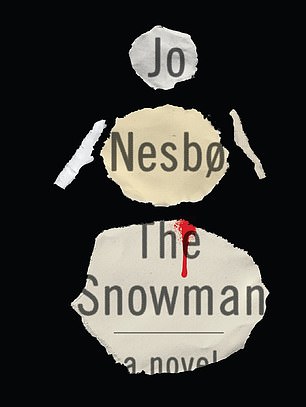 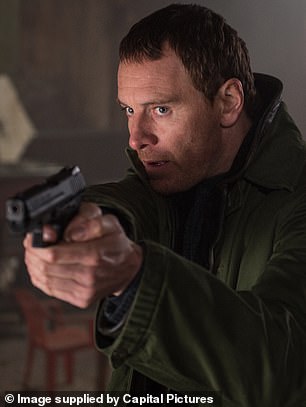 Jo Nesbo’s bestseller The Snowman; Michael Fassbender in the 2017 film adaptation of the book

Nesbo shrugs. ‘I was on a climbing trip in Greece, so I wasn’t here for the premiere. I read the reviews so I decided I didn’t need to see it. I still haven’t. The movie is not the book.’ Is there any consolation in that? ‘Yes, but it could have been a version very true to the book. There are many great movies that are true to the novels.’

Some fans confuse Nesbo the author with his crumpled hero Harry, but is his love life as disastrous? ‘Yes! No. Slightly better than Harry. If a writer describes a person’s relationship to women, to family, to friends, it would be naïve not to think he is writing about himself on a certain level. I am not as difficult. I am easy to get along with, but as long as I get my alone time. But I probably need more alone time than most people.’

Is that anything to do with seeing his daughter Selma, who is now in her early 20s, grow into a woman? ‘Everything that’s going on in my life will end up on paper, in one way or another.’

What does he say to critics who claim stories like his fuel violent fantasies in men?

‘I don’t know if they fuel fantasies. I’m not saying I have no responsibility as a writer, but I don’t have an overview of what the consequences are. I am worried that describing the method of killing somebody and getting away with the perfect crime might inspire someone to try that. Should I put down my work, and stop writing about that? Maybe. But I don’t.’

Jo Nesbo, the master of murder who has no intention of stopping, looks down at his plate of fish and shrugs. ‘What can I say?’

Jo Nesbo’s new Harry Hole thriller ‘Knife’ is published on July 11 by Harvill Secker, £20, and he will appear at the Theakstons Old Peculier Crime Writing Festival in Harrogate on July 19. harrogateinternationalfestivals.com