Event with Senator Jeff Flake is relocated due to Kavanaugh protest

An event featuring Arizona Senator Jeff Flake that was due to be held in Boston has been relocated for safety reasons due to a planned protest related to Supreme Court nominee Brett Kavanaugh.

Flake, a Republican Senator, was scheduled to appear at the Forbes Under 30 Summit at Emerson College’s Colonial Theater on Monday.

He was set to appear alongside Republican Ohio Governor John Kasich for a panel discussion titled ‘The Future of the Republican Party’.

Emerson College president Lee Pelton announced they had tried to cancel the panel for safety reasons, before revealing it had been relocated to an undisclosed location.

Pelton said in a statement that the college had rented the Colonial Theater space to Forbes and they were not initially aware of Flake’s appearance.

‘Forbes invited Senator Jeff Flake and Governor John Kasich to a panel discussion. We are seeking to exercise our right as the owners of the Colonial to have the panel canceled for safety reasons,’ Pelton said in an initial statement.

A follow statement said: ‘The Forbes 30 Under 30 Summit panel discussion with Senator Jeff Flake and Governor John Kasich has been moved to a more secure location in Boston.’ 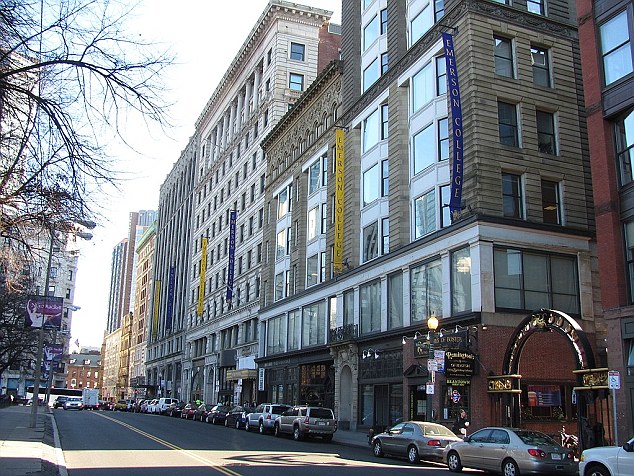 Flake upended his GOP colleagues’ plans on Friday to move quickly to confirm Kavanaugh by saying he wants an FBI investigation into sexual misconduct allegations.

A demonstration had been planned to urge Flake to vote against confirming Kavanaugh.

His appearance on the panel comes just days after two female protesters and alleged rape victims trapped him in an elevator and berated him after he announced he was voting to confirm Kavanugh.