Cult brand Everlane debuted a new line of underwear this week — and the collection tallied up a waistlist nearly 30,000 people long before it even went on sale.

When the New York-based brand announced that it would be selling underwear, bras, and bodysuits, fans were so excited that 28,420 signed up for the waitlist before Monday’s on-sale date.

In the less than 48 hours since it became available to buy online, several sizes in the highly-coveted collection have already sold out. 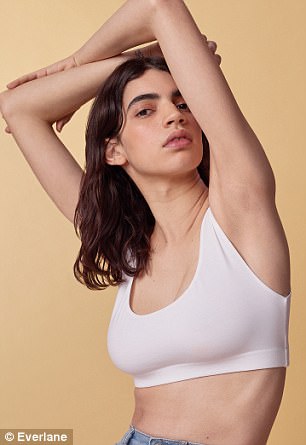 Simple: The minimalist collection is comprised of four bottoms, one bra, and a bodysuit

Fans of the brand cite affordable prices and the fact that all of the materials are made in ethical factories as major selling points.

The brand also prides itself on having Radical Transparency, revealing the exact cost of every item of clothing, along with the amount that each design would normally cost if sold through another retailer with traditional mark-up prices.

So when Everlane revealed that it was adding three different types of underwear, one bra, and a bodysuit to its inventory, many were excited.

Available in white, blush pink, black, and grey, underwear styles include a high-waist hipster, hipster, thong, and bikini cut, all priced at $12.

Though some pieces are still available, several sizes of each item are now on back order, less than two days since they went on sale.

This is not the first time thousands of people have joined a long waitlist for the brand. Just a few months ago, Everlane released a simple pair of work pants that sent people into a frenzy.

Once the brand announced it would be launching the $50 Work Pant in three different colorways, 12,000 excited customers hopped on to a waitlist. 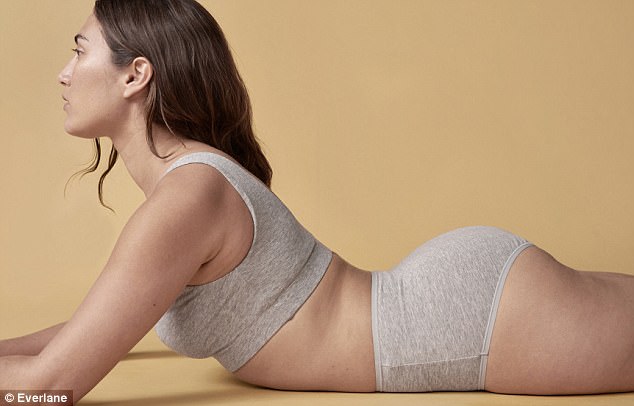 Out in the open: Body hair, natural curves and stretch marks can be seen in each photo 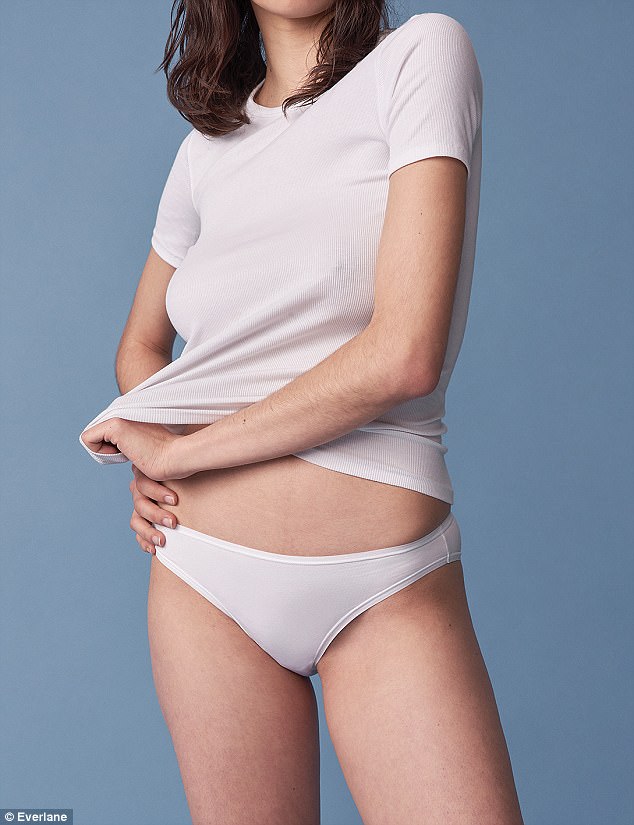 Options: Each piece is available in  white, blush pink, black, and grey styles

The campaign for the new Everlane underwear is also fronted by Girls star Jemima Kirke, who bravely posed in nothing but a pair of plain white briefs and a simple bra for untouched images.

Jemima, who rose to fame playing Jessa Johansson on the hit HBO series, stars in the diverse campaign alongside three other models, helping to showcase the company’s new ‘no frills, no bull****’ lingerie line.

Appearing in a simple white tank top and high-waisted briefs, the 32-year-old actress is joined by three other lesser-known faces for the campaign, each showcasing a different body type, to champion the natural body.

And while posing in underwear might phase most people, the body confident mother-of-two has spoken out in the past about embracing her naked body with ease.

‘I am riddled with neuroses and self-loathing and fear and feeling inadequate. I have confidence in areas: I can get up in front of people and do things. I’m confident to be naked. I can b*llshit people into thinking that I’m showing myself. But my abilities, I’m not confident in,’ she told Dazed in 2017. 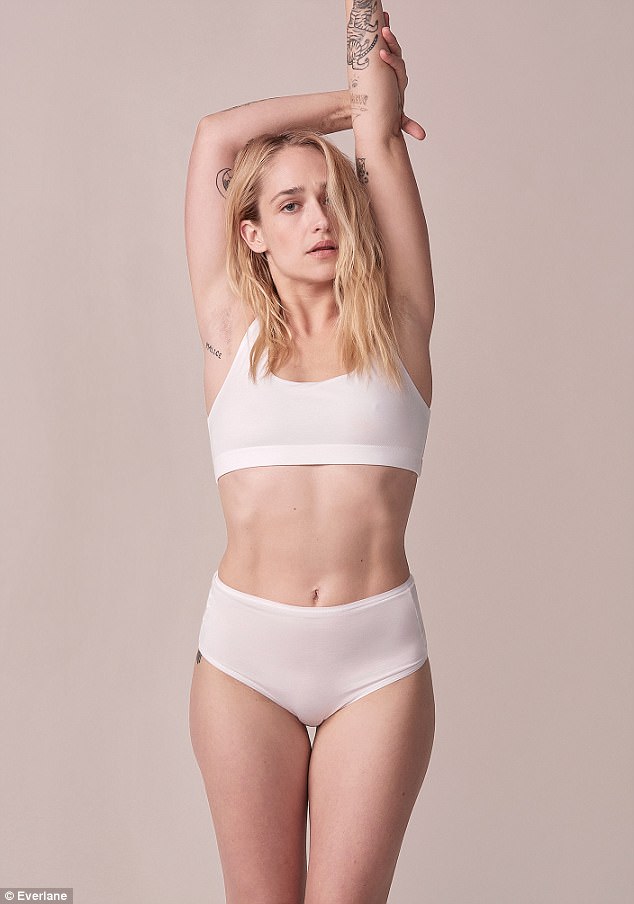 Girl power: Girls Star Jemimia Kirke appears in the campaign for the collection 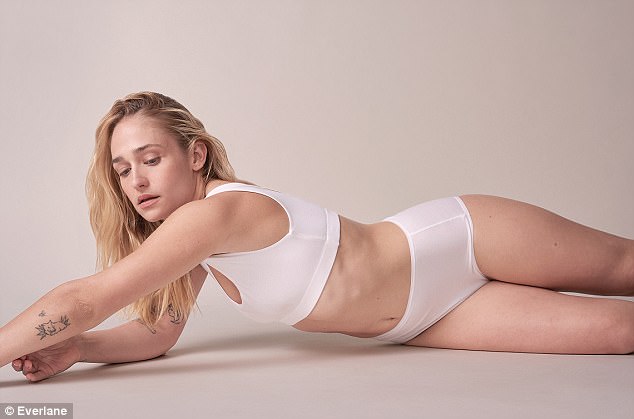 Honest: Posing in a white tank top style bra and high-waisted panties, the 32-year-old mother-of-two has spoken out about feeling most confident while naked in the past 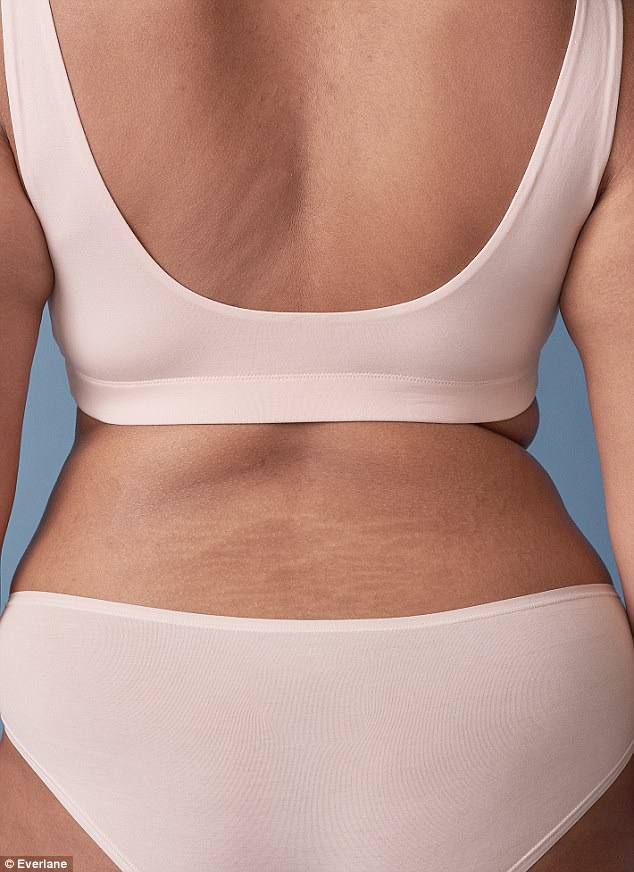 Diverse: The ‘no frills’ line celebrates comfort and bodies of all shapes and sizes, and the brand hasn’t used Photoshop on any of the images 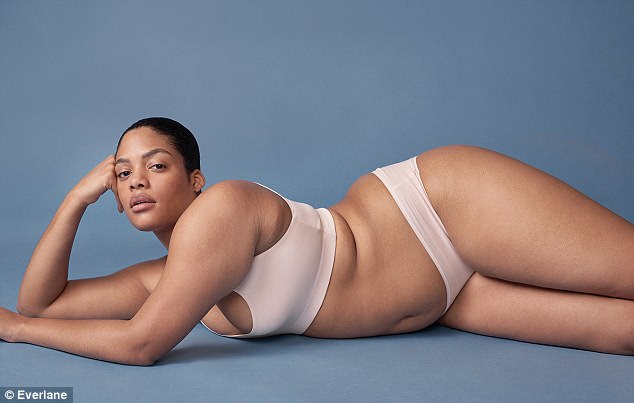 One for all: Each picture has been designed to show how the underwear suits woman of different shapes and sizes

The underwear itself is all about function and comfort that doesn’t ‘push, pad, and squeeze’ or ‘suffocate,’ the brand says, and each campaign image is undoubtedly sexy in an unassuming way.

‘The industry has made billions telling women that in order to feel sexy, they need to look like something they’re not. But times are changing—and so should our underwear,’ Everlane said of its motivation to create the collection.

‘Two years ago, our product team set out on a mission: Create simple, natural underwear that women can feel confident and comfortable in. No frills. No bows. No bulls***,’ it added.

Two years and 40 prototypes in the making, the minimalistic collection is comprised of four bottoms, one bra, and a bodysuit – plus an essential men’s boxer brief.

The collection is definitely a far cry from Victoria’s Secret or the painful looking Kardashian-endorsed waist trainers that have invaded most women’s Instagram feeds over the last few years.

And each campaign image hasn’t been Photoshopped or digitally altered in any way, so stretch marks, body hair, and curves are on all display.