Everton were mere passengers in their thrashing by Premier League leaders Manchester City on Saturday afternoon.

Pep Guardiola’s City raced to a 3-0 half-time lead at Goodison Park through Raheem Sterling, Leroy Sane and Gabriel Jesus. Yannick Bolasie pulled one back, but the result was long out of their hands by that point.

In case you were out hunting for Easter Eggs or knee-deep in chocolate, Sportsmail as compiled FIVE things you missed as City move one step closer to an inevitable Premier League title.

Attempting to stand out from the crowd can often be a tricky task, especially in the 39,000-capacity Goodison Park. And with this in mind, two supporters were desperate to do just that.

With their allegiances different – one supporting the blue of Everton, the other of City – so were their approaches.

The City supporter opted to cover himself head to toe in sky blue as he toured the outer area of Goodison before kick-off, while his Everton counterpart went for quite the opposite.

With temperatures dropping as low as 4 degrees Celsius on Saturday, speedos, a scarf and a hat – all in the blue of Everton of course – was brave, and as match-day outfits go, it certainly got the attention of snappers and fellow fans.

He even offered out a basket of Cadbury’s cream eggs too. 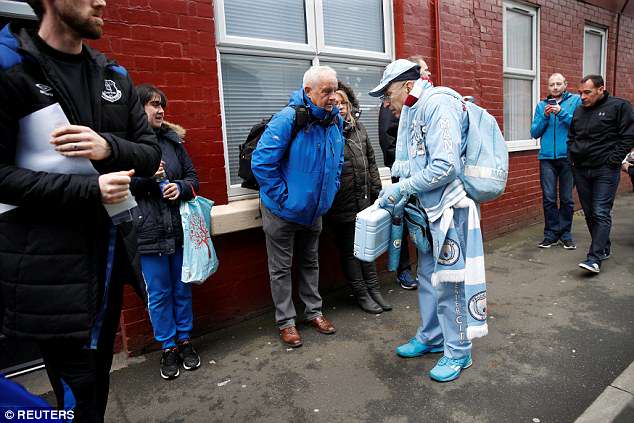 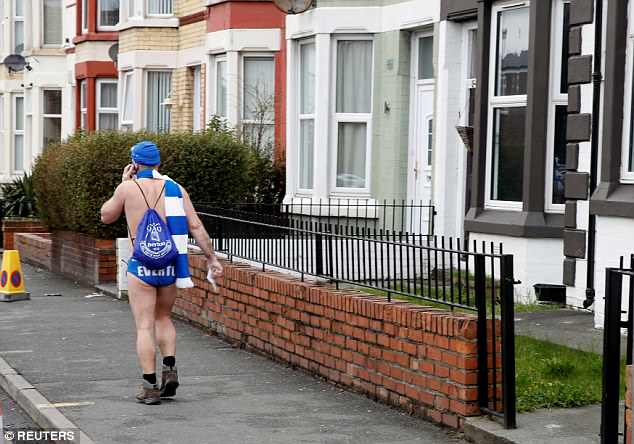 A handful of statistics could be employed to describe Everton’s woeful first half on Saturday as they limped across the line for half-time.

City’s domination was obvious – and expected – and it seemed two players were central to this: Kevin De Bruyne and Fernandinho.

The City midfield duo both outclassed their opponents, managing to complete more passes each than the entire Everton team.

De Bruyne (61) and Fernandinho (62) walked down the tunnel at half-time having bested Everton’s collective 59 successful passes. The hairdryer would have been plugged-in and firmly in the hands of a frustrated Sam Allardyce.

62 – Man City’s Fernandinho (62) and Kevin De Bruyne (61) each completed more passes in the first half than the entire Everton side combined (59). Controlled. 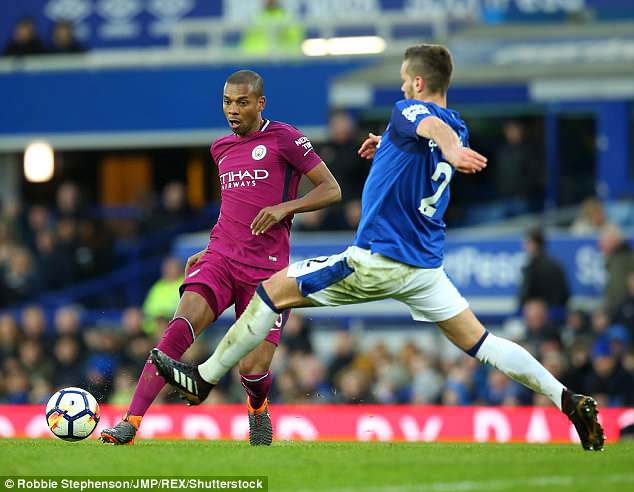 It was written in the stars for City forward Jesus to leave his mark on the game.

The Brazilian was on hand to double City’s lead after just 12 minutes in the first-half, and, with Easter Sunday upon us, triggered a surge of Tweets to celebrate the rise of Jesus one day early.

Puns were inevitable and were quick to follow the return of Jesus.

Jesus scoring a day after his death. I’m sick of Man City

Jesus scoring from a cross on Easter weekend biblical

Memories of Easter weekend for Jesus:

I reckon he’s up overall.

Fans stream out of Goodison Park before full-time

There was a moment in this game where Everton fans began to sense a comeback could be on after Bolasie pulled a goal back with a third of the game still to play.

However, the shift in momentum was only a temporary one, and soon after the home support’s patience had worn thin and a large chunk of the Toffees supporters had clearly had enough.

Footage posted on Twitter showed the supporters making a quick getaway after giving up any slim hope of a late revival. After watching their side torn apart in the first half, can you blame them? 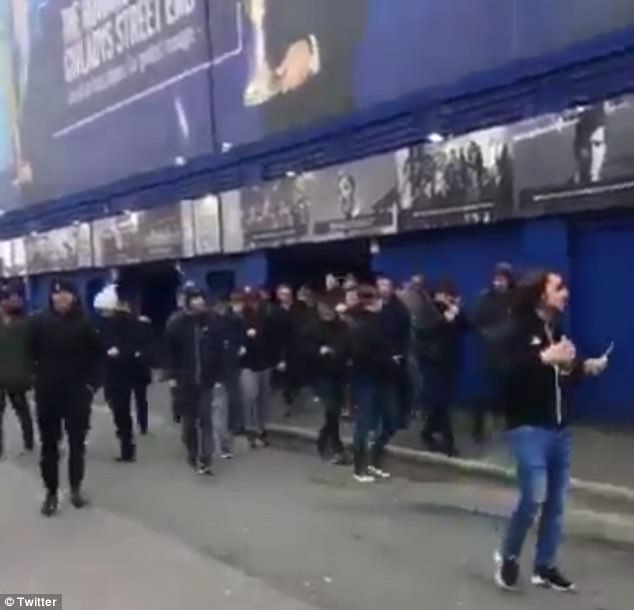 History and tradition are two things that stream through the blood of Everton players, staff and supporters alike, and they continued this ahead of kick-off.

The Toffees fans passed a giant print of club legend Howard Kendall, who died in 2015. Kendall was central – alongside Alan Ball and Colin Harvey – to Everton’s 1969-70 league title triumph. 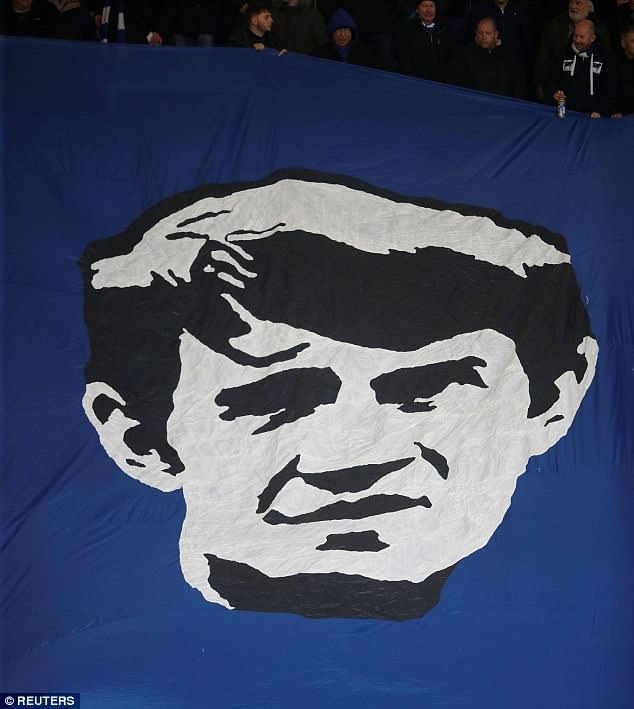