Wayne Rooney chatted to fellow Premier League striker Charlie Austin on a sun-drenched beach in Barbados as he continues to wait on a possible move to Major League Soccer with DC United.

The Everton forward, who will play no part in England’s forthcoming World Cup campaign in Russia having retired from international football last summer, was pictured enjoying a break in the Caribbean along with wife of 10 years Coleen and his young children.

Looking suitably chilled in a pair of sunglasses, grey t-shirt and rather snazzy blue patterned shorts, Rooney chewed the fat with Austin, who finished as joint-top scorer last season for a Southampton side that narrowly avoided relegation to the Championship despite missing three months of action with a torn hamstring. 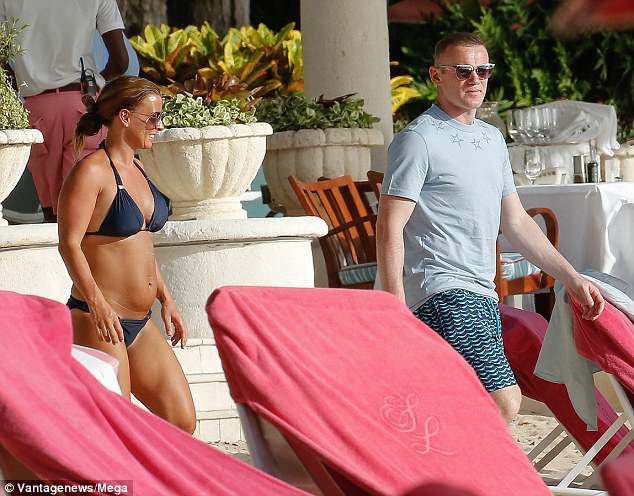 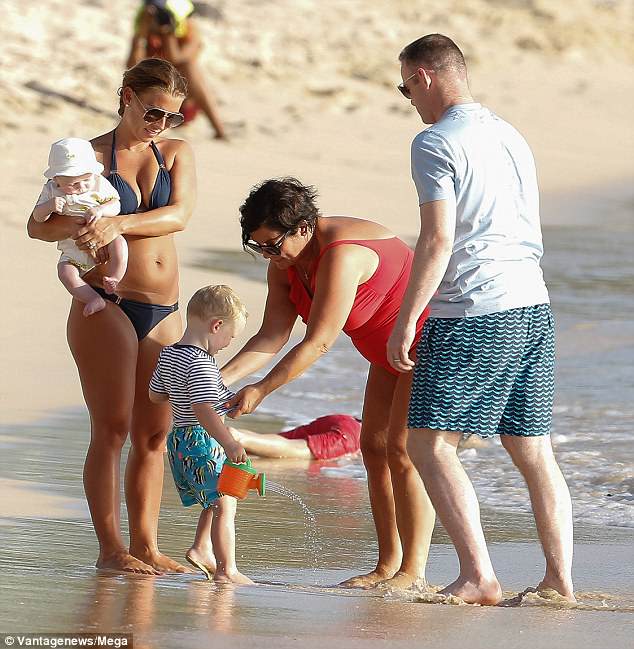 He could also be seen relaxing with two-year-old Kit and fourth child Cass, while wife Coleen played with her sons in the sand and took a paddle in the ocean.

Rooney’s footballing future remains unresolved despite visiting the new home of MLS side DC United – Audi Field – in Washington for talks with officials on Wednesday.

‘There is interest in Wayne Rooney from our end and I think there is interest from his end too,’ coach Ben Olsen said after his team’s 1-1 draw at LAFC in Los Angeles on Saturday night.

‘I hope it can get over the line because he’s a very good player who can help us. He would be a great player for this league.’

Amid suggestions that Rooney has agreed in principle to a £12.5million deal that would see him join DC United until 2020 having been given permission by managerless Everton to speak to the American outfit, Olsen added: ‘Nothing is done, so I don’t want to get into talk of arrival until he actually arrives. 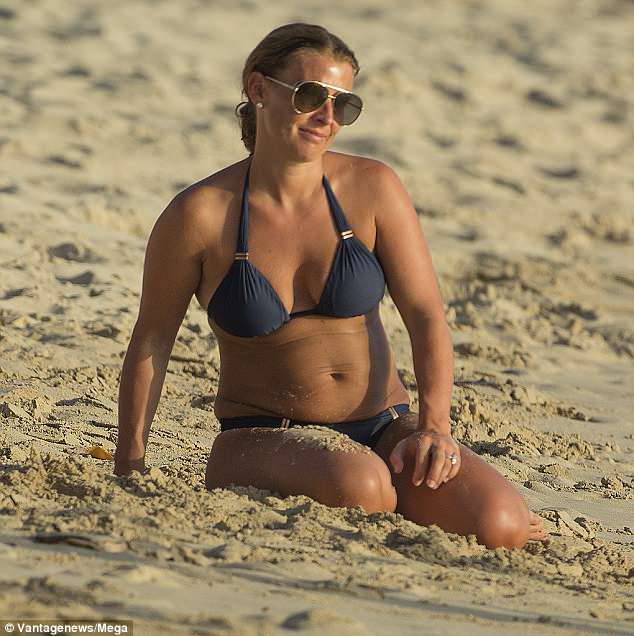 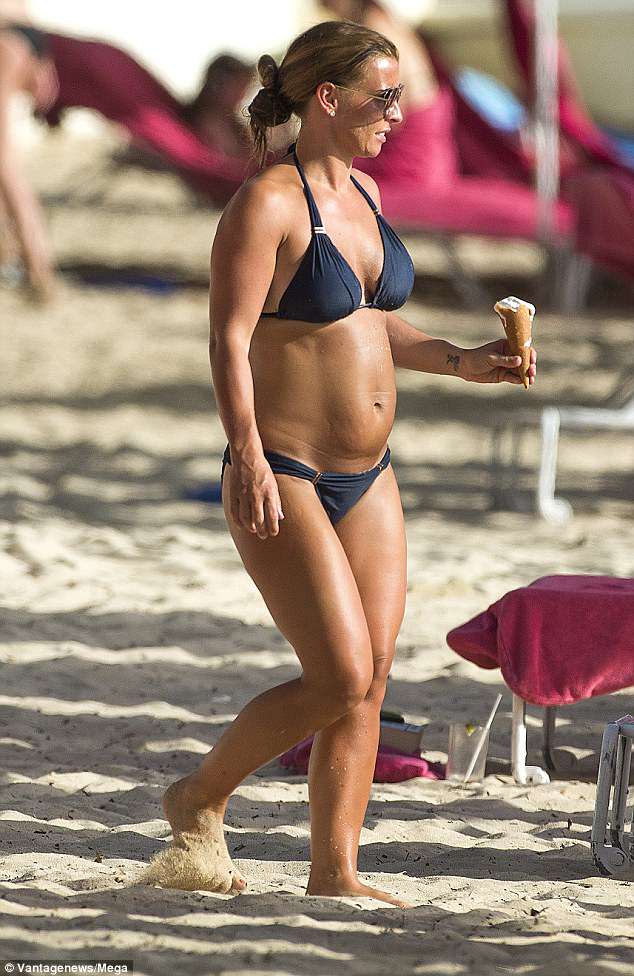 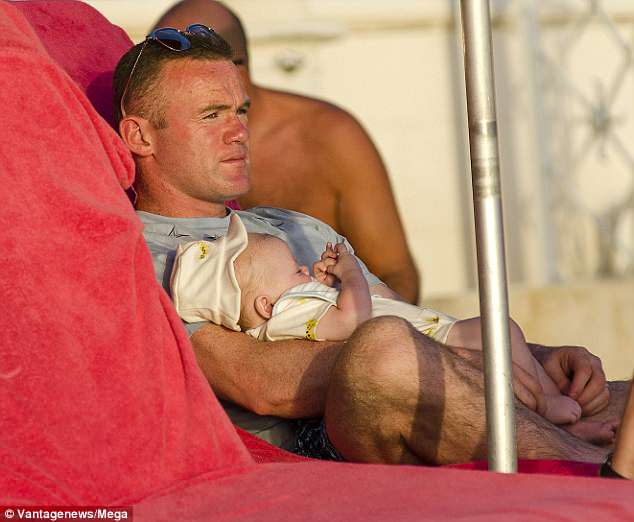 ‘Nothing is ever done in this world and when you’re looking at a deal of this scope and size. We’ll see, but hopefully we can get it done.’

Rooney only returned to boyhood heroes Everton in July 2017 after 13 years at Manchester United and has 12 months left to run on his £300,000 a week contract that is being paid jointly by both clubs.

He led the Toffees’ scoring charts in 2017/18 after notching 11 goals, all of which came before Christmas. However, former boss Sam Allardyce often struggled to find a regular place for the player, who reacted with frustration to being substituted with more than half an hour remaining of the Merseyside derby draw with Liverpool in April.

32-year-old Rooney would not be able to play for DC United until the secondary MLS transfer window opens on July 10 and senior Everton figures are divided on his possible departure, with chairman Bill Kenwright believed to be in favour of him remaining at Goodison Park.