Every baby in the UK could get the chickenpox vaccine

Government scientists are considering a national campaign to vaccinate all babies against chickenpox – almost a decade after they last looked at the possibility.

While many consider the childhood illness a rite of passage – and for most it is relatively harmless – for a few it can lead to serious complications, including sepsis, pneumonia and brain damage.

Every year, around 25 people die from chickenpox in England and Wales, a fifth of them children. The 25 deaths are ‘more than from measles, mumps, pertussis and Hib meningitis combined’, according to a 2001 analysis in the BMJ. 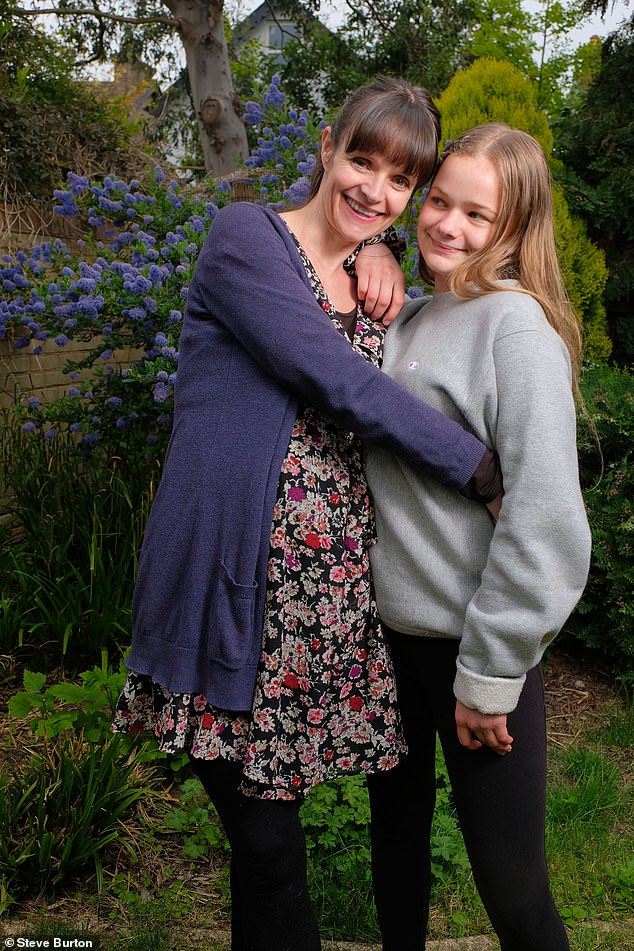 Ms Westcott, left, said her daughter Bridy, right, ‘had inch-wide black blisters all over her body and nearly ended up in hospital. It’s only thanks to my father, who is a GP, that we were able to manage it at home’ 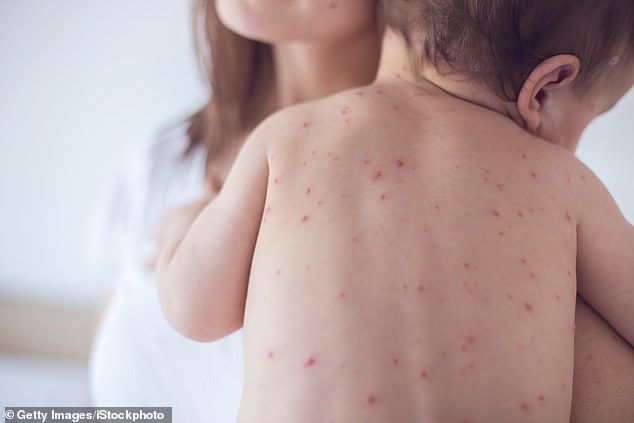 aediatrician Dr Andy Raffles, of the Portland Hospital in London, said the damage chickenpox could wreak on a child should not be underestimated. ‘I would warmly welcome the introduction of routine chickenpox vaccination for children,’ he said

Specially commissioned doctors are now weighing up the pros and cons of instituting a vaccination campaign, which would see more than 700,000 babies across the UK inoculated annually.

It is understood a recommendation to Ministers could be made within a year, although the Joint Committee on Vaccination and Immunisation (JCVI) has made no decision yet.

Last night, paediatrician Dr Andy Raffles, of the Portland Hospital in London, said the damage chickenpox could wreak on a child should not be underestimated. ‘I would warmly welcome the introduction of routine chickenpox vaccination for children,’ he said.

In his 30 years’ experience, he said he had seen ‘two otherwise healthy kids die of sepsis associated with chickenpox’.

He added: ‘Attitudes to chickenpox today are much like attitudes to measles in the 1970s and 1980s. But we shouldn’t be calling it a rite of passage any more, when it has the potential to harm, and we have the means to prevent it.’ Among those convinced is mother-of-three Sarah Westcott, 44, who had her youngest son Gabriel, now three, immunised after her 14-year-old daughter Bridy suffered badly with chickenpox as a young girl.

‘Bridy went through a week of hell,’ said Ms Westcott, from Bexley, South-East London. ‘She had inch-wide black blisters all over her body and nearly ended up in hospital. It’s only thanks to my father, who is a GP, that we were able to manage it at home.’

Paying £120 for Gabriel to have a two-jab course was ‘a no-brainer’, she said.

However, the decision is not straightforward. While a national campaign would probably eradicate chickenpox, widespread vaccination might have damaging health consequences for older people. That is because the chickenpox ‘varicella’ virus also causes shingles in adults. It occurs when our immunity wanes and the dormant virus breaks out, resulting in a nasty rash which can leave the victim with crippling long-term pain.

It is thought being periodically exposed to active chickenpox, as people are as parents and grandparents, helps boost adults’ immunity, so keeping shingles at bay.

When the JCVI looked at the issue in 2010, it concluded vaccinating children could therefore lead to higher shingles rates in older people. That, in turn, made vaccination poor value for money, as treating shingles is expensive.

But new evidence is emerging, suggesting vaccinating children might not drive up shingles rates.

Professor Andrew Pollard, director of the Oxford Vaccine Group and chair of the JCVI, said the committee was looking at findings from such countries. He said: ‘The vaccine works extremely well in preventing chickenpox and if it is good value and cost-effective for the NHS, then it’s something we would recommend. But if it’s not cost-effective, then it will not meet the criteria set by the NHS.’