Everything Australians need to do NOW to keep JobKeeper and JobSeeker

Proof of job applications, telling the government about changes and adding up your assets: Everything you need to do NOW to keep JobKeeper and JobSeeker

Australians can continue claiming the JobKeeper and Jobseeker coronavirus supplement past their scheduled end date in September – but will need to meet a series of new conditions to do so.

Prime Minister Scott Morrison announced on Tuesday JobKeeper for full-time workers would be reduced from $1,500 to $1,200 a fortnight from September 27, before that figure drops to $1,000 during the first three months of 2021.

The JobSeeker supplement will meanwhile be reduced from $550 to $250 a fortnight – making the total fortnightly payment for dole recipients $800.

To receive that benefit applicants will have to prove not only they are actively looking for a job, but also that they don’t have the means to survive on their own.

Australians will need to meet a series of new criteria to keep access to the dole and the government’s COVID-19 wage subsidy. Prime Minister Scott Morrison pictured meeting an employee of a display company on Monday ahead of Tuesday’s announcement revealing changes to JobKeeper and JobSeeker

Mutual obligation rules requiring those claiming the payment to search for four jobs a month will restart on August 4, with penalties in places for those who refuse an offer of work.

Job search requirements will then increase in September, at which points an assets test will kick in – requiring single non-homeowners to prove they have less than $482,500 in assets.

Businesses claiming JobKeeper will also face being cut off from the wage subsidy if they cannot prove again their earnings have dropped 30 per cent since the beginning of the pandemic.

They will have to prove they satisfy that condition again when the JobKeeper rates change again in January.

A two-tiered system – meaning those who worked only 20 hours a week before February will get only $750 per fortnight –  has been brought in because one in four casuals are earning more on JobKeeper than when they worked.

Businesses with more than $1billion in turnover have to demonstrate a 50 per cent fall.

Applicants will also have to continue to notify the government about any changes to their personal or work circumstances. 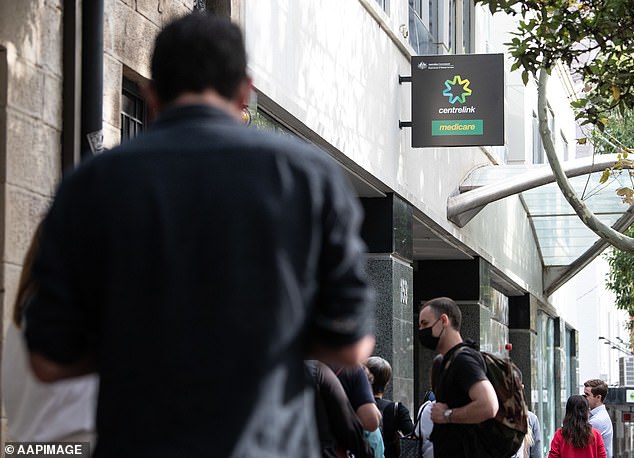 People queue for a Centrelink Service Centre in Sydney at the onset of the pandemic in March. The JobSeeker supplement is being reduced from $550 to $250 a fortnight

Penalties apply if situations like your study, care, or relationship change and you don’t notify Services Australia.

Other changes in personal circumstances that need to be notified to the government include changes to assets, lump sum payments or a change in contact details.

The Prime Minister said on Tuesday the aim of extending the support was to make sure Australian economy emerges strongly from the crisis.

‘Australia is a country that just doesn’t look to survive these things. We don’t go through challenges with our heads looking down, overwhelmed by the circumstances. That is not who we are,’ he said.

‘Who we are is innovative adaptive people, supporting each other, reaching out to each other, drawing us all through, not for survival, but to be on the other side in the position where we can emerge strongly.’ 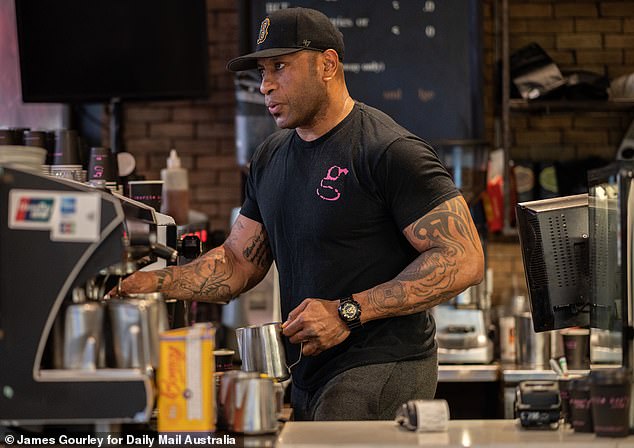 Mr Frydenberg said support will continue for those in need when eligibility across both payments are tightened.

Labor leader Anthony Albanese said he was concerned that JobKeeper’s flat rate led to 875,000 workers being paid more than before the crisis.

‘It’s good that the government has finally woken up to some of the waste in this scheme,’ he told ABC radio.