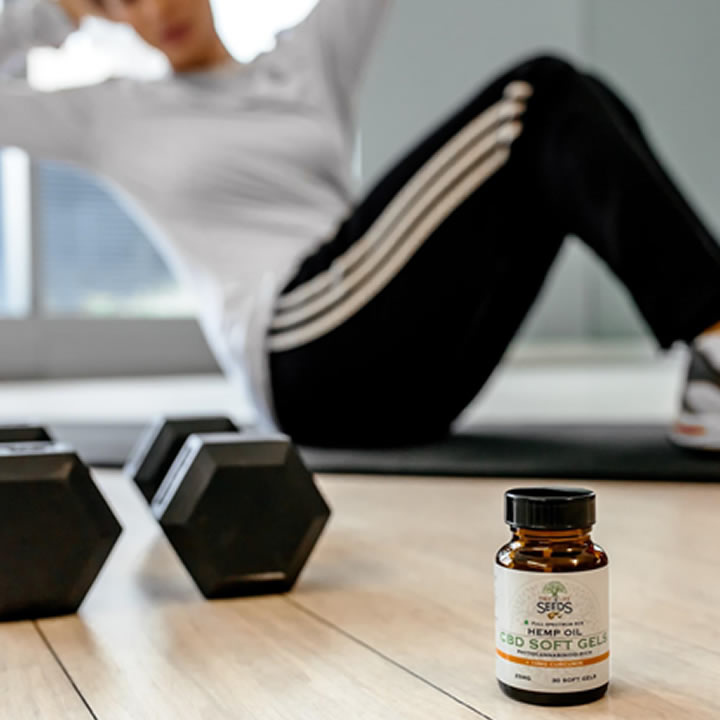 If you’ve been paying attention to what’s trending right now, you might have noticed that CBD is riding high. CBD enthusiasts have been making claims about the cannabinoid for years, but recently, science has been catching up. It seems like there are even more advantages to supplementing with CBD than we realized. One movement that’s gaining traction fast is CBD for weight loss.

THC and marijuana have long been associated with overeating and the munchies. However, the cannabis plant actually contains several compounds that contribute to weight loss. CBD and certain terpenes do this by influencing appetite suppression, insulin resistance and metabolism.

CBD is the commonly used term for cannabidiol, one out of hundreds of cannabinoids found within the marijuana plant. It’s vital that CBD oil for weight loss only contains minimal amounts of THC because it causes appetite stimulation. CBD is non-psychoactive, unlike THC and it’s being hailed around the world for its many health benefits. In fact, certain cultures and parts of the world have been extolling the virtues of hemp for thousands of years.

CBD comes from the hemp plant, which usually has levels of around 2% THC. This amount isn’t  enough to cause any tangible high, nor does it stimulate the appetite. CBD is extracted from the plant using carbon dioxide extraction or a less expensive process that utilizes the entire plant. The resulting CBD oil has a plethora of benefits for the endocannabinoid system that already exists in your body.

We’ve only known about the endocannabinoid system since the 1990s, so the science surrounding it is still relatively young. What we do know is that it plays a vital role in regulating our nervous system. There are two types of cannabinoid receptor: CB1 and CB2. The former is thought to be responsible for mood, memory, appetite, pain, movement and coordination. On the other hand, CB2 receptors seem to influence inflammation and pain.

Some experts also think that CBD has an impact on the 5HT serotonin receptor, which is responsible for mood. Additionally, it seems to affect the TRPV1 receptor, which regulates pain and inflammation.

How Can CBD Contribute to Weight Loss?

It’s important to understand that CBD isn’t a magic oil that lets you eat whatever you want and not put on weight. Instead, it’s a supplement that can help you to make certain lifestyle changes that are conducive to weight loss. It affects your body at a hormonal level without causing any distracting effects, making losing weight easier. CBD oil supports you weight loss efforts in three ways.

It’s pretty well known that THC is an appetite stimulant. When using CBD oil for weight loss, it’s crucial that you choose a low THC CBD oil. Unlike its psychoactive cousin, cannabidiol is thought to increase the sensitivity of the hypothalamus. This crucial part of our brain is responsible for maintaining homeostasis, which includes regulating hunger and stress levels.

When your hypothalamus is sensitive, you’re more in tune with hunger signals and the signals that tell you you’re full. When people say CBD is an appetite suppressant, it’s because of its affect on this region of the brain.

You might have only ever heard on insulin in relation to people with diabetes, but it’s actually crucial that everyone pays attention to this hormone. When insulin is high, your body finds it almost impossible to burn fat.

Our bodies are very smart. Over thousands of years, we’ve adapted to become fat-storing machines. Prior to the industrial revolution and mass production, hunger was rife. Relative to how long humans have existed, we haven’t had unlimited access to food for very long at all. In the modern era, this has two consequences: our bodies store a lot of fat and food cravings override our hormonal signals.

Even if you’ve adapted your lifestyle to include plenty of exercise and a healthy diet, high insulin could be hindering your weight loss goals. CBD oil for weight loss works by reducing insulin, especially during a fasted state. When insulin levels are low, losing weight is markedly easier.

The role CBD oil plays in weight loss is further enhanced by the effect it has on CB1 and CB2 receptors. Scientists believe CB1 receptors are mainly in the brain, while CB2 receptors are located throughout the body. CBD seems to somewhat inhibit CB1 receptors, which helps reduce food intake and body weight. It stimulates CB2 receptors which limits inflammation and seems to be the main driving force between appetite reduction and CBD-related weight loss.

CB receptors are also responsible for transforming white adipose tissue â€” or fat â€” into brown adipose tissue. White fat is adipose tissue in a stored state, whereas brown fat is ready for you to burn as energy.

What Is Full-Spectrum CBD Oil?

There are more than 200 compounds in hemp. CBD is just one of many plant-based supermolecules within it, and many of them can contribute to weight loss, too. Full-spectrum describes CBD oil includes all of its other terpenes and cannabinoids, including THC at a non-psychoactive level. We recommend full-spectrum because of a phenomenon known as the entourage effect. CBD is believed to be more powerful when used in combination with the compounds that naturally alongside it.

Terpenes will never show up on a drug test or have a psychoactive impact on you. They’re compounds that exist in plants, which have extraordinary health benefits for us. They often have multiple uses, so a terpene that’s good for weight loss could also be excellent for joint pain and inflammation. Full-spectrum CBD oil tends to include the naturally occurring terpenes from the cannabis plant.

Some of the best terpenes for weight loss include:

You can find this terpene in the resin of flowers and citrus fruit rinds. Lemons, grapefruit and oranges are rich in limonene, but it’s also found in the hemp plant. It’s thought to naturally regulate weight and it contains several anti-inflammatory properties. Regular use of this terpene can positively impact the metabolism and even suppress appetite.

Additionally, it has antibacterial, antioxidant and anti-inflammatory properties. Limonene is thought to promote weight loss by reducing cholesterol and reducing the desire to eat in between meals.

As a mono-terpene, camphene is a little bit special. It has a piney, earthy scent and is believed to help prevent cardiovascular disease. It’s also showed promising signs of lowering triglyceride levels. Additionally, it might even improve digestive function, which can further aid your weight loss efforts. As mentioned earlier, it’s important to note that CBD oil for weight loss is ideal as a supplement to a healthy diet and regular exercise. While these cannabinoid and terpenes have incredible effects on the body, they can’t fix a bad diet of lack of exercise.

Most cannabis strains contain humulene. When it has to contend with THC, one of its biggest advantages is overshadowed â€” it’s an appetite suppressant. If you have humulene as part of CBD oil, its weight loss prowess shines through. It’s thought to decrease the occurrence of sugar cravings and help you to eat less.

Additionally, humulene is thought to have painkilling, antibacterial and anti-inflammatory properties. It’s effective as a topical cream or oil mixed with CBD.

CBD oil isn’t just an amazing tool for weight loss, it’s also effective at helping you cope with a variety of other conditions. Some of the major advantages of CBD oil include:

Explore NothingButHemp to find the perfect CBD oil to help you reach your weight loss goals.