Ex-Army father, who couldn’t hear his baby cry, has been gifted hearing aids

An ex-army father with severe hearing damage can finally hear his baby cry after being gifted hearing aids.

Darren Young, 38, from Preston, served in the British Army for 13 years, and was exposed to extreme noise from his first tour in Iraq.

He claims he was not provided with ‘noise suppression boxes’, which would have protected his hearing from the explosions and machinery noise.

As a result, My Young’s hearing was seriously affected. It put him off of starting his dream career as a paramedic.

But the last straw was being unable to hear the cries and ‘magical moments’ of he and his wife Marie’s baby Freyja Rose, who is now five months.

Mr Young went to get a hearing test, and was later gifted hearing aids by a high street specialist who was touched by his story.

Darren Young, 38, served in the British Army for 13 years, and was exposed to extreme noise from his first tour in Iraq. Pictured, Mr Young in his last year of the army in 2013 in Afghanistan 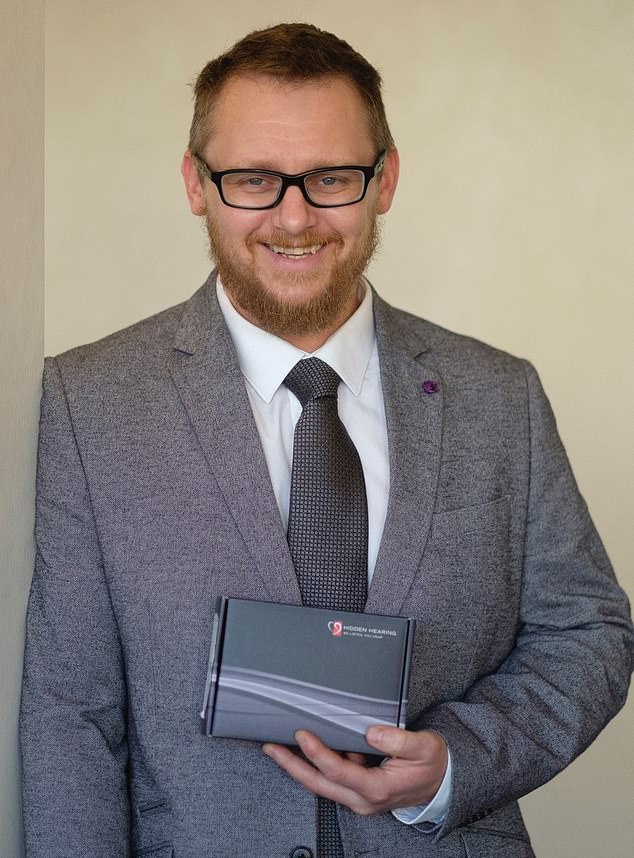 Mr Young can finally pursue his dream of being a paramedic after being gifted hearing aids from high street hearing specialist, Hidden Hearing 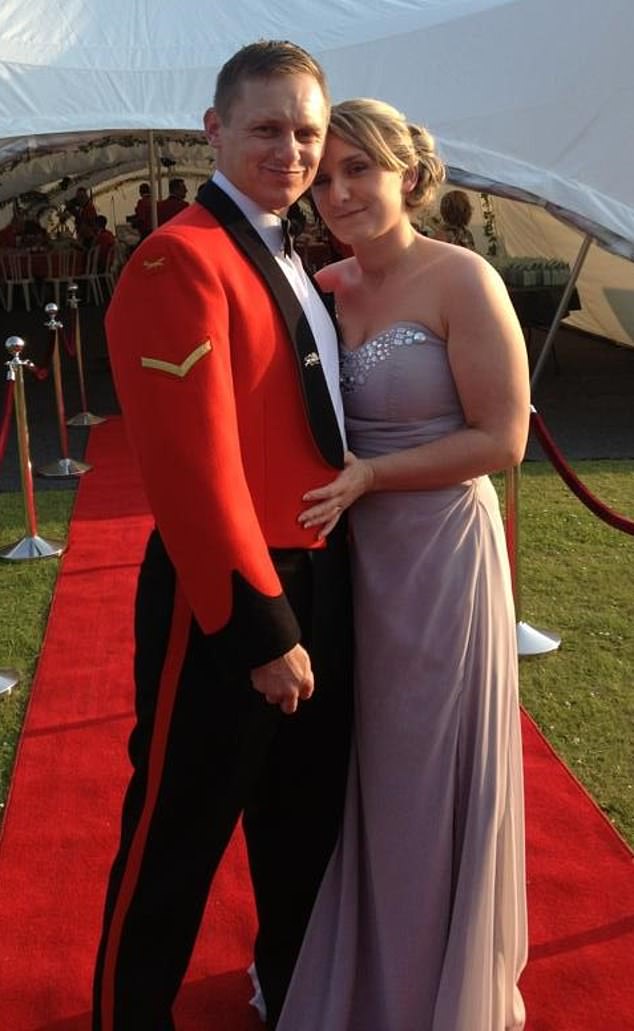 Prior to having his hearing aids fitted, Mr Young, who is currently undertaking a three-year paramedic science degree, struggled with communication and feelings of anxiety. Pictured, with his wife, Marie Young, at a British Army ball in 2012

Mr Young won a pair of hearing aids, which are worth £399, when his story touched of a campaign panel at high street hearing specialist, Hidden Hearing.

As a Non-Commissioned Officer in the Army, Mr Young toured all over the world to places like Iraq, Madeira, Portugal and Canada, until six years ago.

‘I first noticed I had difficulty hearing during my first tour in Iraq, around 15 years ago’, Mr Young said.

‘We received personal radios for driving and walking around, but I really struggled to hear people talking through them.

‘Then one day while in Iraq, I woke up and I had absolutely no hearing in my right ear.

‘The medic at the military base said my ear canal looked fine but, although my hearing did come back, it was just never the same.’

WHAT CAUSES HEARING LOSS? AND CAN IT BE TREATED?

Hearing loss can be temporary or permanent.

It can also develop gradually with age or come on suddenly.

Hearing loss in just one ear may be due to a build up of wax, an infection or a burst eardrum.

Sudden loss in both ears may be due to damage from a very loud noise or side effects of certain medication.

Gradual hearing loss may be the result of fluid building up, known as glue ear; a bony growth, called otosclerosis; or skin cell accumulation, known as cholesteatoma.

Gradual hearing loss in both ears is usually caused by ageing or exposure to loud noises over many years.

Hearing loss sometimes gets better on its own.

A build up of wax can also be treated by being suctioned out or softened with drops.

However, hearing loss can also be permanent, with treatment then focusing on making the most of the hearing that remains.

Hearing loss can be prevented by avoiding loud music and wearing headphones that block out background noise.

Ear defenders should also be worn if you work in a noisy environment, such as a building site.

And ear protection should be worn at concerts and other noisy events.

Prior to having his hearing aids fitted, Mr Young, who is currently undertaking a three-year paramedic science degree, struggled with every area of life that involved communication.

As a result of his hearing loss, Mr Young felt anxiety. He said: ‘I used to feel overwhelmed in crowds and often quite unprotected when I was in the army.’

While training to work as a paramedic, he had difficulties working as a chef in a pub.

He said: ‘There’s lots of background noise in the kitchen, with fellow staff members shouting orders, which was often quite overwhelming and hard to digest.

‘I was constantly asking my wife to repeat herself, which she must have found frustrating.’

Even though Mr Young struggled to hear, he underestimated how bad his hearing was, and kept putting a test off.

‘My mates used to say to me “I don’t know how you cope” when I couldn’t hear them at the pub, but I was just used to it.’

But things took a turn when his daughter, Freyja Rose was born.

He said: ‘I even struggled to hear her cry which, for a new born, is quite something. I didn’t want to miss out on magical moments with my children.’

Mr Young originally thought he had one bad ear, but was shocked to find out at his local Hidden Hearing branch in Lytham that he had, in fact, lost hearing in both ears.

His audiologist Elaine Norris nominated him for free hearing devices.

‘My wife no longer shouts at me and I can have proper, easy conversations with my kids. I feel much more confident’, Mr Young said.

He is now looking forward to his new career as a paramedic. He said: ‘I was worried… people may think I was ignorant for asking patients to repeat themselves.

‘Asking people to say something over and over in an emergency can waste valuable time, and I didn’t want to be the one responsible for that.

‘But now it’s all fixed, I have nothing to worry about.

‘When I found out I had won, there were rainbows and fluffy unicorns – I was absolutely over the moon!’ 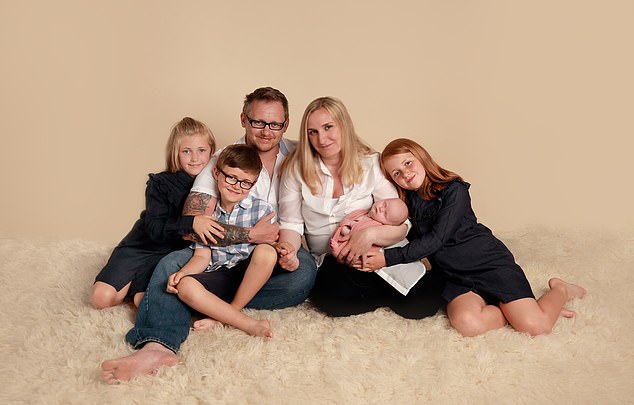 ‘I didn’t want to miss out on magical moments with my children’, said My Young, pictured with his wife Marie, and children Cara-Leigh (10), Brooke (8), Aaron (7) and Freyja Rose (5 months)

Audiologist Elaine Norris said: ‘Many people ignore their hearing problems until it’s too late which can affect their health and quality of life.’

Over five per cent of the world’s population – or 466 million people – has disabling hearing loss, according to the World Health Organisation.

This is estimated to increase in 2050 to over 900 million people.

A person who is not able to hear as well as someone with normal hearing – hearing thresholds of 25 dB or better in both ears – is said to have hearing loss.