Former Arsenal star Lukas Podolski was recently sent off during his own charity football tournament after angrily confronting a referee.

The ex-Germany international was competing in the Schauinsland Reisen Cup with his current side Górnik Zabrze, as they faced off with five other European outfits on an indoor pitch.

Podolski has been involved in the initiative for many years however, in their semi-final clash with Rot-Weiss Essen, things took a turn for the worse for the former Gunner. 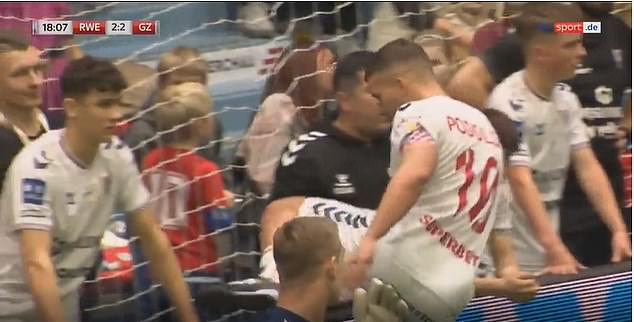 The intense clash was full of fouls and eventually saw three penalties get awarded – which some players felt was unjust, Podolski included.

In the latter moments of the game, the German brought down one of his opponents inside his own box and was sent to the bench by the match official.

However, incensed by the decision, Podoloski refuted the referee’s call and instead marched over and began angrily disputing.

In reaction, the referee brandished a red card to the former Arsenal star – who complied and made his way off the pitch and over the barrier.

However, his displays didn’t stop there, as the ex-Germany star continued to show his displeasure by throwing water over the pitch and in the direction of officials. 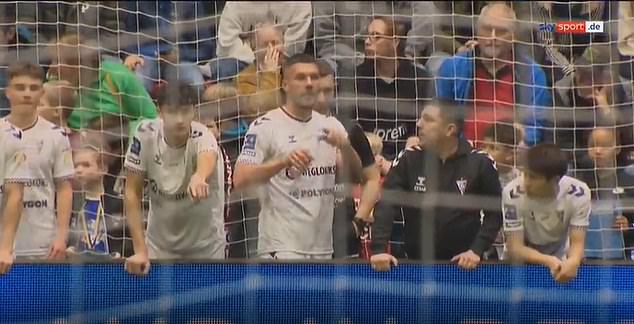 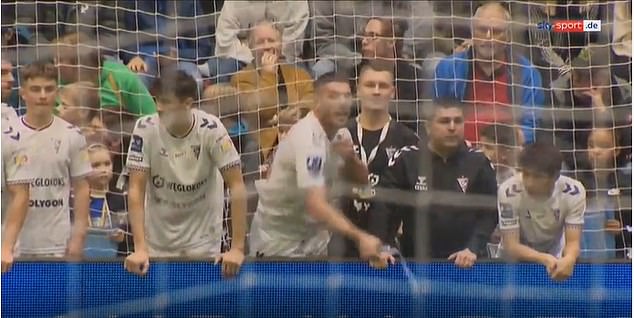 Podolski’s side, Górnik Zabrze, played the rest of the match with one player less than their opponents and it proved costly as Rot-Weiss Essen scored moment’s later.

Gornik went on to play 1. FC Kaan Marienborn in the third place play-off – which they won – whilst Essen defeated Blau-Weiss Lohne 8-3 in the final.

Podolski has spent the last two seasons playing for the Polish side following stints at Antalyaspor, Vissel Kobe and Galatasaray.

The 37-year-old spent three years in north London with Arsenal and scored 31 goals in 82 games in all competitions. He also won an FA Cup with the Gunners. 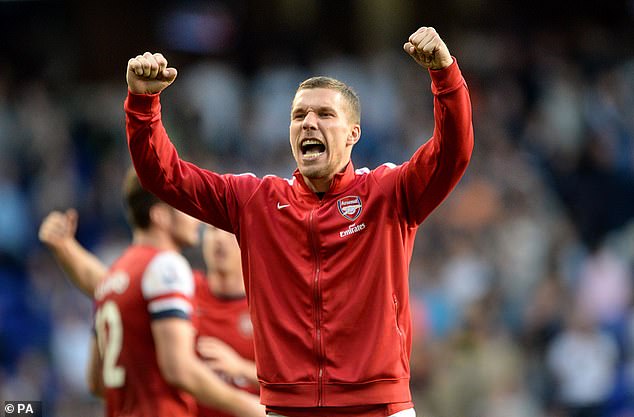 Podolski spent three years with Arsenal, scoring 31 goals across 82 games in all competitions