Ex-Arsenal striker Nicklas Bendtner has his £176,000 Porsche SEIZED and faces 20 days in jail after being found guilty of seven driving offences including speeding and driving without a valid licence

Nicklas Bendtner has had his £176,000 prosche seized in Denmark after being found guilty of seven driving offences.

The former Arsenal striker also faces 20 days in prison, unless he pays a fine worth £4,600.

He was found guilty of five counts of driving without a valid licence and two counts of speeding.

One of the charges relate to an incident where the 33-year-old was caught ‘speeding’ on the Danish Elsinore motorway after he was clocked at a speed of 157 kilometres per hour, with the speed limit being 110.

he was sentenced in his absence in court on Thursday and also told to pay costs of the case.

As part of his sentence, his £176,000 Porsche Taycan Turbo S has been seized by Danish authorities.

He had claimed at his hearing last week that his UK drivers licence entitled him to drive in his native country. He said: ‘It had been my belief that it was a fully valid driving licence. I don’t know how to explain it any differently.’ 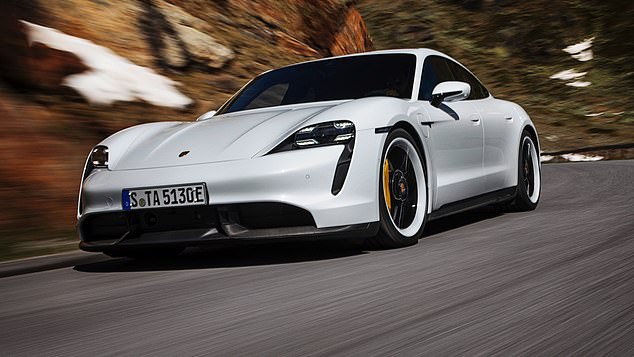 Bendtner, who played for Arsenal for nine years, had a lucky escape back in 2009 when he crashed his Aston Martin sports car worth £120,000 into a tree as a 21-year-old.

He fortunately walked away with just bumps and bruises, but his father later said the horror crash had left him ‘badly shaken’.

During his time in England, Bendtner also spent time on loan at Sunderland and Birmingham and had a brief spell at Nottingham Forest.