‘I’ve lost a bit of my boom’: Veteran BBC presenter Mark Mardell, 65, reveals he has Parkinson’s after noticing he was struggling to open Waitrose packaging

Former BBC presenter Mark Mardell has revealed he has been diagnosed with Parkinson’s disease.

The 65-year-old previously served as BBC News’s Europe and North America editor and hosted The World This Weekend on BBC Radio 4.

Mardell shared the news on Roger Bolton’s Beeb Watch podcast, saying: ‘I’m feeling fine and dandy, but I have to share with you that I have been diagnosed with Parkinson’s disease, which means my voice is rather strange and weak… I’ve lost a bit of my boom.

‘And I’m getting used to being the quietest person in the room rather than the loudest.

‘But generally it’s in the stage of just being annoying rather than anything terrible.’

Parkinson’s disease is a condition in which parts of the brain become progressively damaged over many years, according to the NHS website.

The three main symptoms of the condition are involuntary shaking of particular parts of the body, known as tremors, slow movement and stiff and inflexible muscles.

Reflecting on when he first spotted the symptoms, Mardell explained: ‘I started thinking at the beginning of the year, Waitrose are making their packaging really hard to get into these days.

‘And then I found my arms suddenly lifting above my head for no particular reason, or at least staying there.’ 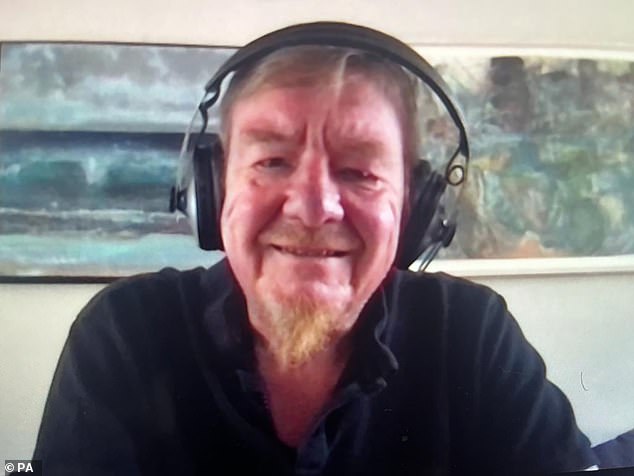 The broadcaster recalled that he saw a physiotherapist friend in May who also noticed the symptoms and advised him to see a doctor.

Mardell added that his greatest concern currently is the medicine he has been prescribed, which the doctors say can make patients act impulsively.

He said: ‘(I told them to) watch for gambling, because it’s the one vice I’ve never had. So if I start gambling, you know there’s a problem with the pills!’

This comes after former Newsnight presenter Jeremy Paxman revealed his diagnosis last year and in 2019 BBC technology correspondent Rory Cellan-Jones disclosed he had Parkinson’s disease too.

Episode 2 of Roger Bolton’s Beeb Watch is available on all major platforms from Friday September 30 2022.

Parkinson’s: The disease that struck down boxer Muhammad Ali