Ex-Big Fun singer Phil Creswick, 51, is said to have been selling GHB and crystal meth with two other men.

The group, who were produced by hit makers Stock Aitken Waterman, rose to fame in the late 80s and reached number four with their version of the Jackson’s ‘Blame It On The Boogie’ in the UK charts.

They also had two top ten singles and a top ten album before they disbanded in 1994.

Creswick has worked for a painter and decorator since his fall from fame, and has allegedly been dealing the drugs on a ‘commercial basis’.

Carl Milton and Robert Attrill, both 41, were arrested after police found another large stash of drugs at Attrill’s ground floor flat next to Clapham Common on the same day, it is said.

Milton and Atrill admitted possessing crystal meth and GBL but denied any intention to supply them at Inner London Crown Court on Monday. 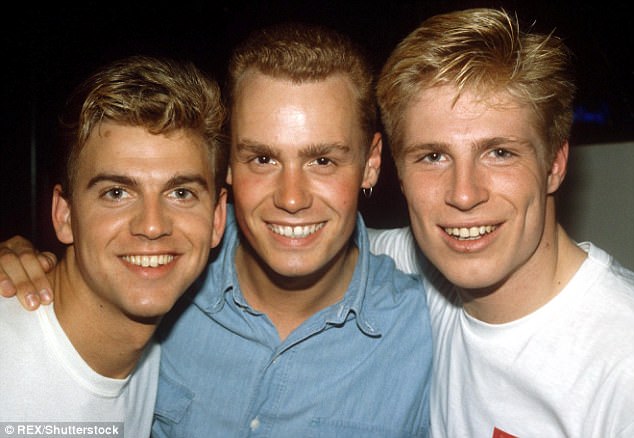 Creswick (centre) rose to fame alongside bandmates Mark Gillespie (left) and Jason John (right). He has been working as a painter and decorator since his fall from fame

Creswick wore a dark suit jacket and grey suit trousers with a blue shirt without a tie.

Creswick, of Lambeth, south London, is charged with five counts of possession with intent to supply crystal meth, MDMA, Ketamine, GHB and Mephedrone. 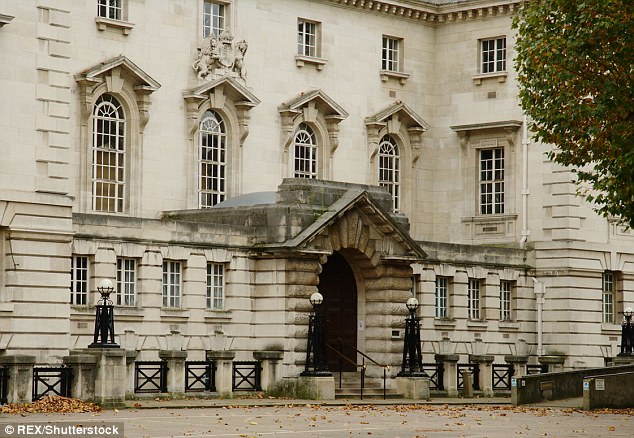 Milton, also of Lambeth, admits simple possession of GBL and crystal meth but denies possessing the drugs with intent to supply.

He also denies one count of concealing or transferring criminal property.

Attrill, of Lambeth, admits possessing crystal meth and GHB but denies possessing the drugs with intent to supply.

He also denies possessing Mephedrone with intent to supply and one count of concealing or transferring criminal property.

They were each granted unconditional bail ahead of Creswick’s next appearance on 20 November and the trial on February 19.