The ex-boyfriend of missing mother-of-five Sarah Wellgreen is to stand trial for her murder in June following a court appearance today.

Ben Lacomba, 38, from New Ash Green, in Kent, appeared at Maidstone Crown Court in Kent this afternoon after a brief hearing at Medway magistrates’ court earlier in the day.

He was charged on Thursday evening with Miss Wellgreen’s murder, having been arrested at his home in Bazes Shaw, New Ash Green, near Dartford, Kent, that morning.

The taxi driver appeared at the crown court via TV link with North Kent police station in Northfleet. He could be seen sitting at a desk and wearing a dark top.

He spoke only to state his date of birth and British nationality, and to correct the court clerk on the pronunciation of his surname.

Prosecutor Martin Yale said Miss Wellgreen’s body had not yet been found.

Judge Philip Statman fixed Lacomba’s trial to start on June 18. It is expected to last up to three weeks and may be heard by a High Court judge. 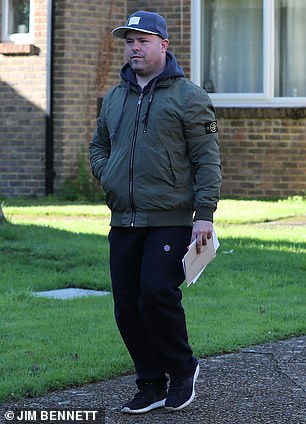 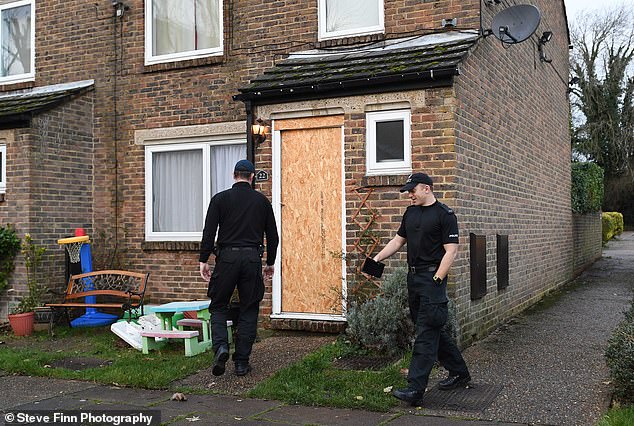 Police are seen at Ben Locomba’s home in New Ash Green, in Kent, today as he appears in court charged with the murder of Sarah Wellgreen

Lacomba was remanded in custody until a plea and trial preparation hearing on January 18.

A bail application made by defence counsel David Sadeh was refused but Judge Statman said a further bail hearing could be heard at a later stage.

Adjourning the case until next month, the judge added: ‘It is right and proper to observe at this point that the inquiry is still at an embryonic starting point, and it would be fair and proper for a further application for bail being made and being considered in due course by this court.’

Lacomba will be produced at court for his next hearing.

Mum of five Miss Wellgreen, who would have been 47 last Friday, disappeared from the home she shared with Lacomba and their three children, who cannot be identified for legal reasons, on Tuesday, October 9. 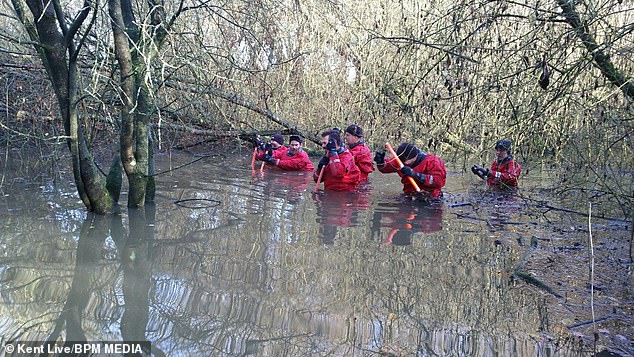 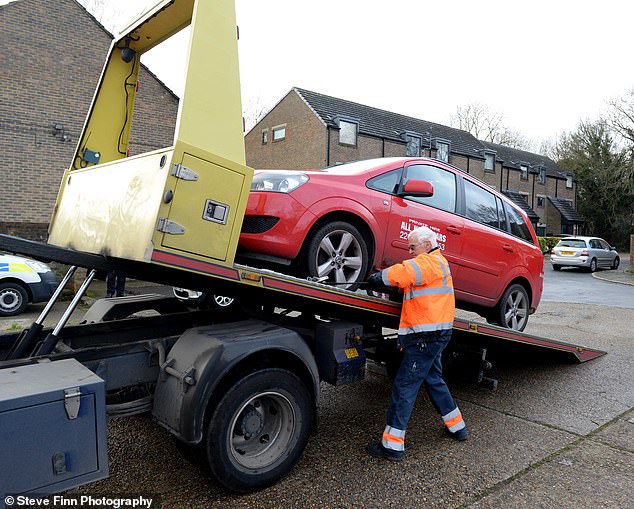 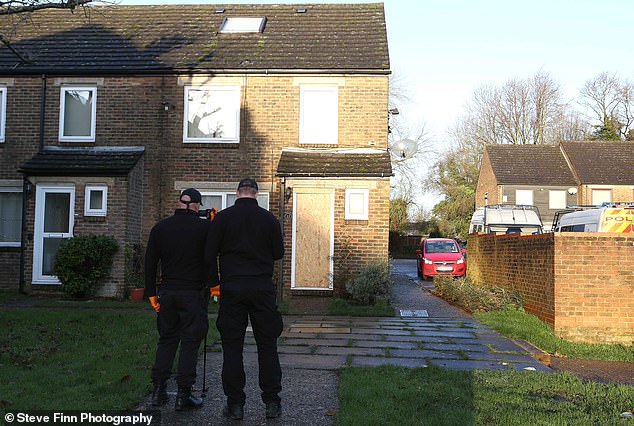 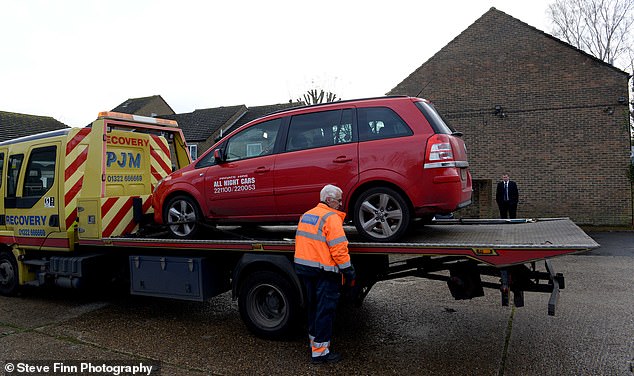 Sniffer dogs were brought to the end-of-terrace home yesterday as part of the murder investigation and a red taxi was loaded onto the back of a transport lorry.

A Kent Police spokesman said yesterday: ‘Detectives investigating the disappearance of Sarah Wellgreen have re-arrested a man on suspicion of murder.

‘Following information received by the investigation team, a further search of a property in New Ash Green is being carried out on December 20.

‘The man, in his 30s, was previously arrested on 16 October in connection with the investigation. Enquiries continue.’

Sarah has not been in contact with any of her friends or family since the day she went missing and significantly, missed the 13th birthday of one of her sons.

She also failed to contact her family on her 47th birthday earlier this month. Her son, Lewis Burdett, 22, wrote an emotional post online on the day.

He wrote: ‘I just wanted to to say happy birthday to the most amazing woman I have ever known, my mum Sarah Wellgreen.

‘We all miss you so much, all of our family will still be celebrating your special day and we always will.

‘We all love you so much mum and wish you were here to spend this day with us.’ 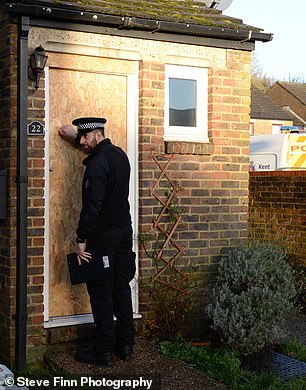 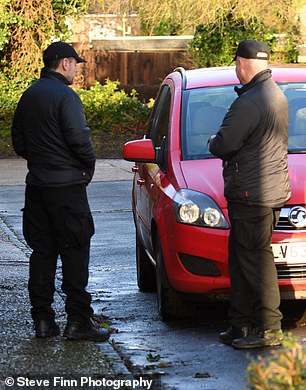 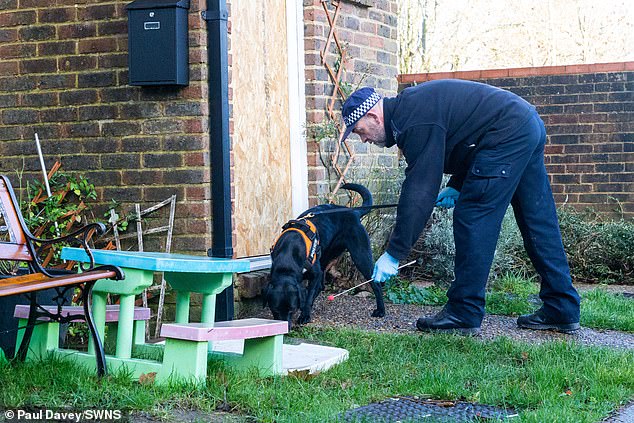 Neil James, who beautician Ms Wellgreen had been dating in the weeks before her disappearance, also posted a message addressed to her online on the same day.

The father-of-two, of Farnham, Surrey, said: ‘Happy Birthday to our beautiful, loving mother of five wonderful children, a distraught mum’s missing daughter and totally adorable to all that know our Sarah Jane Wellgreen – we all love and miss you and wish we could share your birthday today with you in person.

‘Please anyone, if you could just help in anyway you can, please anything you can do! How can you….?’

Specially-trained officers have hacked through miles of woodland near her home in New Ash Green, Kent, and trawled through rivers to find her black iPhone 4 – which could hold vital information – but to no avail.

Hundreds of locals have joined police in searching for Sarah, and set up a Facebook page which has amassed more than 8,000 likes. 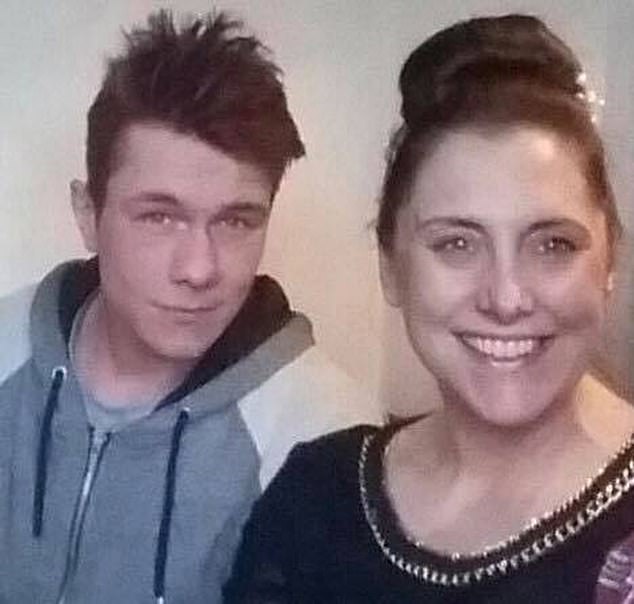 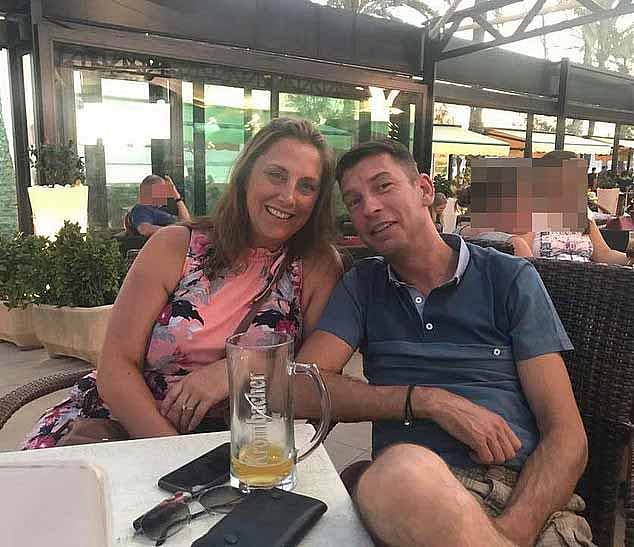 Ms Wellgreen, pictured with her boyfriend Neil James, who has appealed for information

The search for Sarah: Timeline

October 9: Sarah Wellgreen was last seen in New Ash Green in Kent. She has not been seen since and has had no contact with her family.

October 11: Her disappearance is reported to Kent Police.

October 12: Her son Lewis makes an emotional appeal for information on Facebook urging people to come forward with information.

October 16: Ben Lacomba is arrested as part of the missing persons inquiry and later released on bail.

October 24: Police confirm her disappearance is suspicious and a potential murder investigation and appeal for help in trying to find her missing phone.

November 1: Marine unit officers search the bank of the River Thames in Greenhithe in a bid to fund her phone.

November 2: Officers force their way through front door of house in Bazes Shaw. Officers say they raided the home after receiving new information.

November 16: Sarah’s son, Lewis, issues a statement in which he described his mother’s disappearance as a ‘never ending nightmare’.

December 4: Specialist police officers and firefighters search a ditch in Kent to try and find her.

December 20: Ben Lacomba is re-arrested by police this time on suspicion of murder. He is charged later that day.