Ex-Brazil boss Tite, 61, is ‘robbed on the streets of Rio de Janeiro at 6am’

Former Brazil boss Tite was allegedly robbed and had his chain snatched off him at 6am in Rio by a thief who then blasted him over the country’s World Cup exit.

Tite had been in charge of the Brazil side since 2016 – and even led them to Copa America success three years ago – but resigned following their shock exit to Croatia in the World Cup quarter-finals.

The 61-year-old, who was leading a side who were one of the favourites to win the tournament, had returned to Brazil following the disappointment in Qatar. 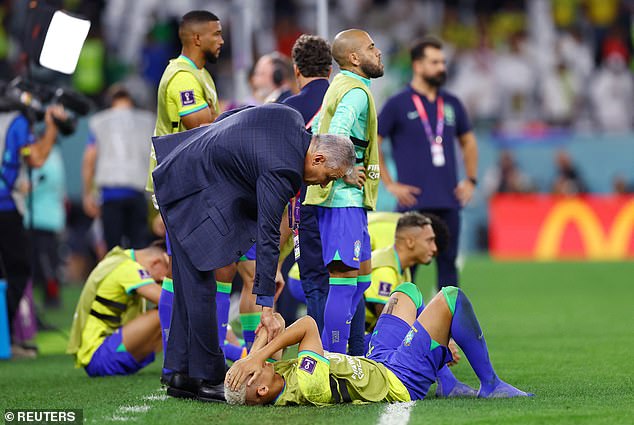 But it has since emerged that Tite was allegedly robbed while on a morning stroll along the streets of the Brazilian city, O Globo reports.

It’s understood the alleged thief grabbed Tite’s chain before launching an attack on the country’s failure.

It comes just a short while on from the Brazilian boss quitting two hours after Croatia dumped his side out of the World Cup on penalties.

Speaking shortly after their exit, Tite said: ‘The cycle ended and I said that one-and-a-half years ago and I keep to my word. We cannot make a drama. There are other great professionals that can replace me. The cycle is over.’

In Brazil’s 4-1 victory over South Korea in the last-16, Tite at one point joined in Brazil’s famous dancing celebrations when Richarlison scored – which massively irritated Roy Keane, who vented after the game, saying: ‘I don’t like this, it’s disrespectful.’

But Tite hit back in the days after, saying: ‘It is part of our education. Kids dance in schools because it’s Brazilian culture and that’s not disrespectful. We will continue to do things in our manner.

‘I know we face challenges and criticism, but that’s the football I believe in. Even if there is criticism and we don’t win the World Cup, we move forwards playing our football with what we believe in.’ 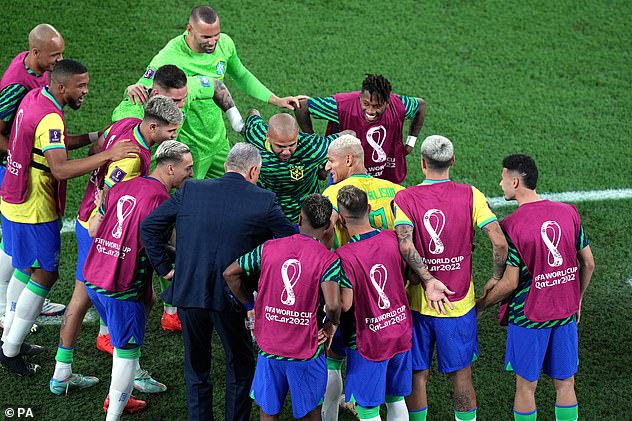 Speaking about his own boogie, he added: ‘I am 61 and I’m working with some players of 21 or 22. They could be my grandchildren and I have to have that connection with them. If I have to dance to connect to my players, I will continue dancing.’

The 61-year-old ex-Corinthians boss took charge of the Brazilian national side in 2016, replacing Dunga. He managed 81 matches, winning 60 of those contests.

The free-scoring Brazilians found the net 174 times during Tite’s matches, but also conceded 30 goals, the last of which came in the 116th minute against Croatia. 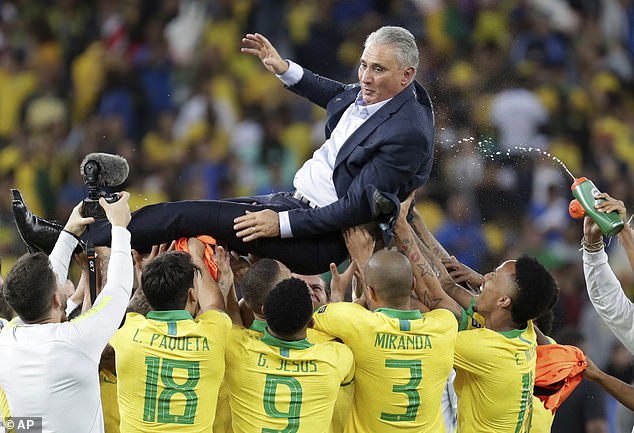 During his time managing the Brazil team, they won the 2019 Copa America, and finished runners-up two years later. However, in both 2018 and 2022 World Cups, they fell at the quarter-final stage, against Belgium and Croatia respectively.

Several stars were quick to pay tribute to Tite after his resignation, with Paris Saint-Germain star Neymar one of them.

He said: ‘I knew you as a coach and knew that you were very good, but as a person you are great!’

Brazil are now looking to replace Tite, and after Real Madrid boss Carlo Ancelotti snubbed them, they are reportedly eyeing up Roma manager Jose Mourinho.