AFL legend Brian Lake will front court after being accused of committing an aggravated burglary, assault and stalking offences.

The former Bulldogs and Hawks hero, who played 251 AFL games, including three premierships with the Hawks, fronted the Melbourne Magistrates’ Court on Monday night.

There he was slapped with seven charges, including unlawful assault, aggravated burglary, criminal damage and trespassing.

In happier times: Brian Lake with his ex-wife Shannon before they split

The charges come just months after Lake was charged with unlicensed driving and travelling 25km/h over the speed limit.

He failed to lob into court over those matters last September and a warrant for his arrest was issued and his bail was forfeited.

It remains unclear how much time Lake spent locked up before he was released.

Mr Raak said he was aware of Lake’s pending court dates, but made no further comment.

A police source told Daily Mail Australia he expected the former Norm Smith medallist to plead guilty on March 13 to some reduced charges.

Victoria Police refused to discuss the matter when contacted by Daily Mail Australia and it remains unclear exactly who Lake’s alleged victim is.

He has made no secret of a painful split from his wife and recently took to Instagram in a series of cryptic posts. 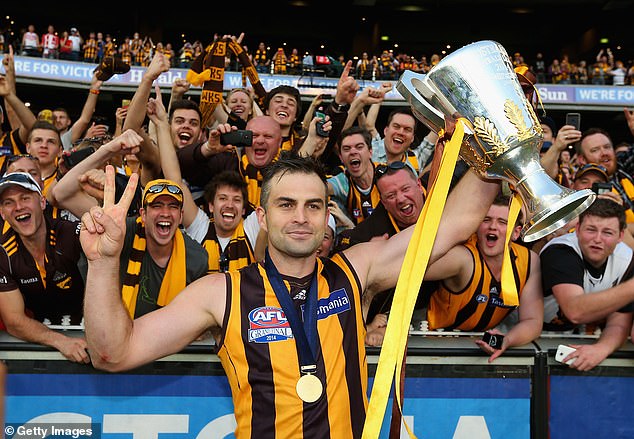 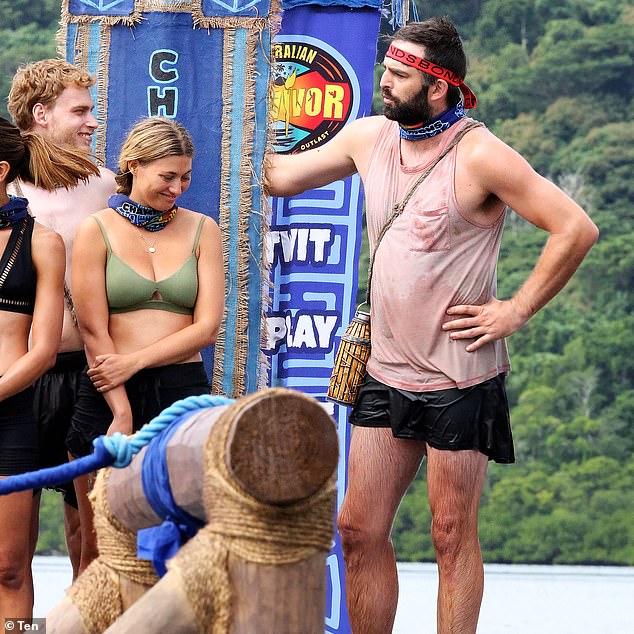 Brian Lake participated in a celebrity version of Survivor last year. He announced his split from his wife shortly after his return from Fiji

One post reads: ‘The hard thing is that … even though you already caught them lying, they still make excuses to prove that their lies are true’.

He also posted a photo of himself hugging his two children while his wife looks on.

‘Family is everything,’ he posted.

In July, after Lake’s arrest in Japan, his friend, Brownlow medallist Adam Cooney, expressed concern for him.

Cooney said Lake had been going through marriage problems and described the last six months as the ‘most stressful point’ in Lake’s life.

The 37-year-old was held under strict conditions in the Osaka police station for six days, during which he was given just three bowls of rice per day.

He had been celebrating a win in the Asian AFL with his team, the Indonesian Volcanoes, prior to be detained by authorities in Osaka.

In October, the ex-Hawk admitted he needed professional help after a photo of him in a toilet with lines of a white substance went viral on social media. 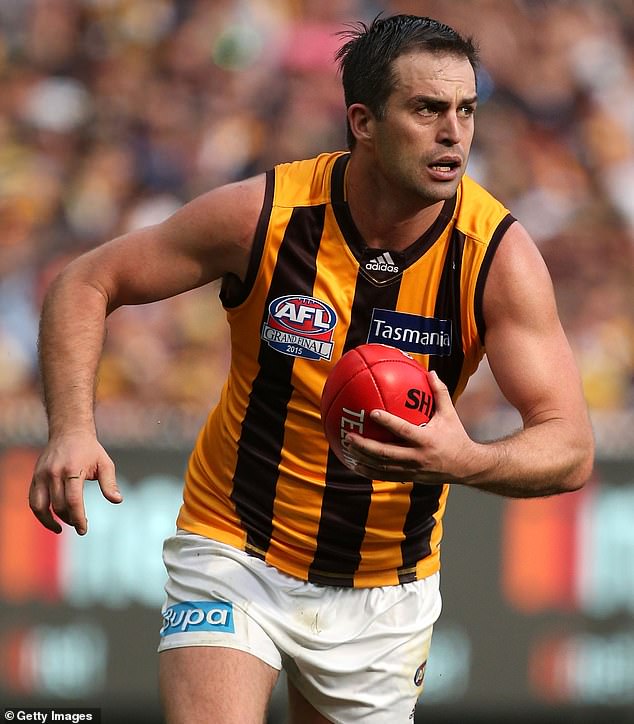 Brian Lake at his prime: he won the Norm Smith medal and was regarded a genuine AFl super star

The photo showed him in a toilet cubicle at the Caulfield Cup event with a line of a white substance on his mobile phone.

He claimed he was ready to put an end to his ‘self-destruction’ and head to Asia to seek professional help from a drug and alcohol facility.

‘The decision has come in recent weeks after reflecting on some of the incidents that have taken place and I must accept that I need to improve my health,’ Lake said at the time.

Lake retired from the Hawks at the end of the 2015 season.

In 2013, Lake apologised to Hawthorn, his family and fans after a drunken incident at the Portsea Polo.