Former Chicago Bulls player Corey Benjamin has identified his daughter as the 14-year-old basketball player who was filmed sucker-punching her 15-year-old rival during a school tournament and apologized on her behalf for the attack.

‘This is not how I raised my daughter,’ said Benjamin, who played three seasons with the Bulls and had a brief stint with the Atlanta Hawks in 2003 before finishing his career overseas.

Benjamin’s daughter has not been identified by name because she is a minor.

In the video that quickly went viral on Sunday, Benjamin’s teenage daughter is seen sucker punching her opponent after faking a foul during a tournament game in Southern California.

Lauryn Ham, the victim who has been identified publicly by her own family, was blindsided by the punch and, according to her mother, suffered a concussion. The family has filed a police report and is accusing the 14-year-old of assault. 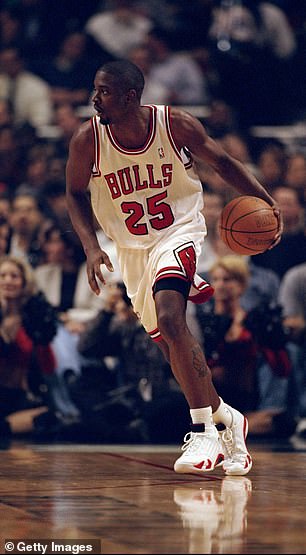 Corey Benjamin played three seasons with the Bulls, but finished his career overseas 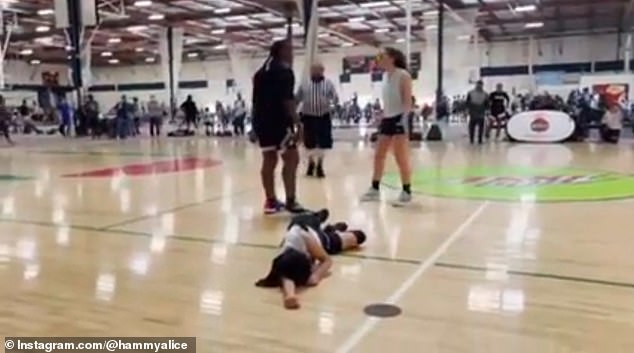 Lauryn Ham, the victim who has been identified publicly by her own family, was blindsided by the punch and, according to her mother, suffered a concussion. The family has filed a police report and is accusing the 14-year-old of assault 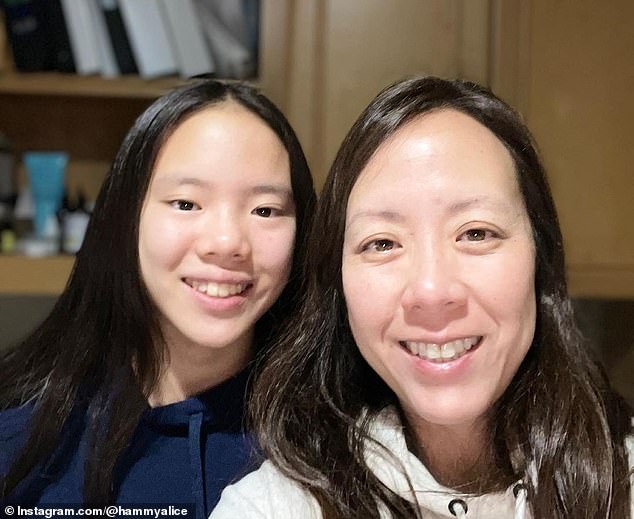 According to Alice Ham (right), her 15-year-old daughter Lauryn (left) suffered a concussion

Now, Benjamin has apologized to the Ham family, not only for his daughter’s actions, but for her mother’s as well.

‘To the young lady who was punched by my daughter during a youth basketball game, I sincerely apologize to you and I am praying for your complete healing both physically and emotionally,’ he said.

‘To her family, I deeply apologize and regret that this happened to your daughter as she did not deserve this to happen to her. Finally, I apologize to all of those who have been impacted and hurt by the actions of my daughter as well as those of her mother. I am here for your family and wish only the best for you.

‘As a father, I’m shocked and disappointed at my daughter’s behavior as this is not a reflection of the values and standards that my family holds,’ he continued. ‘Nor does it exemplify the values, character and spirit of sportsmanship that the game of basketball requires.

‘My daughter made a mistake. One that she will need to make right. I am committed to getting my daughter any help she may need and support her in taking accountability for her conduct.’ 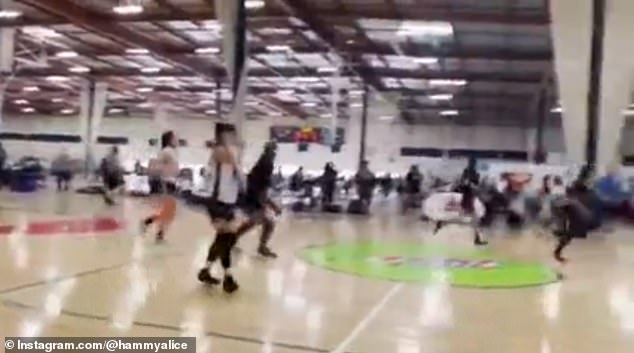 In a video that quickly went viral, Benjamin’s 14-year-old daughter is seen sucker punching a 15-year-old opponent during a tournament game in Southern California on Sunday, leading to her immediate ejection

The incident was allegedly not her first.

According to Kevin Hahn, an attorney representing the victim’s family, the 14-year-old was previously caught swinging at two opponents during a tournament game in September.

‘My understanding is that organization that held the tournament banned her and suspended her from any other tournaments in their organization,’ Hahn said, as quoted by NBCLA.

Hahn said it’s possible that organizers for last weekend’s tournament were unaware of the 14-year-old’s suspension. He also said that the Ham family is seeking charges against both the daughter and the mother.

Benjamin was at Sunday’s game between Dream Academy, his daughter’s team, and the SoCal Blaze.

Video shows Benjamin’s daughter launching a three-pointer from the wing, which rimmed out as Ham appeared to touch the 14-year-old shooter. 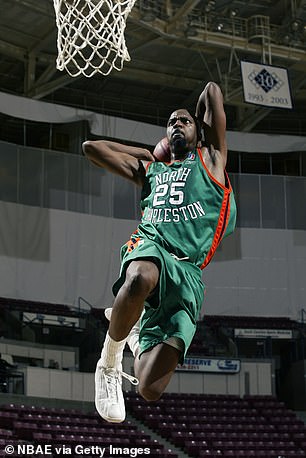 Both players fell down, and as they got back to their feet, a voice yelled: ‘You better hit her for it.’

Immediately the 14-year-old shooter wound up and slugged Ham with her left arm, dropping the 15-year-old to the court.

‘Oh my goodness,’ another woman said after the punch.

‘Of course I was in total shock,’ Alice Ham, Lauryn’s mother, told ABC7 New York. ‘Just couldn’t believe that could happen to my child.’

‘You always see things on video and you never think it could happen to you. To actually see it and know that was my kid just hurt me so bad.’

Alice was watching another child play at another court at that exact moment, but was told by other parents that it was the 14-year-old’s mother who told the girl to hit Lauryn.

‘I can hear pretty clearly the mom [in the video],’ Alice Ham said. ‘I know it’s the mom because the witnesses at the site told me. It’s pretty clear that she tells her daughter you have to hit her for that. What ‘that’ is, I don’t know. I don’t know what the mom thinks she saw.’

Attorney Brett Greenfield, who spoke to ABC 7 on behalf of the family of the 14-year-old, released a statement regarding the assault.

‘My client and her family are deeply and sincerely remorseful,’ the statement read. ‘This is a unfortunate incident involving a very hard working and promising student athlete. We must keep some perspective and keep in mind that this is a young minor who has made a mistake.’

‘The comments on social media in response to this incident are a cause of great concern for both the minor and her family. We would respectfully request that she be given the benefit of the doubt and that her privacy be respected given her young age.’