Brock Antonie Williams, 35, was arrested after he launched a high speed police chase on a stolen motorcycle on Wednesday

An ex-convict was caught by a detective driving a stolen motorcycle with a license plate that read ‘XFELON’.

A detective in Thurston, Oregon was searching for a vehicle in an unrelated case when the motorcyclist caught his eye on Wednesday.

The investigator recognized Brock Antonie Williams, 35, in the parking lot of a grocery store and ran a records inquiry on him.

He later discovered that Williams was wanted on an arrest warrant, according to Komo News.

But before officers could take Williams in, he dashed off on a Ducati motorcycle.

The detective pursued and was surprised to read William’s ironic license plate that read ‘XFELON’.

A police car then arrived on the scene to follow the motorcycle, which had expired tags from North Dakota on it. 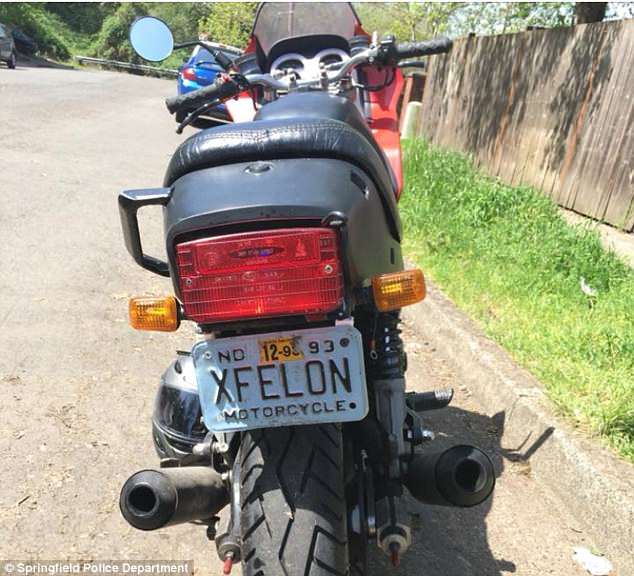 But when Williams saw the officer’s car he sped off at 85 to 100mph, launching a high speed police chase.

However his dash was cut short when he turned into a dead end street.

Williams then hopped off the Ducati motorcycle, removed his helmet and walked away from the scene.

When police stopped him, he claimed he wasn’t on the bike.

After police investigated the vehicle, they learned that the motorcycle was stolen in June 2017 in Cottage Grove. 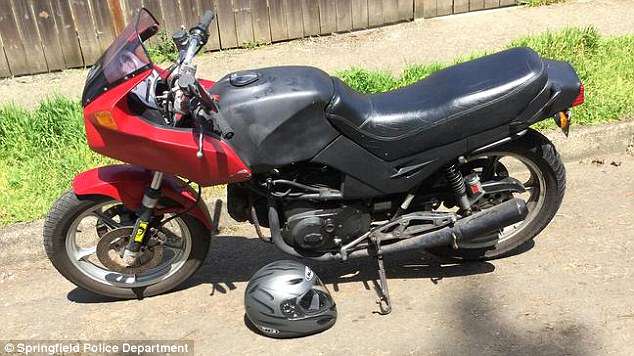 After driving at 85 to 100mph he ended up in a dead end. Williams then hopped off the bike and walked away from the scene, pretending he wasn’t on the motorcycle 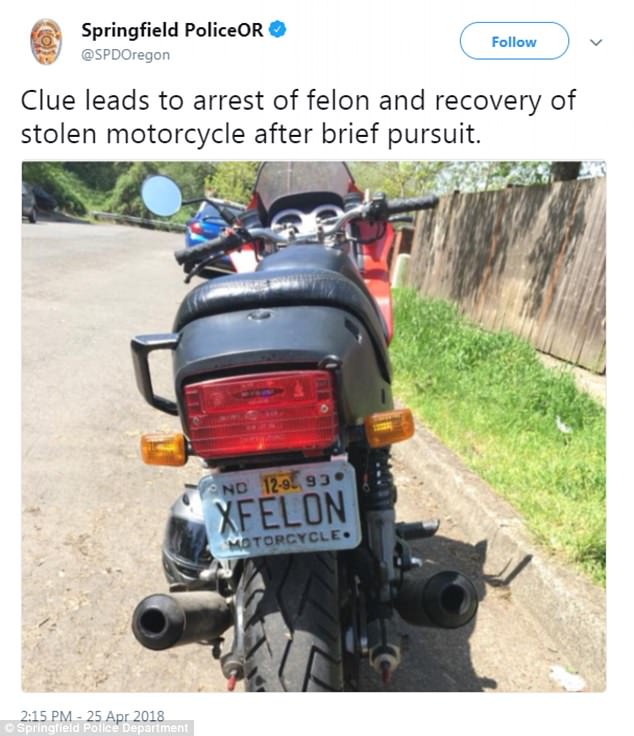 Lieutenant Scott McKee said ‘As we say in the biz, we catch the dumb ones first’

Williams was then arrested on charges of unauthorized use of a motor vehicle, reckless driving and possession of methamphetamine.

Lieutenant Scott McKee said that the ironic plate wasn’t on the bike when it was stolen and was likely put on afterwards.

‘As we say in the biz, we catch the dumb ones first,’ McKee said.

‘Since these guys make license plates in prison, you would think he would be a little more creative,’ McKee said to the Springfield Register-Guard.

‘I guess he didn’t realize what a clue that presented to us in law enforcement,’ he added.