The ex-cop once accused of injuring Jeffrey Epstein’s neck when the pair were cellmates had previously strangled a man with a zip tie, new court papers revealed.

Former Briarcliff Manor Officer Nicholas Tartaglione, 51, was briefly considered a suspect after Epstein was found unconscious in the cell the men shared at the Manhattan Correctional Center on July 23.

Tartaglione was later cleared of wrongdoing in that incident, which was ruled a suicide attempt.

A Manhattan federal court filing obtained Monday by the New York Post outlined additional details about the quadruple murder that landed Tartaglione behind bars in December 2016 – and renewed speculation about the Epstein case.

Nicholas Tartaglione (pictured), an ex-cop once accused of injuring Jeffrey Epstein’s neck when the pair were cellmates at Manhattan Correctional Center in July, had previously strangled a man with a zip tie, new court papers revealed

Investigators say he lured Luna, who he accused of stealing drug money from him, to a lounge along with the other three victims, two of Luna’s relatives and one friend.

The ex-cop and his accomplices allegedly jumped the four victims and took them to a farm, where they shot three of the victims in the head.

Prior to the new filing, police had not been able to determine how Luna was killed.

Investigators have now revealed that Tartaglione ‘hit Luna repeatedly and eventually put a plastic zip tie around Luna’s neck and pulled it tight, choking Luna, and ultimately killing him’. 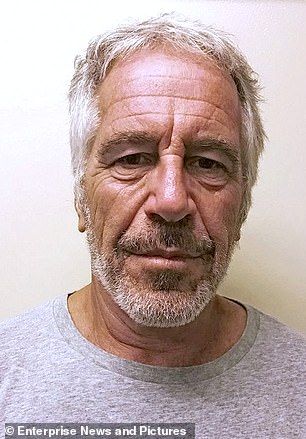 Jeffrey Epstein was found unconscious in his cell after an apparent suicide attempt on July 23. He allegedly told his lawyers that Tartaglione, his cellmate at the time, had inflicted the wounds found on his neck

The latest allegations stirred up speculation about Epstein’s apparent suicide attempt on July 23, given how Luna was killed.

Epstein, a convicted pedophile who was facing child sex-trafficking charges, had reportedly told his lawyers Tartaglione inflicted the injuries found on his neck on July 23.

The millionaire was relocated to another cell, where he slept alone until he hanged himself less than three weeks later.

Officials are still investigating how Epstein was able to kill himself and why he wasn’t on suicide watch.

Tartaglione – who is still at Metropolitan Correctional Center waiting for a trial date – has unequivocally denied having hurt Epstein.

He penned a letter to the New York Daily News earlier this month insisting that while he thought poorly of Epstein, he never ‘touched’ him.

‘As far as Jeff Epstein is concerned, I never touched the man. I despise anyone who hurts children but whatever was going to happen to him, I was not going to be a part of it,’ Tartaglione wrote.

He said he wanted to be moved out of the Manhattan prison in light of ongoing scrutiny and tension surrounding Epstein’s death.

Tartaglione’s attorney Bruce Barket said the inmate feared for his life and deserved to be transferred.

‘It just doesn’t seem appropriate that he be housed and guarded by the very people who are under investigation given his proximity to the investigation,’ Barket said. 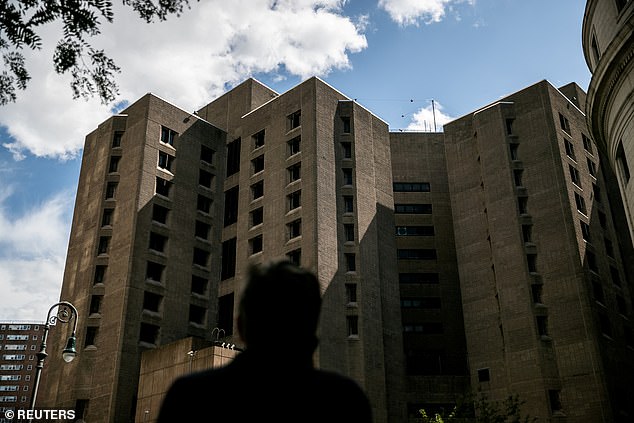