Fallen NRL star Bronson Xerri has signed on with a player agent, with the drug cheat set to test himself on the open market ahead of a possible return next year.

The ex-Sharks star, who is remarkably still just 21, is on the front foot as he looks to find a desperate NRL club to take a second chance on him, with the former rookie of the year free to join a club and begin training from September 2023.

This is despite being suspended for four years from November 2019 after testing positive to a number of banned performance-enhancing substances.

Xerri has signed on with player agent Matt Desira, who looks after former and current stars Marty Taupau, Daine Laurie, Benji Marshall and Jayden Campbell, among others.

It remains to be seen if any club would be interested in the former centre, who has piled on the muscle during his suspension.

He had previously hinted at wanting to have a crack at making it big in the NFL, but the recent development has quashed that. 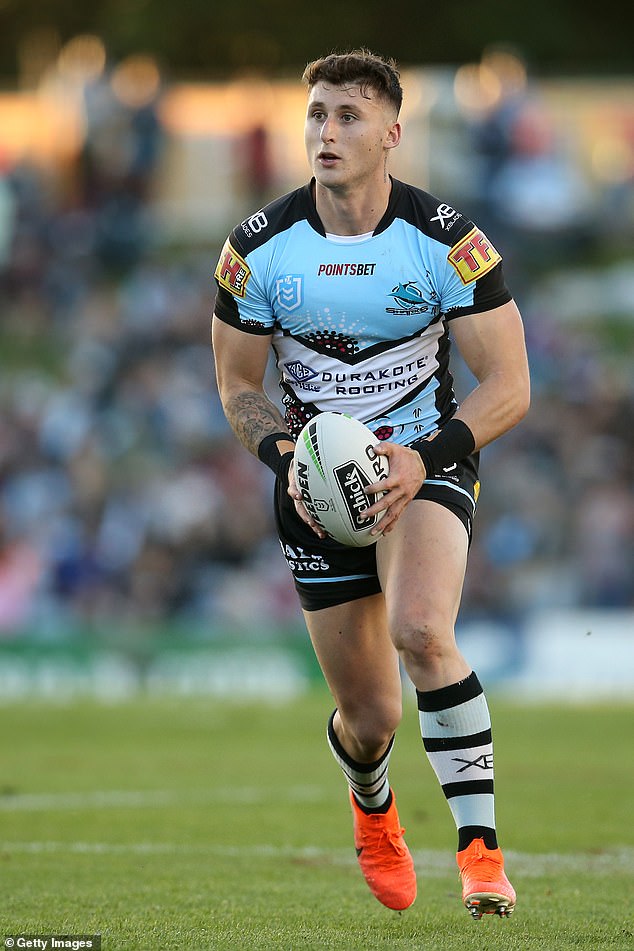 Bronson Xerri had a brilliant debut season for Cronulla as a 19-year-old, but was banned for four years just months after it ended

If his selfies are anything to go by, the ex-Shark has been living in the gym since his suspension – which he unsuccessfully appealed at the time.

Playing around the 99kg mark during his debut season at centre, Xerri has put on 10kg at the very least.

His regular selfies caught the eye of Daily Mail Australia earlier this year, and Xerri clearly didn’t appreciate the attention as he called for drug authority ASADA to ‘come test me’. 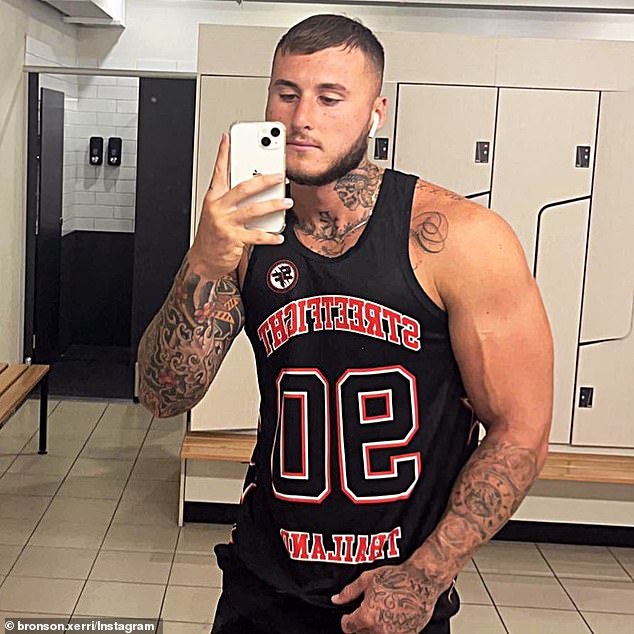 The huge increase in muscle led to recruitment veteran Peter O’Sullivan saying Xerri would need to make massive changes if he wanted to return to the NRL.

‘He was obviously a terrific player but you lose speed, flexibility and range of movement when you’re as big and strong as he’s looking.’

Xerri was noted for his incredible speed and agility during his debut 2019 season at centre for Cronulla, which included a hat-trick on debut and led many to believe he was a future State of Origin star.

Those dreams were shattered just months later when he tested positive to the presence of exogenous Testosterone, and its metabolites Androsterone, Etiocholanolone and 5b-androstane-3a and 17b-diol on November 25, 2019. 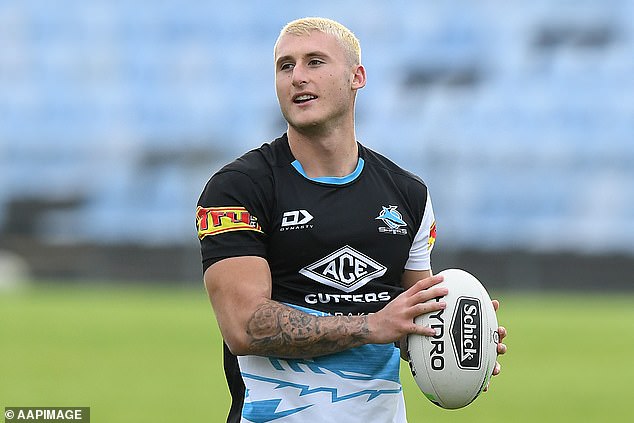 Renowned sprint coach Roger Fabri was firmly of the belief his former client could recapture his speed.

‘We have full intentions to get back together when his suspension is up,’ Fabri told Newscorp.

‘I agree his body shape has changed but if he really wants to get his speed back I can guarantee we’ll make it happen.’