Former U.S. diplomat Mike Markle used his influence to secure her a prestigious internship as a junior press officer at the American embassy in Argentina when she was 20 and considering a career in international relations

Spare a thought for the Duchess of Sussex, who has been subjected to yet another highly personal attack from a member of her family.

And this time it’s by her uncle, former U.S. diplomat Mike Markle, who first helped her on her way to becoming a stateswoman.

He used his influence to secure her a prestigious internship as a junior press officer at the American embassy in Argentina when she was 20 and considering a career in international relations.

‘Meghan has climbed socially and left us behind — that’s how I feel,’ says Mike, 80, the elder brother of her father, Thomas.

‘I think that’s what happens when you’re “underclass” and trying to rise above the reality of your situation.’

Speaking to Woman magazine from his home on a caravan park in Florida, Mike shed light on the alleged rivalry between Prince Harry’s wife and the Duchess of Cambridge.

‘Coming from her background, she may have a chip on her shoulder,’ he says of Meghan. 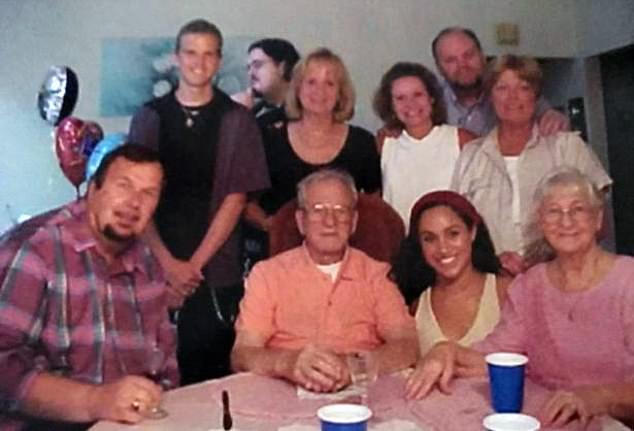 ‘It could be that that’s part of the problem she’s having with her sister-in-law. Meghan is immature in some ways.

‘I feel that because of the way she acts — not only towards family members, but other people.’

He blames Meghan’s father for her strong character.

‘It could be that she’s bossy towards staff because she’s been spoilt by my brother,’ Mike says.

‘He doted on her a lot — more than he did his other children. 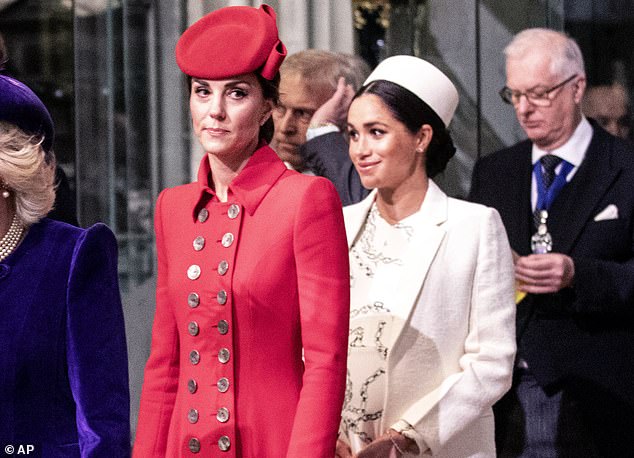 The Duchess of Cambridge, centre, and Meghan, the Duchess of Sussex attend the Commonwealth Service with other members of the Royal family at Westminster Abbey in London, Monday, March 11, 2019

‘Tom spent more time with her and helped her in school and stuff like that.

‘Tom has more of a rapport with her than with the rest of the kids. That’s a problem.

‘She’s a prima donna because he treated her really well.’

‘I’ve probably done more for her than most,’ he said. ‘I personally talked to the ambassador in Argentina for her. I helped her out and I didn’t ask for anything in return.’