John Terry, 39, and his wife Toni have a growing property empire in Surrey

John Terry has bought a new 18th Century manor house in Surrey – his fifth property deal in the area in recent years, MailOnline can reveal.

The former England captain is believed to now own three properties in the stockbroker belt after snapping up the seven-bedroom house for £4.35m.

Terry, who is now assistant manager with Premier League team Aston Villa, bought the house – set in eight acres of woodland – in the summer during the off season.

Since retiring from playing Terry has also set himself up as a successful property developer. It is unclear whether he plans to live in his latest acquisition or whether he has bought it as an investment.

The latest property is a far cry from the ultra-modern properties usually bought by Terry and his wife Toni – and a world away from the tough estate in Barking, east London, where he was born and grew up.

Photos from estate agent Savills give a ‘Through the Keyhole’ glimpse at the stone and flint manor house, which was built in 1752 for the personal chaplain to the Earl of Ellesmere.

As well as a metal spiral staircase, the home has a large ornate fireplace and many other period features. 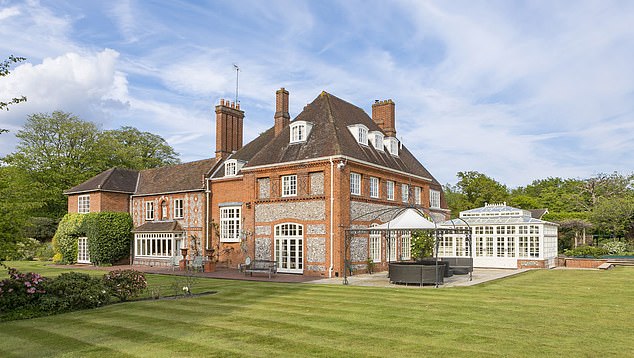 The couple have just bought this seven bedroom home in Cobham, Surrey, for £4.35million 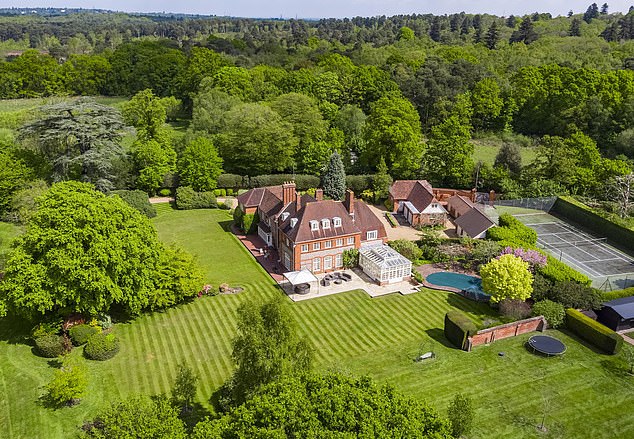 Terry, who captained England during a glittering career, has set himself up as a successful property developer since hanging up his boots and becoming Aston Villa’s assistant manager 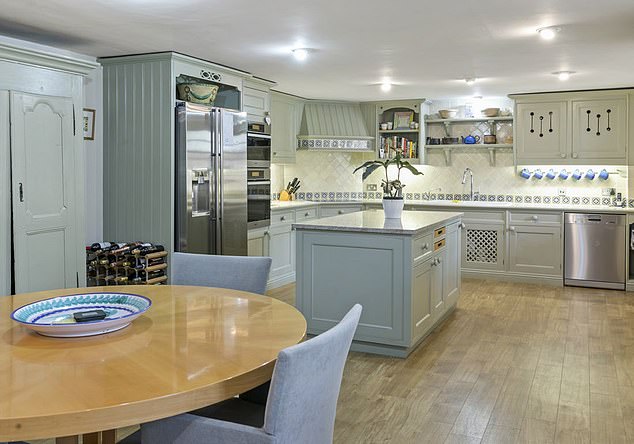 The main house has seven bedrooms, including a master with en-suite bathroom.

It boasts a modern kitchen/diner, master and guest suites and five further bedrooms.

There is also a library and study and a separate barn with the property hidden from view and accessed by a gated gravel driveway. 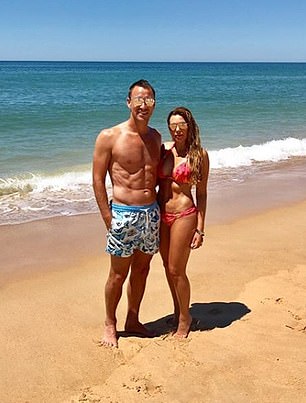 Another attraction of the property is a separate barn that includes a stable block with boxes for three horses.

Terry’s wife Toni is a keen horsewoman and it is the first property they have owned that has on site facilities to keep horses.

The annexe also includes an en-suite bedroom and two further guest rooms with a self contained kitchenette.

While it is the oldest property Terry has ever owned it also comes complete with the trappings that attract Premier League players and their WAGs, including an outdoor pool and tennis court.

The estate agent describes the Terrys’ latest purchase as an ‘elegant and imposing period country house.’

The property description reads: ‘It’s a magnificent 18th century brick and flint country house which has been sensitively extended over the years.

‘The property is accessed via a private drive and is well positioned within its land to take advantage of the views over the gardens.

‘Unusually, for a building of this age and stature, it is not listed property. 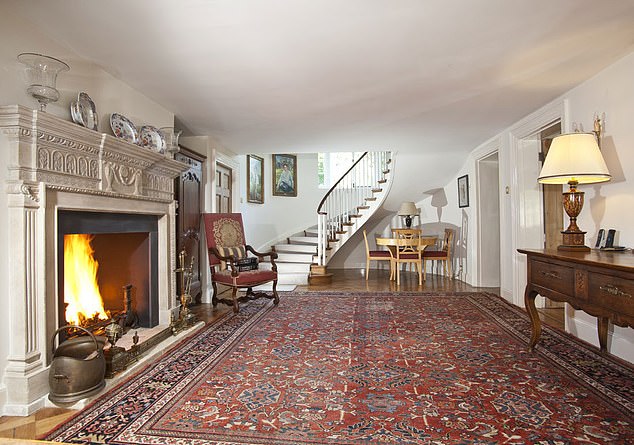 The hallway (pictured) of the brick and flint house has a huge sweeping staircase, an ornate stone fireplace and antique furniture 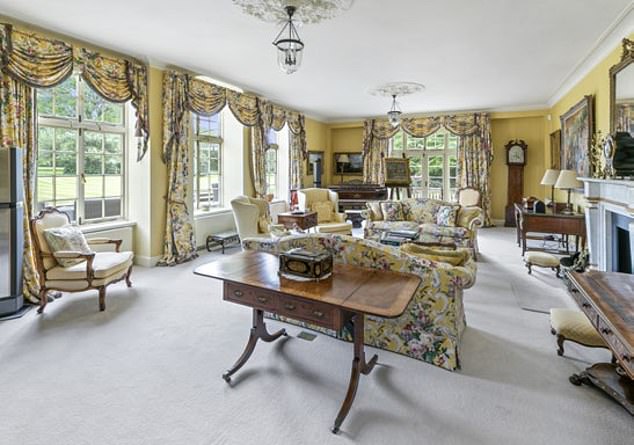 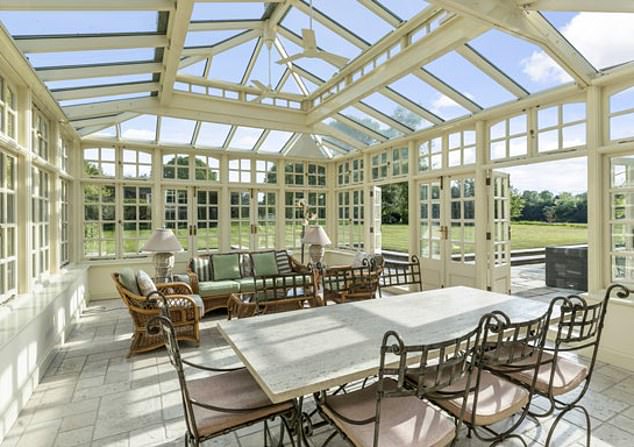 The palatial property is a far cry from the tough estate in Barking, East London, where Terry, worth an estimated £38million, grew up with his mother Sue and father Ted

‘The original part of the house was built in 1752 and later extensions were added in the 20th century.

‘The current owners have renovated and refurbished the property during their ownership, reinstating many of the period style features.’

Terry’s wife Toni has posted photos from the extensive grounds to her Instagram page after the couple bought the house and are reported to have set aside almost £2m to carry out renovations,.

Records lodged with the Land Registry reveal the home was bought by Terry for £4.35m.

Terry, who retired from playing at the end of the 2018 season, has established a property empire in Surrey close to his former club Chelsea’s training ground. 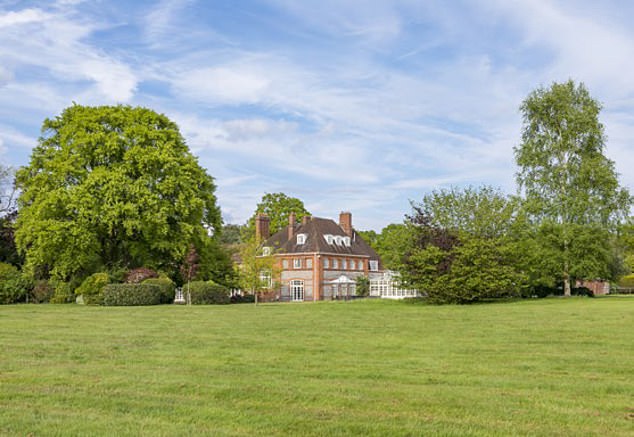 Terry, 39, who retired from playing at the end of the 2018 season, has established a property empire in Surrey close to his former club Chelsea’s training ground 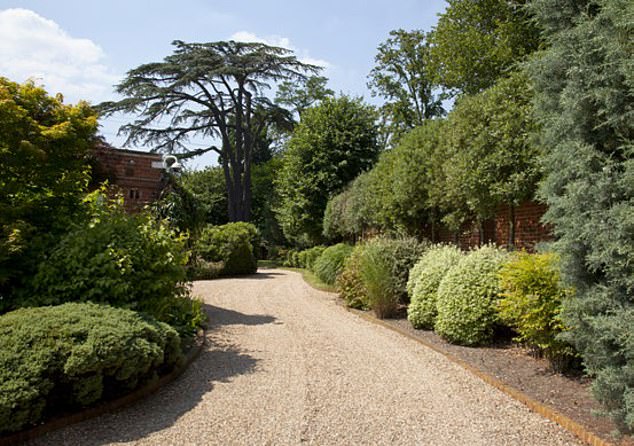 The former footballer, who is now assistant manager with Premier League team Aston Villa, has bought up a number of properties in the area and made profits on them 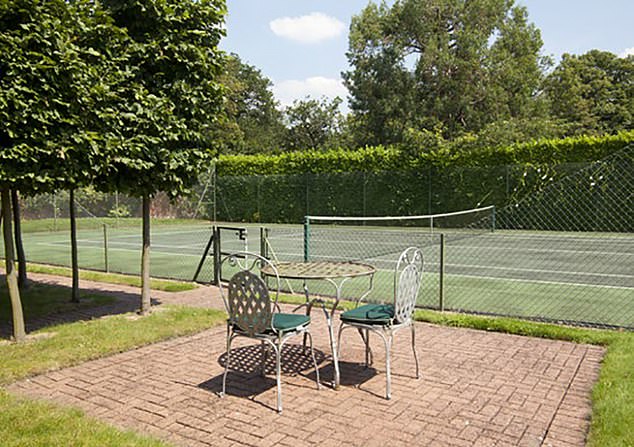 It is unknown whether Terry and his wife Toni, who recently celebrated their 12th wedding anniversary, plan to live in the historic property or have bought it as an investment

The house is his fifth purchase around Cobham, which is one of the most exclusive and expensive areas in the UK.

The third home in the area was bought in 2014 for £6.6m and was formerly owned by golfer Colin Montgomerie.

He later got planning approval to tear down the house and develop two new modern homes.