The family of Strictly star Dr Ranj Singh’s ex-wife have told for the first time how they are still heartbroken after he dumped her and came out as gay.

Sulvinder Samra, 40, was devastated when the celebrity This Morning doctor admitted to her that he had finally come to realise his sexuality and ended their five-year marriage.

Dr Ranj, 39, who wowed viewers with his sequinned costumes and daring routines, has spoken openly about the ‘lowest point’ of his life when he took difficult decision to divorce Sulvinder.

Now his ex-wife’s father Jemera has broken the family’s silence to say that seeing Dr Ranj on Strictly had made them realise that they still haven’t got over what happened – and he still can’t bear to watch his former son-in-law on TV.

Speaking exclusively to MailOnline, Mr Samra, 68, said: ‘A lot of years have passed but whenever I see him on television I either turn it off, switch channels or just walk out of the room. He still brings back a lot of painful memories for me. 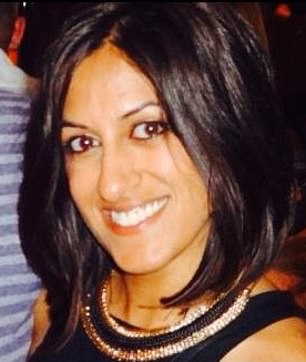 Strictly star Dr Ranj Singh, 39, (left) was married to pharmacist Sulvinder Samra, 40, (right) for five years before he confessed to her that he was gay and they divorce in 2011 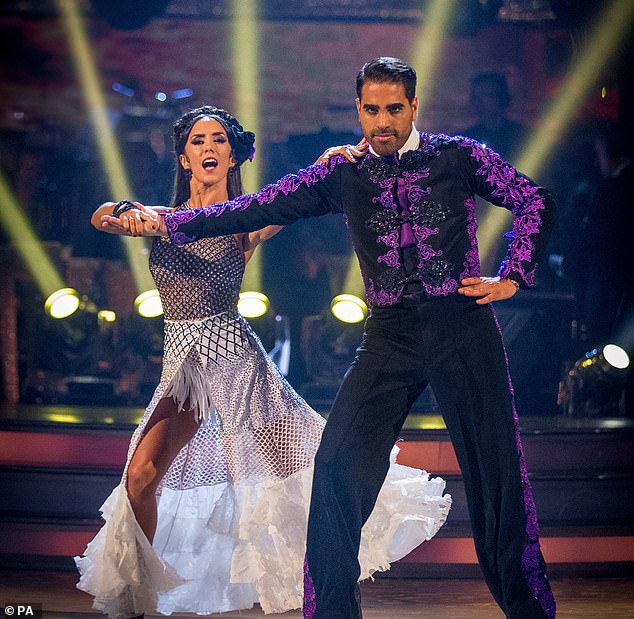 Dr Ranj, who wowed viewers with his sequinned costumes and daring routines, has spoken openly about the ‘lowest point’ of his life when he took difficult decision to divorce Sulvinder 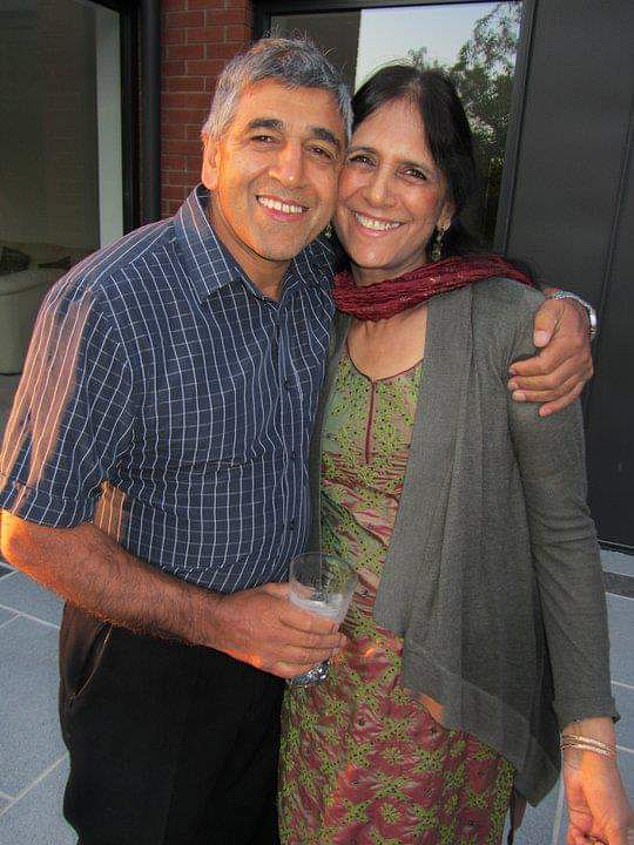 His former father-in-law Jemera Samra (pictured with wife Manmohan, 59) has opened up for the first time about how seeing him on Strictly brought back all of the pain of the divorce

‘The marriage and why they divorced had a devastating impact on us all. We never expected anything like this would happen and if I’m being honest, it’s something that is still a little difficult for me. I have obviously accepted it but it’s still hard.’

Sulvinder, a pharmacist, is the eldest of four daughters of sub post-master Jemera Samra and his wife Manmohan, 59.

She met Dr Ranj after he qualified as a doctor at Guy’s, King’s and St Thomas’ School of Medicine in 2003 and they dated for a year before he popped the question.

The couple married on May 28, 2006, in a traditional Sikh ceremony, followed by a Western registry and a big reception in the evening.

Their wedding certificate states the venue as Colwich Hall Hotel, the magnificent Georgian pile and ancestral home of Lord Byron, set in 60 acres of parkland, on the outskirts of Nottingham.

The couple moved to London and set up home in a £500,000 flat in East Dulwich, south East London.

But the relationship disintegrated as Dr Ranj slowly came to terms with his sexuality and Sulvinder moved back to Nottinghamshire. They divorced in 2011. 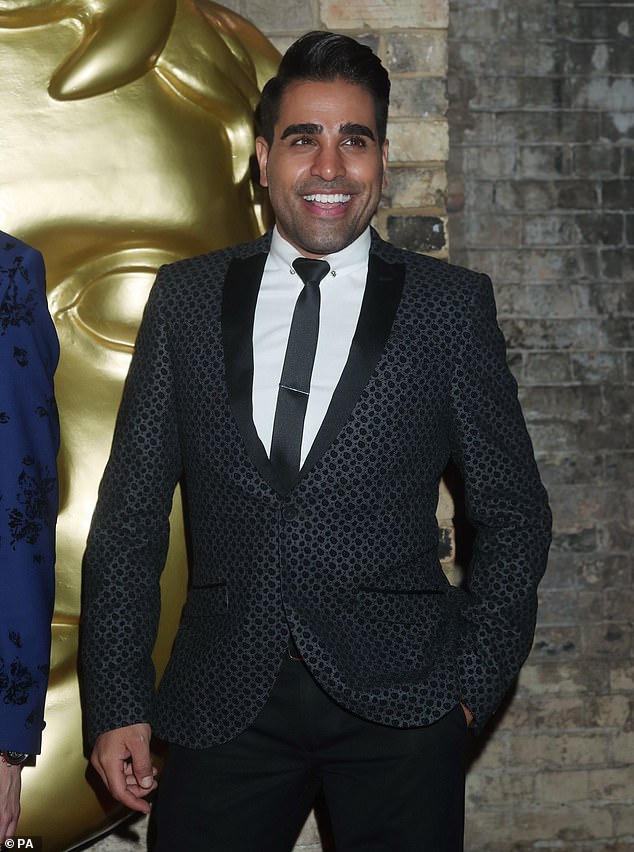 Dr Ranj met Sulvinder after he qualified as a doctor at Guy’s, King’s and St Thomas’ School of Medicine in 2003 and they dated for a year before he popped the question 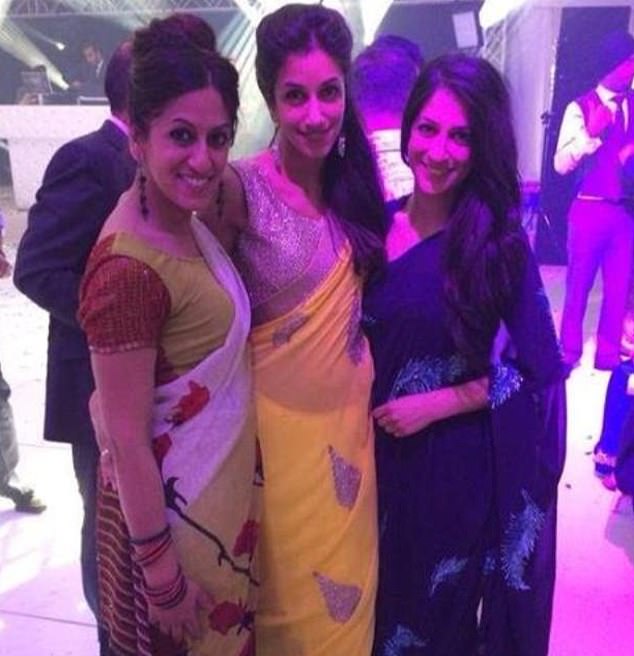 Sulvinder (pictured) married Dr Ranj in May 2006 in a traditional Sikh ceremony in front of 500 guests in Nottingham. They moved to a £500,000 flat in East Dulwich they separated 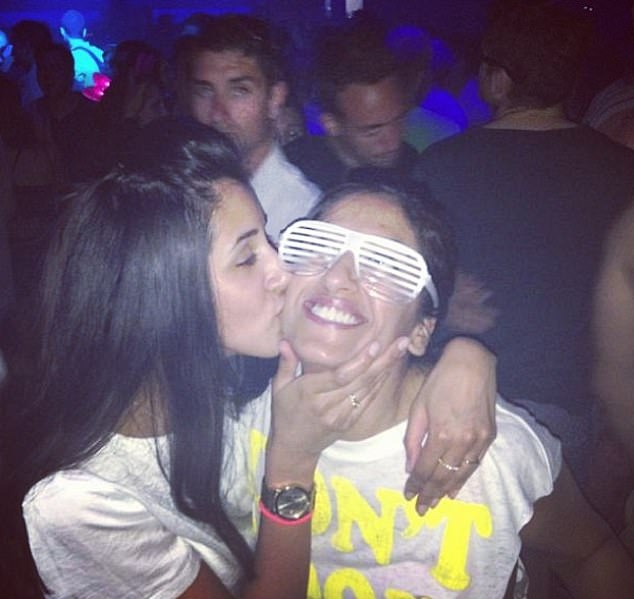 Mr Samra, from Nottingham, said: ‘Your daughter marrying a doctor is a dream for most Asian parents. It was a fantastic wedding and we thought he was the perfect match for her.

‘We knew they were having some problems about two years into the marriage but didn’t really know the full extent of what was going on. When I discovered that it was because of his sexuality, I just couldn’t get my head around it. Perhaps I’m just too old to understand these things.’

Dr Ranj, ITV’s This Morning resident health expert, initially made his name as a television presenter on the BBC’s children show Get Well Soon, which he also created.

‘One of my grandchildren happened to be watching Strictly and got excited when she saw him on television. She said ‘look, there’s Dr Ranj.’ All the kids recognise him.

‘I didn’t have the heart to tell her that he was once part of our family and just walked out of the room. You can see that he really enjoys the limelight and has made a name for himself in the celebrity world. I wish him all the best. We have all moved on but that doesn’t mean what happened is any less painful.’

In an interview earlier this year, Dr Ranj revealed that coming out to his former wife was the toughest moment of his life.

‘I accepted that it wasn’t right and it had to end,’ he said. ‘It was so hard and I still don’t like thinking about it. I felt like my heart had been wrenched out of my chest.

‘I was completely broken. It was the lowest point in my life. I can only imagine how hard it was for my wife, though she didn’t deserve any of that. I feel so incredibly sorry for what she had to go through.’ 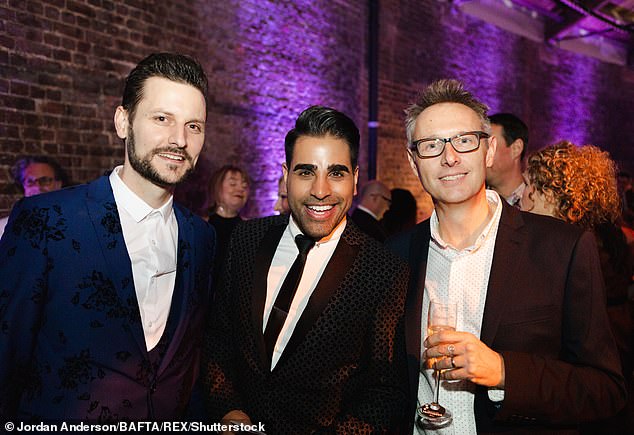 Dr Ranj, ITV’s This Morning health expert, initially made his name as a TV host on the BBC’s children show Get Well Soon, which he also created before appearing on Strictly

In an interview earlier this year, Dr Ranj revealed that coming out to his former wife was the toughest moment of his life. He said he was ‘broken’ after the marriage ended

Mr Samra added: ‘My daughter has rebuilt her life and a lot of this is now water under the bridge. We never speak about him as a family because that’s all in the past.’

Mr Samra was born in Punjab, north India, and came to Nottingham in 1953 at the age of three, where he has lived ever since.

He qualified as a chemical engineer but was instructed by his father to go into business, manufacturing clothes, which he sold at markets around the midlands.

He said: ‘I’ve worked very hard all my life and always had to do whatever my father told me. That was the Asian way for my generation. But younger British Asians have more freedom and like to live their lives in the way that they want.

‘Perhaps this is why I still find it a little difficult completely understanding what has gone on in my daughter’s life. I’m just from a different era and we have very different values.’

He maintains however, that despite his upbringing, he and his wife Manmohan are a ‘forward thinking’ Asian couple.

Mr Samra said: ‘I ensured that all my daughters had a good education and never insisted that they have an arranged marriage, like I had to. They have been allowed to make their own choices about how they want to live.’