The former CEO of Goldman Sachs has warned the Democrats about nominating Bernie Sanders as president, claiming Russia prefers him to Donald Trump.

But Lloyd Blankfein, the ex-chief executive officer at finance giant Goldman Sachs, warned Democrats that Sanders is the choice the Kremlin would prefer to go against President Trump later this year.

He expressed concern for Sanders’ electablity and whether he would be able to defeat Trump in more moderate states in the race for the White House.

Blankfein, who supported Hillary Clinton in 2016 when she lost to Trump, warned Sanders was just as a divisive figure as Trump. 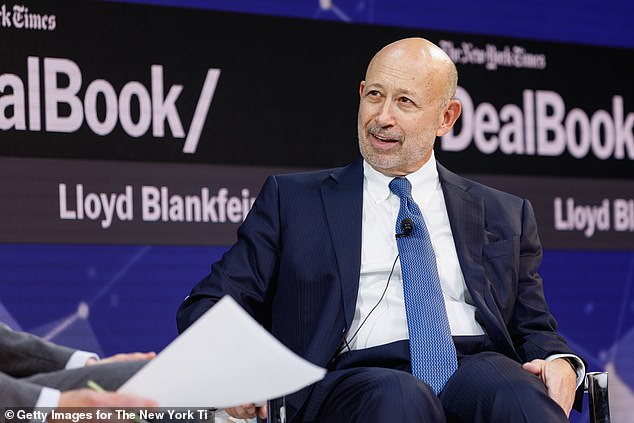 And in a reference to the interference scandal that engulfed Trump’s early presidency, Blankfein said on Twitter that the Russians would prefer Sanders as president even over Trump as the Democrat ‘doesn’t care about our military’.

Blankfein, who is still senior chairman at Goldman, claims Russian President Vladimir Putin would use Sanders to ‘screw up the US’ and damage the economy.

He tweeted after last night’s primary: ‘If Dems go on to nominate Sanders, the Russians will have to reconsider who to work for to best screw up the US.

‘Sanders is just as polarizing as Trump AND he’ll ruin our economy and doesn’t care about our military. If I’m Russian, I go with Sanders this time around.’

Sanders last year unveiled a plan to reverse President Trump’s tax cuts and hike corporate tax rate from 21 per cent to 35 per cent as well as introducing a Medicare for All package alongside free college fees.

Blankfein is not the first Democrat to express concerns about the 78-year-old Vermont senator, who describes himself as a democratic socialist.

He began at Goldman in 1994 when the firm he work as a precious metals salesman was bought by the company. 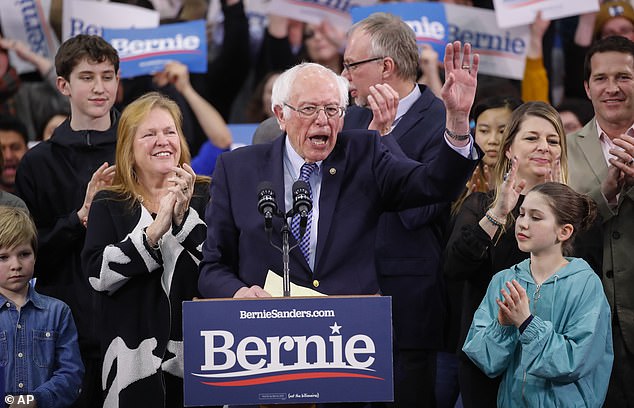 Blankfein stepped down as CEO of Goldman in 2018 after taking over in 2004.

In a 2012 speech in the Senate Sanders criticized Blankfein for supporting a reduction in Social Security, Medicare and Medicaid, calling him the ‘face of class warfare’.

After being announced as the winner of the primary last night, Sanders criticized billionaires involvement in the political process.

‘But we are going to win because we have the agenda that speaks to the needs of working people in this country.’

During the 2016 Democrat primaries, Russia backed the Sanders campaign, but its activities in support of Trump and his presidential campaign were more extensive, according to the Mueller report.