Infamous ex-bikie John Fahey says his ‘misses is spewen’ after police banned him from going to Aldi.

The father-of-four, who spent 15 years as Bandidos national sergeant-of-arms before defecting to Hells Angels, took to Instagram to complain about the ban.

‘Gang squad keep up the good work boys,’ Fahey wrote, sharing a photo of the an ‘official warning’ sent to him by NSW Police’s elite Strike Force Raptor gang squad.

‘Good to see when blokes are no longer bikies and have moved on in life your still trying to f*** em.’

‘You’ve really put me out by barring me from Aldi’s thanks guys my misses is spewen… lol.’ 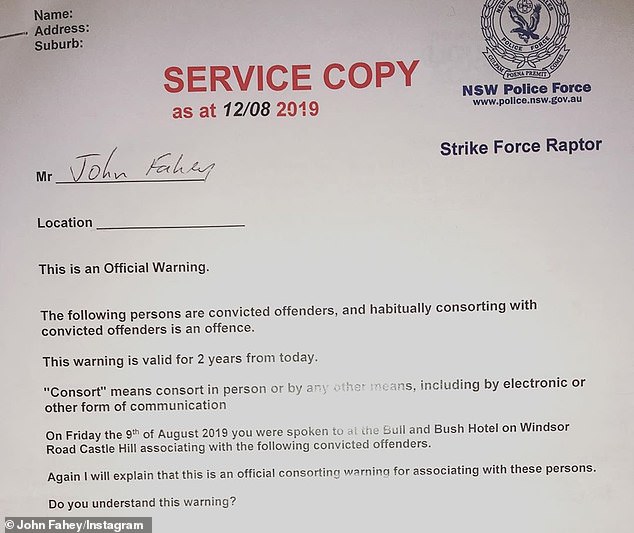 An official warning (pictured) given to John Fahey by the New South Wales Gangs Squad, featuring identities he is forbidden form consorting with

He was also banned from visiting a collection of bottle shops, supermarkets and licensed venues listed in Sydney’s west including Aldi.

He had moved to the Hells Angels from rival gang Bandidos, and now lives with his partner Suzi and three young children in New South Wales.

Fahey made headlines last month in a public spat between him and ex-Hells Angels bikie Ben ‘Notorious’ Geppert, when video emerged on social media of Fahey’s six-year-old daughter Halo appearing to snort salt.

Geppert is in a relationship with Allaina Vader, who is Halo’s mother. 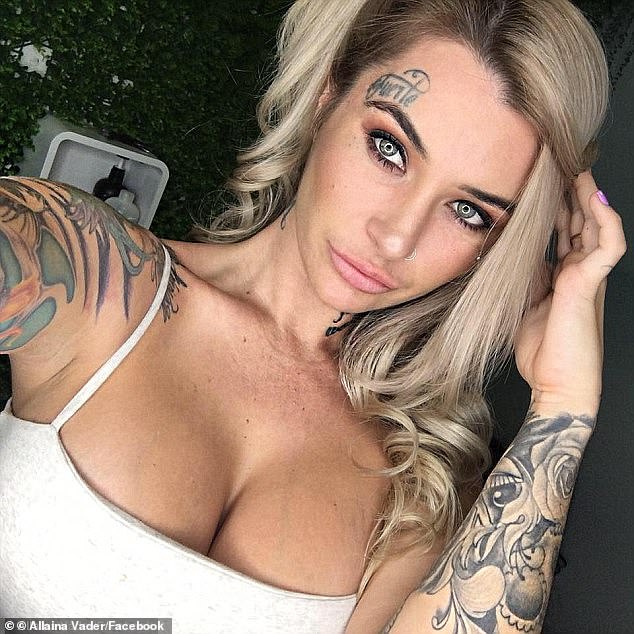 Allaina Vader (pictured) is the mother of Fahey’s daughter, Halo

Fahey attacked Geppert on social media, before a group of Fahey’s associates confronted him in a Gold Coast shopping centre.

Former president of the Nomads Moudi Tajjour called Geppert out after he fled the shopping centre incident, calling him ‘a rat and a coward.’ 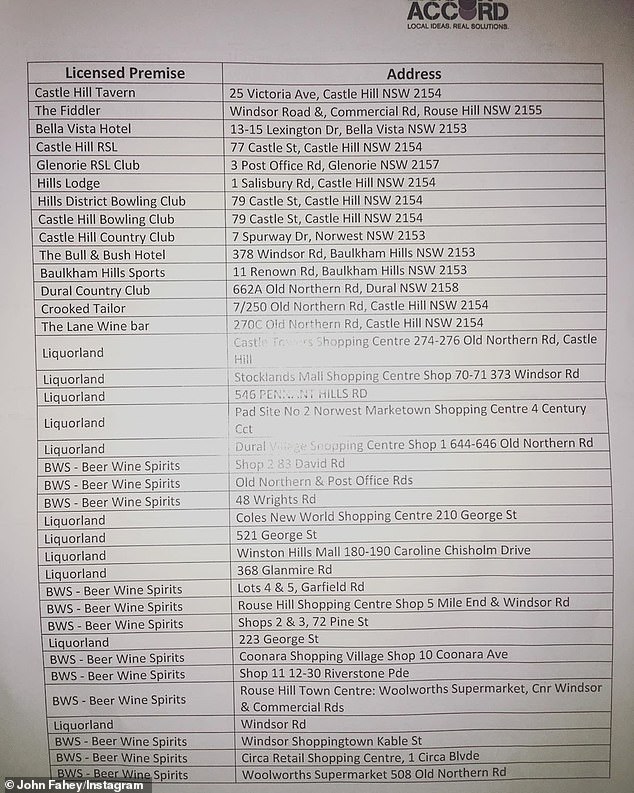 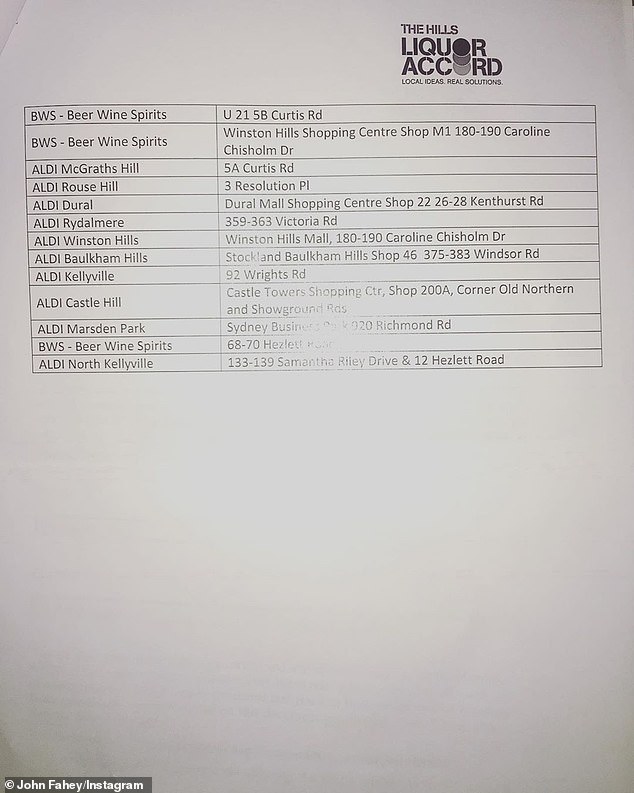