Benjamin Netanyahu ordered the Israeli military to be ready to attack Iran within 15 days back in 2011, according to the former head of the country’s spy agency.

Tamir Pardo, who served as Mossad chief from 2011 to 2016, told Israeli TV that he and then-chief of staff Benny Gantz had been told to bolster Israel’s defences in preparation for a response to the attack.

Pardo added that the order was not a drill and he was convinced at the time that it would result in open war.

The former spy chief spoke out as tensions between Israel and Iran run high amid a shadow-war between the nations being fought in Syria.

Tamir Pardo, the former head of Israel’s spy agency, said that in 2011 he was ordered to bolster Israel’s defences so the country could attack Iran within 15 days 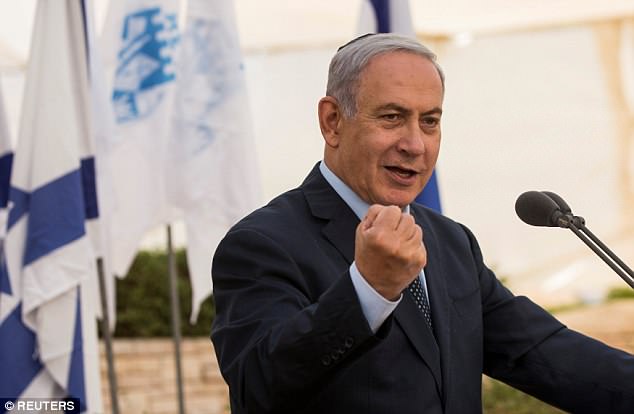 In an interview due to be broadcast on Keshet TV on Thursday, Pardo said: ‘Such a plan is not something that you just order for practice.

‘If this is ordered, it is done for one of two reasons: either because you really intend for such a thing to take place or because you want to send a signal to someone.’

Netanyahu gave the order at a time when then-defence minister Ehud Barak was convinced that Iran was close to producing a nuclear weapon, theTimes of Israel reports.

The military was convinced that the opportunity to strike Iran’s nuclear bases was slipping away and they would soon be so well protected any bombing campaign would be ineffective.

Mossad was thought to have been behind two blasts at an Iranian nuclear site and missile base that year which killed at least 17 Revolutionary Guards and several high-ranking missile experts.

The order was called off after Pardo and Gantz opposed it, J-Post says.

Barak, who later served as prime minister, has previously claimed Netanyahu sought to bomb Iran in 2010 and 2011, but was opposed by senior Israeli officials.

Pardo said that upon receiving the command, he sought ‘clarifications about everything I could, I checked with legal advisers, I consulted with everyone I could to understand who is authorized to give the order concerning launching a war.’

According to the excerpts, Pardo said he wanted ‘to be certain that if, heaven forbid, something incorrect happened, even if the mission failed, that there won’t be a situation where I carried out an illegal operation.’

There was no immediate comment from Netanyahu’s office on Pardo’s claim. 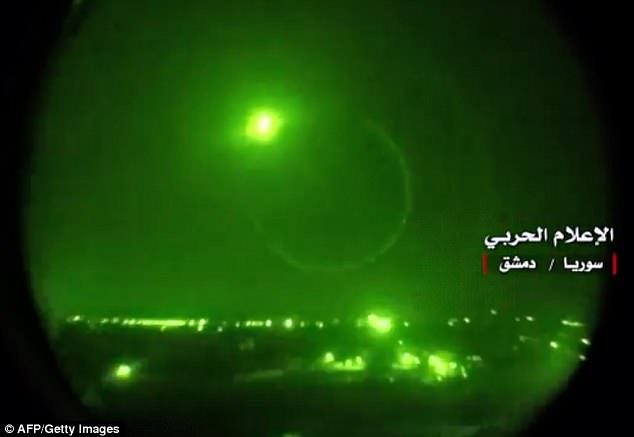 Pardo spoke out as Israel and Iran fight a shadow-conflict in Syria. Pictured are Israeli missiles in Syrian airspace, which the Jewish state said were fired at Iranian targets Multiple missile strikes have hit the Israel-occupied Golan Heights (pictured) in recent weeks, which Netanyahu has blamed on Iranian forces inside Syria

The interview, which will be broadcast in full on Thursday night, comes as tensions between Israel and Iran threaten to boil over into war.

The arch-rivals have been fighting a shadow conflict inside Syria with Israel carrying out frequent bombing runs against what it says are Iranian military bases.

Israel also claims that rocket attacks on its positions in the Golan Heights are being carried out by Iran.

The Jewish state has also accused Iran of building missile factories and moving medium-range ICBMs capable of striking the country into Syria.

Both Iran and Syria have refused to acknowledge Tehran’s presence in the country.

In February, Israel shot down what it said was an armed Iranian drone that entered Israeli airspace.

Israel responded by attacking anti-aircraft positions in Syria, and an Israeli warplane was shot down during the battle.

Israel has increasingly warned that it sees Iranian influence in Syria as a threat, pointing to Iran’s military presence inside the country as well as that of Iranian-backed militiamen.

On Wednesday, Netanyahu said Israel ‘will not allow Iran to arm itself with nuclear weapons.

‘We will continue to act against its intentions to establish itself militarily in Syria besides us, not just opposite the Golan Heights, but any place in Syria.’

Netanyahu has long been a strident critic of Iran and has accused Tehran of attempting to develop nuclear weapons and long range ballistic missiles.

Netanyahu has recently intensified his criticism of the nuclear agreement reached between world powers and Iran in 2015. President Donald Trump withdrew the United States from that deal earlier this month.

There is also a concerted effort by Netanyahu’s administration to convince Russia to pressure Iran to withdraw its forces from war-torn Syria.