Ex-judge given a year in prison for $1.4m mortgage fraud scheme

Jessica Arong O’Brien was the first Filipina judge in Cook County, Chicago and was the first Asian elected president of the Women’s Bar Association of Illinois

A Filipina woman who became a judge in Chicago has been handed a one year prison sentence after she was found guilty of taking part in a $1.4 million mortgage fraud scheme.

Jessica Arong O’Brien, 51, was a respected jurist and civic leader in Cook County before a 2017 indictment and the ensuing court case where she was convicted of two counts of scamming several lenders in the purchase of two South Side properties. She was convicted by a federal jury in February.

The mortgage fraud scheme took place a decade before O’Brien took the bench, as reported by the Chicago Tribune.

O’Brien was reassigned to administrative duties following her 2017 indictment and resigned from her post earlier this year.

Appearing in court on Thursday for sentencing, O’Brien, who is married to Cook County Judge Brendan O’Brien, read out a tearful statement before the court.

‘I’m an embarrassment,’ she said, before brushing off her lawyer who had approached the lectern to try to cut her off.

O’Brien spoke of how she ‘should have known better’ as a lawyer that she was committing fraud and focused on how she’d shamed her family and lost a career she loved.

‘Of all those things that everyone has told you about me, one thing was missing — stupid,’ O’Brien said. ‘I mean, seriously. This whole process is crazy. I can’t put my hands on it.’

‘Of course, I have remorse as to my stupidity,’ O’Brien added.

She told the court how her behavior had ruined her husband’s name. She also blamed family issues in 2003 when she said she decided to get into the real estate game. 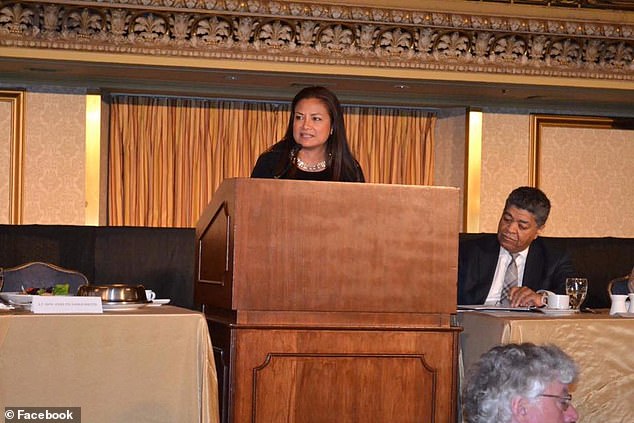 O’Brien was convicted of lying to lenders to obtain more than $1.4 million in mortgages on two investment properties a decade before she took the bench

O’Brien went on to say she hoped her fall from grace would be a lesson to other lawyers and how they would be held to a higher standard.

‘I hope some day when I am 6 feet under, they will learn from what happened here,’ she said.

A Filipina immigrant who came to the U.S. as a teenage with little money, O’Brien had worked her way up the career ladder.

The 51-year-old has degrees in culinary arts and restaurant management. Later, she decided to study law and in 1998 she graduated from the John Marshall Law School.

She was the first Asian elected president of the Women’s Bar Association of Illinois and co-founded a foundation that awards scholarships to law students from diverse backgrounds.

Her lawyer, Steve Greenberg told the court, as he argued for O’Brien’s probation that hers was an inspirational story. 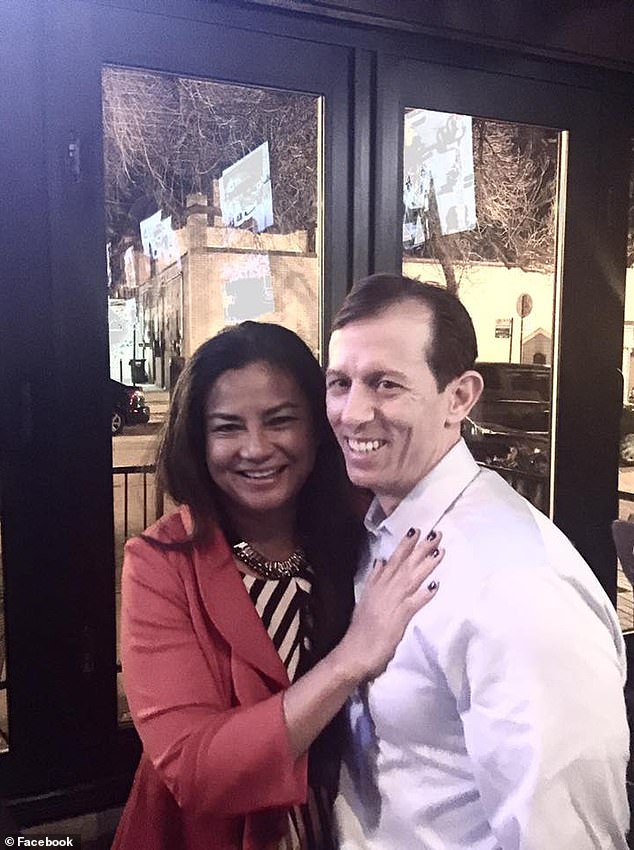 ‘She has fallen as far as she can fall. She has lost everything… There is absolutely no reason to send this poor lady to jail,’ Greenberg said.

O’Brien was convicted of lying to lenders to obtain more than $1.4 million in mortgages on two investment properties in Chicago that she bought and sold between 2004 and 2007 while owning a real estate company. At the same time she was a a special assistant attorney general for the Illinois Department of Revenue.

Prosecutors had alleged O’Brien made at least a $325,000 profit from the transactions by unloading the two homes and paying kickbacks to a straw purchaser.

The straw purchaser defaulted on payments causing losses to lenders and ending with the properties winding up in foreclosure.

Assistant U.S. Attorney Matthew Madden told the jurors in February that O’Brien had ‘used lies to buy and sell these properties.’ 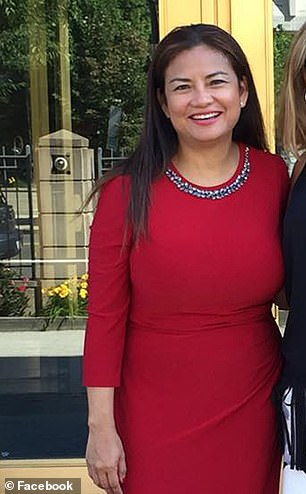 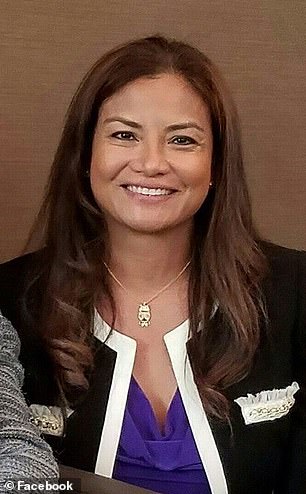 Madden asked for a two-year prison sentence for O’Brien saying her success story was an aggravating factor because she didn’t have a financial need to commit fraud but she did so regardless.

‘This wasn’t stupid,’ Durkin said. ‘This was a crime… You really didn’t need to do this.’

Nearly two dozen of O’Brien’s relatives and supporters listened intently to proceedings in the gallery.