Ex-judge indicted on obstruction of justice charges in sex coverup

A former Tennessee judge who was initially accused of helping a defendant with her legal troubles in exchange for sex faces a new indictment stemming from a suspected cover-up. 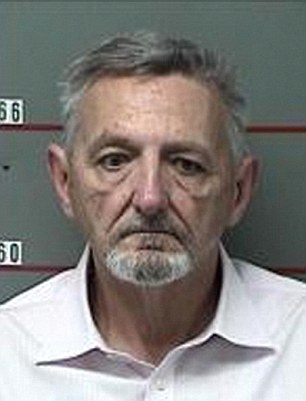 Disrobed: Former Tennessee judge Cason ‘Casey’ Moreland, 60 (pictured left and right in mugshot), is facing obstruction of justice counts for allegedly helping a defendant with her legal troubles in exchange for sex 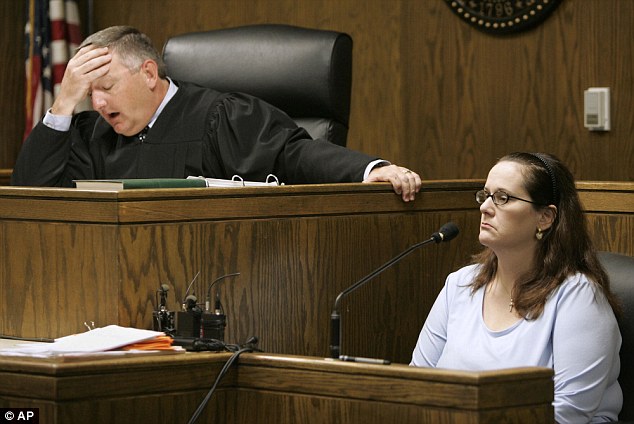 until his resignation in March 2017, Moreland served as Davidson County General Sessions judge (pictured on the bench)

Moreland is accused of embezzling thousands of dollars from the Davidson County Drug Court Foundation over several years and of trying to interfere with a federal investigation by directing the foundation’s director to destroy documents.

He’s also accused of suggesting last month that a witness lie to the grand jury investigating his conduct. The witness was cooperating with the FBI.

Moreland was arrested in late March 2017 by FBI agents at his sister’s home where he had been living. He resigned from the bench in March 2017.

According to a criminal complaint, Moreland learned in February 2017 that the FBI was investigating him for possible corruption.

That investigation was centered on allegations that Moreland extorted sexual favors as well as travel and lodging in return for official acts, such as having fines dismissed for defendants. 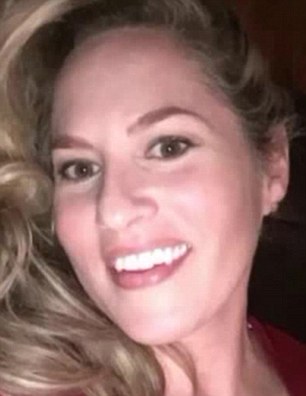 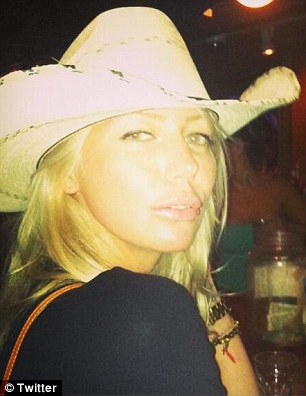 Natalie Amos (left) has gone public with accusations that Judge Moreland helped her eliminate court costs and traffic ticket fines with the expectation of receiving sex in return. She claimed her late friend Leigh Terry (right) had a similar arrangement with the judge

A female witness, who later came forward to the station WSMV and identified herself as Natalie Amos, told the FBI she believed Moreland offered his help with her legal troubles with the expectation of receiving sex in return.

Amos told the FBI that Moreland helped her eliminate $1,200 in court costs and traffic ticket fines, got an interlock breathalyzer removed from her car, and aided her in avoiding a ticket for a suspended license during a traffic stop, the complaint stated.

Court records cited by the station read that after Amos had her fines and fees wiped clean by the judge, she got a text message from him that said: ‘your fee; fines and court costs are taken care of! You now officially owe me!! Haha.’

The two started their sexual relationship in April 2016, according to Amos. 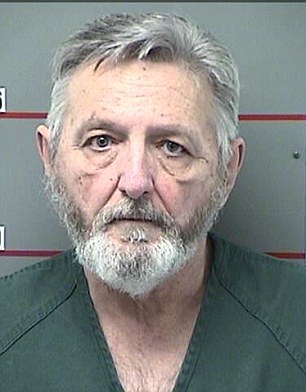 Amos told WSMV that Moreland had a similar arrangement with her friend Leigh Terry, who had committed suicide the year before after being arrested on DUI charges.

The judge has denied having sex with Amos or Terry, and told the Nashville Scene that when their cases came up before him, recused himself because he had ‘minimal acquaintance’ with both women.

‘At no time did I intervene on their behalf during or after judgments were rendered by the appropriate courts,’ Moreland said.

Moreland was accused of trying to pay Amos $6,100 through an intermediary known only as ‘J.P.’ in exchange for her signing an affidavit in which she would recant her statements about his improprieties, the complaint said.

At the FBI’s direction, the intermediary recorded the meeting, during which Moreland said, ‘this right here gets me out of trouble,’ according to the complaint.

Moreland told an intermediary get Amos ‘liquored up real good’ before mentioning the affidavit, which had been written as if she had authored it herself, and bought a temporary ‘burner’ phone because he was worried about his phone calls being monitored, the complaint said.

In an attempt to further ruin Amos’ credibility, Moreland also schemed to plant drugs on her and have a police officer pull her over in a traffic stop, the complaint said.

‘As the conduct outlined in the charging document makes clear, allowing Judge Moreland to continue to exercise the vast power over the lives of individuals as a sitting judge can severely jeopardize the constitutional protections afforded to our citizens,’ Acting US Attorney Jack Smith said at a news conference last year.

Moreland is being held at the Grayson County Detention Center pending his June trial.